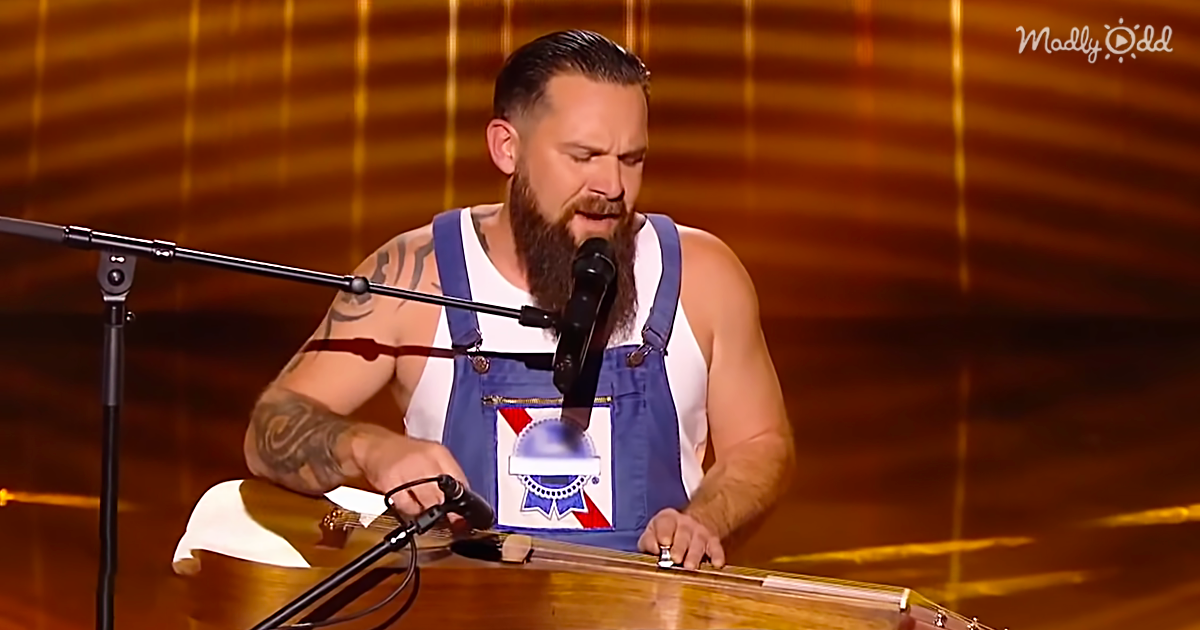 Will Barber picked one of the most iconic songs of the century for his The Voice Blind Audition. Here in France of all places, Pink Floyd’s megahit ‘Another Brick In The Wall’ was given a Southern spin by this unlikely contestant. His interpretation came as a truly refreshing take on a song that is instantly recognisable in its original style.

Coach Zazie didn’t even wait to hear Will sing before turning. His strumming was enough for her, turning to see Will seated with an instrument resembling a guitar flat on his lap – Will has these custom-made for him. It didn’t take long to convince the others. All four coaches were eager to have him, especially Zazie dancing atop her chair.

‘Another Brick In The Wall’ by Pink Floyd is paid tribute by Will Barber in his performance on The Voice France. What follows is quite unconventional, but equally as amazing as it is different. Will Barber has a voice that carries the timeless rock ballad to a place of new depth & range while retaining the same essence & feel.