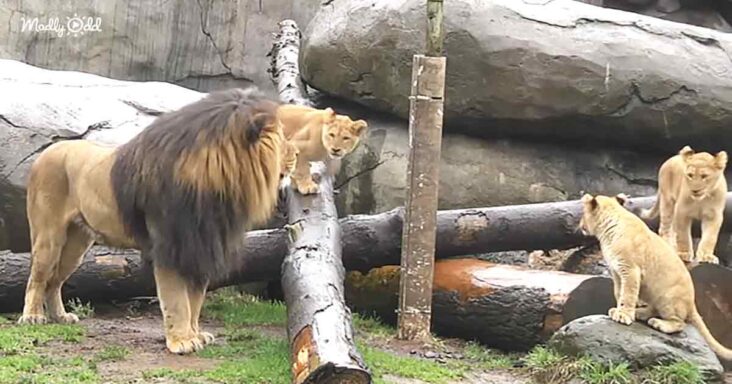 At Oregon Zoo, three adorable six-month-old lion cubs met their dad for the first time. The cubs’ names are Kamali, Zalika, and Angalia. Their father is Zawadi, and their mother is Neka. 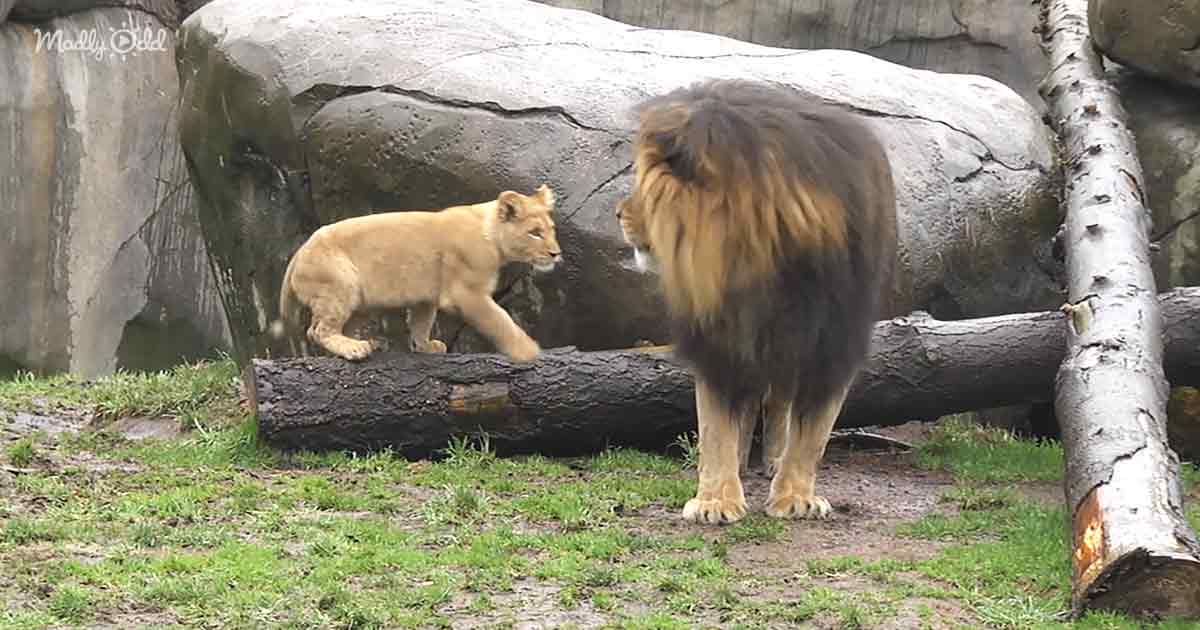 Zawadi and Neka were brought into the zoo with another adult female named Kya. The zoo’s goal was to have the lions breed, and they were successful in giving birth to the three cubs.

When Kamali, Zalika, and Angalia meet Zawadi they run straight to him. Zawadi appears a bit overwhelmed at first and bares his teeth at them. That doesn’t scare his cubs enough, though. 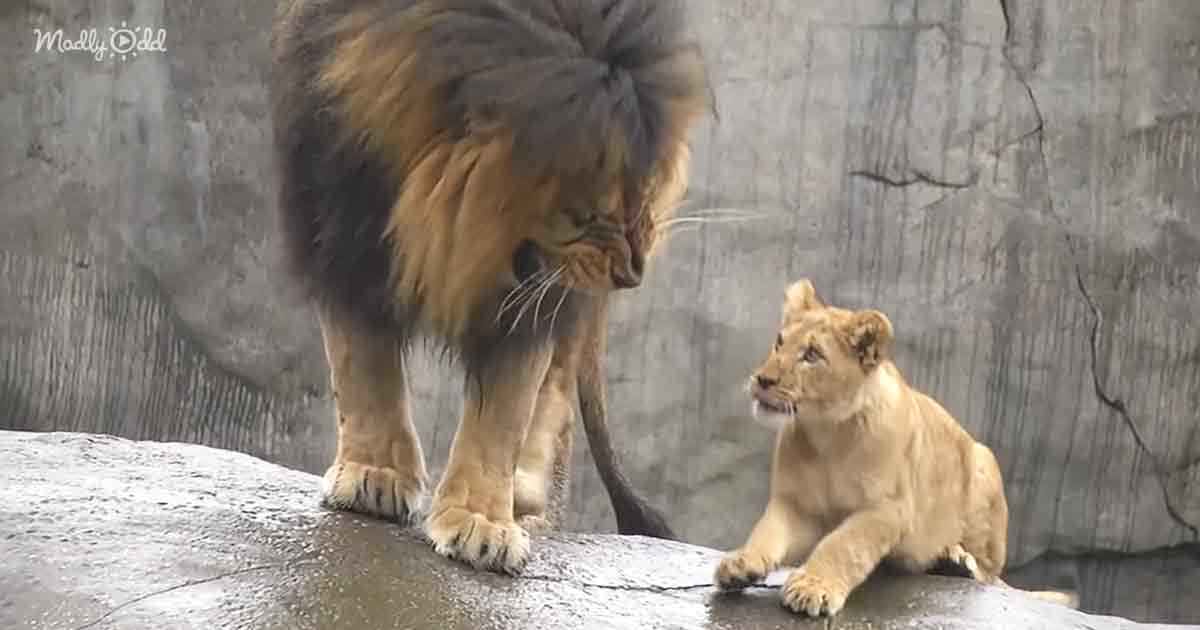 Eventually, Zawadi is surrounded by his playful children, and he hops onto a boulder to try and get some space. Neka checks in on the four of them to see how things are going.

Each lion cub has a distinct personality with meaningful names. Angalia is a Swahili word for “look out,” and they named her this because she has always been a feisty cub. 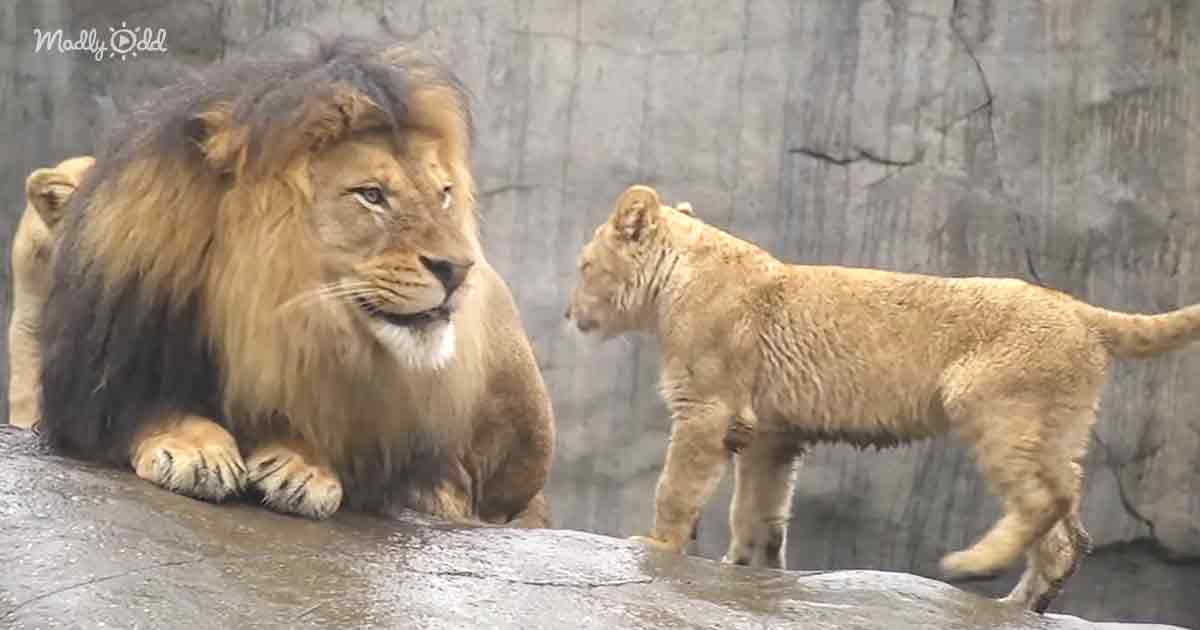 Zalika means “well-born” in Swahili, which is an homage to her father. Kamali was born with health issues and ended up being the smallest cub. For the Shona people in Zimbabwe, Kamali is a spirit that protects babies.

It was a great first meeting between a father and his energetic children. They got to know each other, and Zawadi felt more comfortable with them while teaching them how to behave around him.