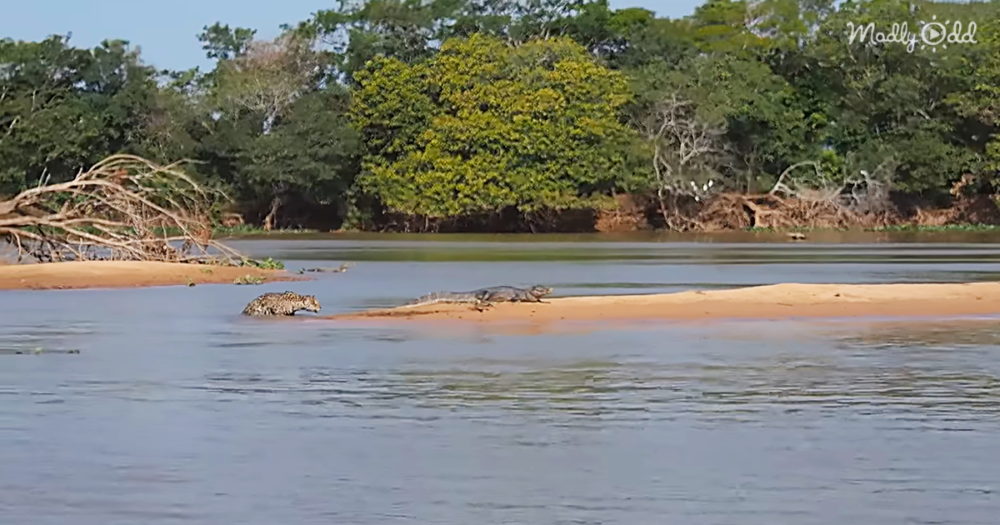 Cats are afraid of water, or that is the general assumption most people make. There is one however, that has no issues in swimming around at all. This is the Jaguar who loves swimming and prefers to stay close to the waterfront where it catches its spray in and next to the water. Where its natural camouflage is less effective in this environment, it makes up with its incredible stealthy movements.

After the pictures taken from this National Geographic video already went viral, the video itself following in its footsteps, also brings now brings out so much more of the incredible talent of the jaguar’s stealth approach and brute strength. The jaguar sneaks up on its prey in central Brazil, a medium-size caiman. The caiman is a crocodilian alligatorid, more closely related to alligators, but still in the same family-tree as crocodiles, therefore the similarities. 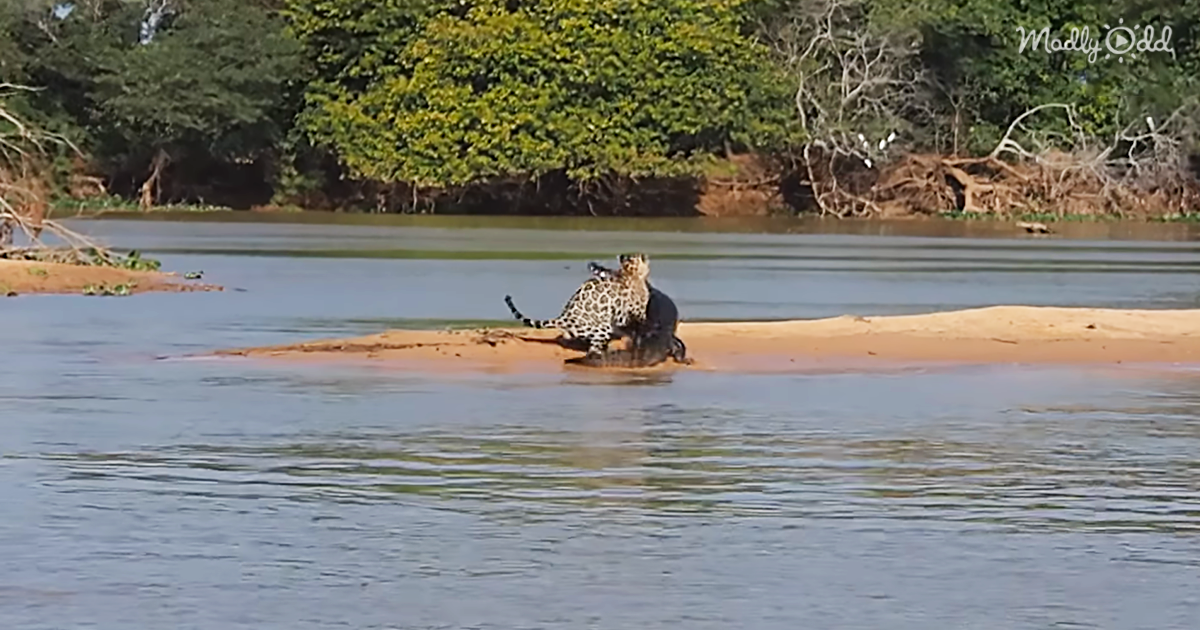 Caiman is smaller than crocodiles, reaching the average length of about 6.6 to 8.2 ft (2 to 2.5 m) long. Still being the deadly and powerful reptilians they are, they have few natural predators. They only get preyed upon by anacondas and jaguars. What probably makes this footage more unique is the fact that this jaguar has no hesitation in taking on a midsized caiman, where they usually would only pray on the smaller sized ones. The jaguar has to swim across the river, approaching its prey from behind so quietly that it doesn’t realize that it is stalked, until it’s too late.

When the big cat jumps out of the water, the caiman tries to dash for the water right in front of it. But being a cat, it just took one bounce and a pounse to land on the back of its prey, forcing its powerful teeth through the armor of the reptilian, just behind its head. With either its braincase penetrated or its central nervous system crushed, the caiman dangles motionless in the big cat’s jaws, while being dragged off.