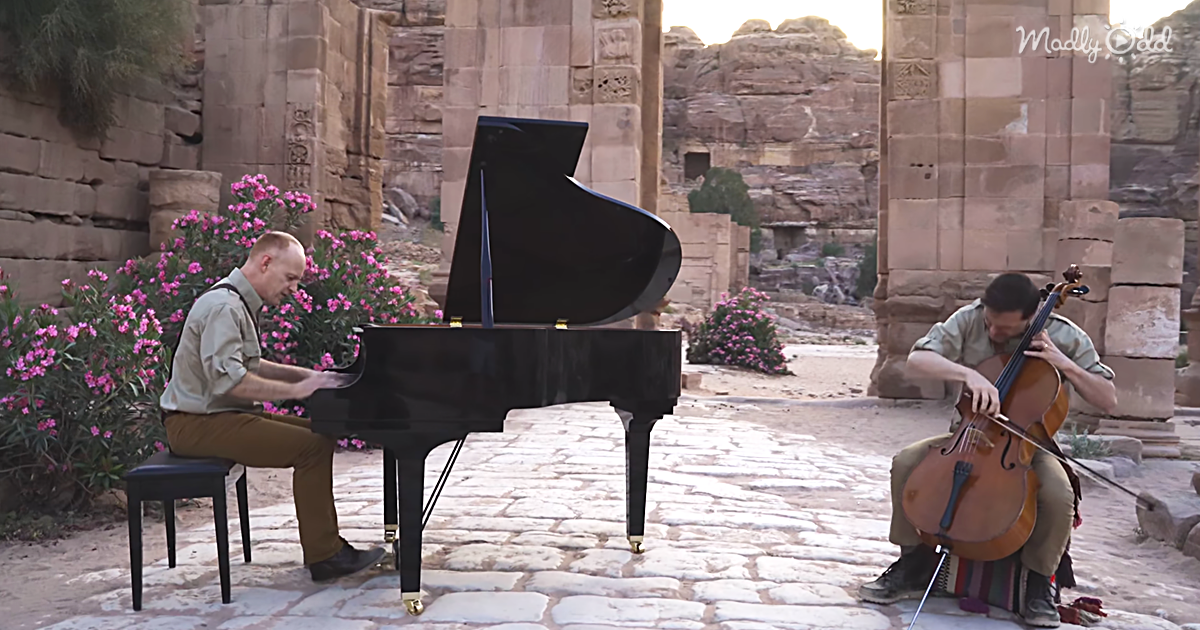 ‘The Piano Guys’ have transformed the soundtrack from Indiana Jones into an upbeat, eclectic Arabian remix. Pianist Jon Schmidt and cellist Steven Sharp Nelson embark on a musical journey through where ‘Indiana Jones and the Last Crusade’ was filmed. The ancient ruined city of Petra, Jordan, serves as the ideal idyllic backdrop to one of the most exciting instrumental duos.

An incredible audio-visual progression between the place where Moses drew water from a rock and the bustling trade city of Amman ensues. Quicker and quicker, this classical track influenced by the symphonic suite ‘Scheherazade’ progresses, inheriting the Middle Eastern influence of Arab folktales told in song.

This compositional masterpiece combining the essence of ‘Arabian Nights’ and both the visuals & legendary sound of ‘Indiana Jones’ is a beautiful arrangement on every level. Piano, cello, and percussion have never sounded better than this gracious example of art. Indiana Jones rocks Petra with this Arabian classical remix! – ‘The Piano Guys’ have outdone themselves.