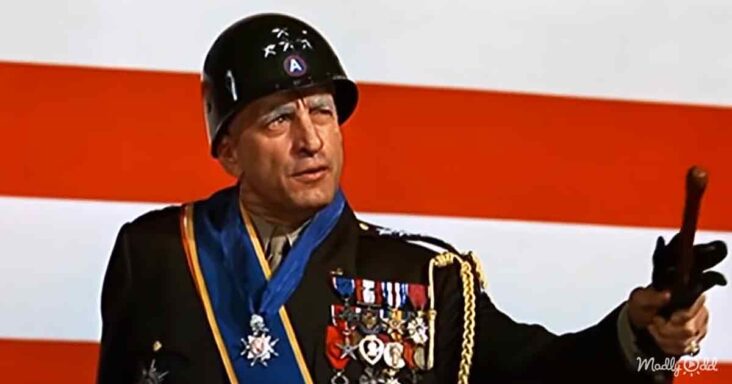 George C. Scott has been in several iconic movies, spanning Doctor Strangelove to The Rescuers Down Under. None of his roles were more iconic than playing the lead General of Patton. 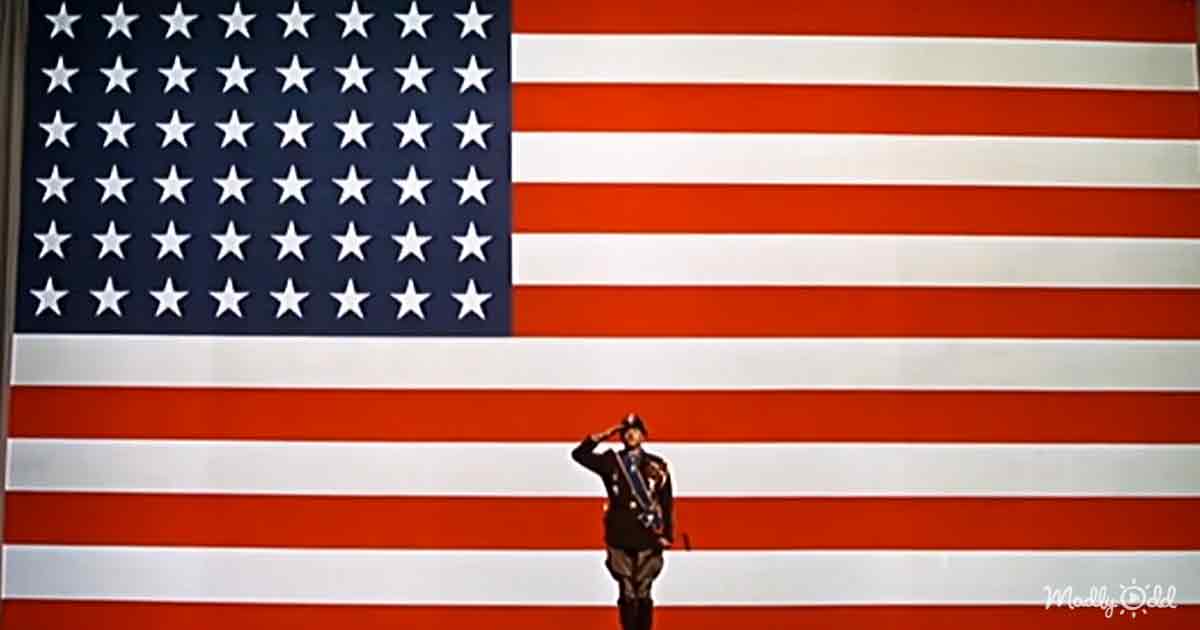 Scott delivered a fantastic performance that led to him winning numerous awards. There are many great scenes in the 1970 film, but the best is his speech.

It’s a legendary motivational moment. Amid a giant American flag background, Scott enters as Patton in a full uniform. He walks up to the front of the stage and assumes a saluting stance.

A trumpet plays as he stands firm in salute. We get a bunch of closeups of the man. We see many rings on his fingers and medals on his uniform.

As the trumpet solo finishes, Patton assumes a more relaxed stance. He tells the audience to be seated. We can hear the audience behind the camera sitting down. 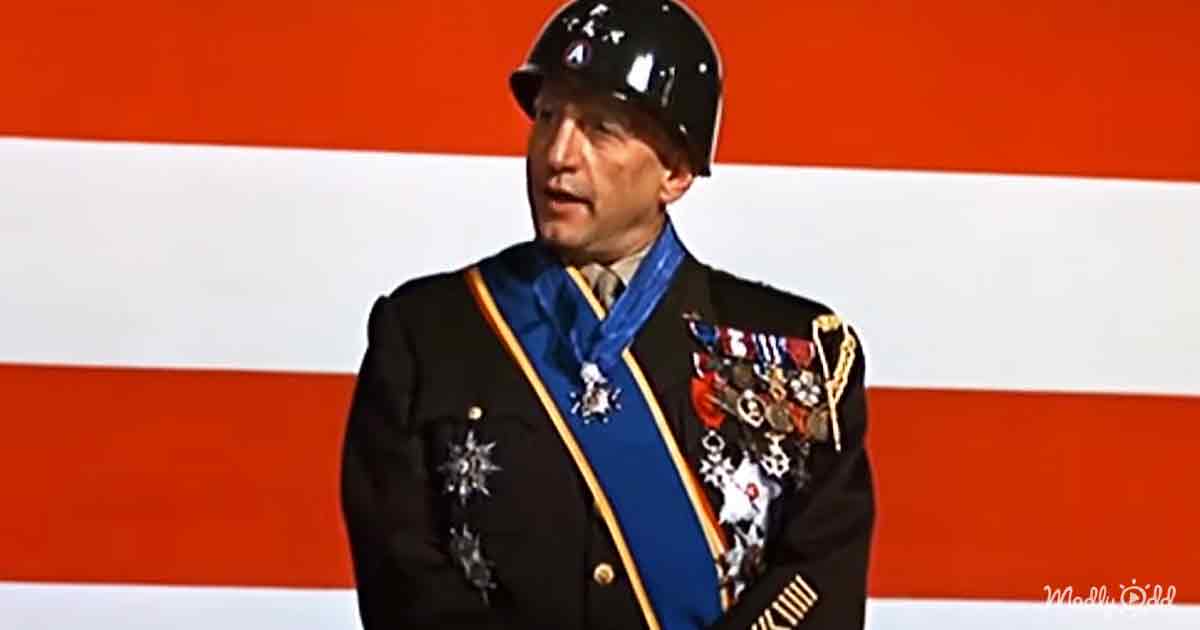 Patton starts by telling the soldiers what it means to win a war. One thing he highlights is how wars are not won by dying for your country. They’re won by ‘making the other poor dumb bastard die for his country.’

Patton talks about politics by stressing that Americans were born fighters. He speaks of how the soldiers were once children who admired the best. America, as he describes it, loves winners and hates losers.

Patton paces the stage and stresses how America will never lose a war. He highlights how an army is all about teamwork, and that individuality is crap. He condemns the Saturday Evening Post for an article on individuality.

When Patton brings up how they’re the finest men with the finest equipment, Spirits are built up. He pities the enemy for how strong his army will be.

Patton gets rather graphic with his descriptions. He brings up how when his men meet the enemy, they’ll ‘cut out their living guts and use them to grease the treads of our tanks.’

Realizing there’s still fear, Patton address the men who may tense up under gunfire. Patton says this won’t be an issue. Duty is something he knows all soldiers have in their gut.

He sums up this instinct best: ‘When you put your hand into a bunch of goo that a moment before was your best friend’s face, you’ll know what to do.’ 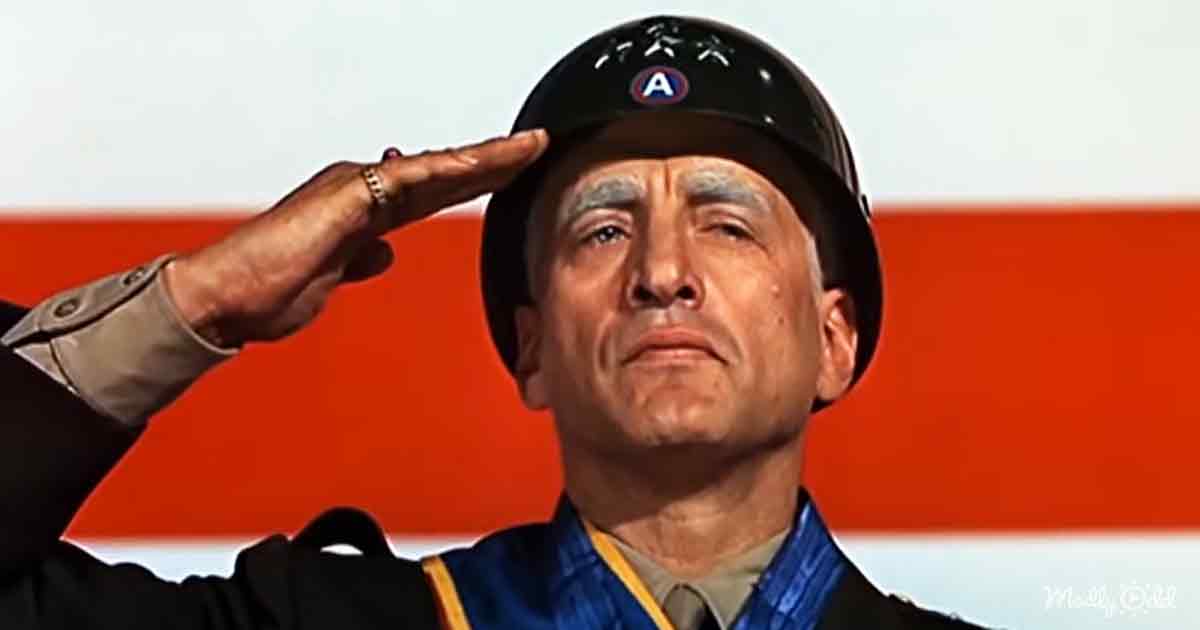 Patton brings up how he never wants to receive orders that positions are being held. That’s not acceptable. His army should constantly be advancing.

As Patton describes his method of advancement, ‘we’re gonna go through him like crap through a goose.’

For the men who make it back home, Patton brings up how they’ll have quite the story. He assures them that war stories with their grandchildren will be memorable ones.

Patton closes his speech by showing admiration. ‘Oh, I will be proud to lead you wonderful guys into battle anytime, anywhere,’ he states.

‘That’s all,’ says Patton as he finishes. He then exits the stage, preparing for war.

This speech has been one of the most memorable movie speeches. It’s been parodied in everything from The Simpsons to the Sesame Street movie Follow That Bird. It remains just as powerful today as it was in 1970. 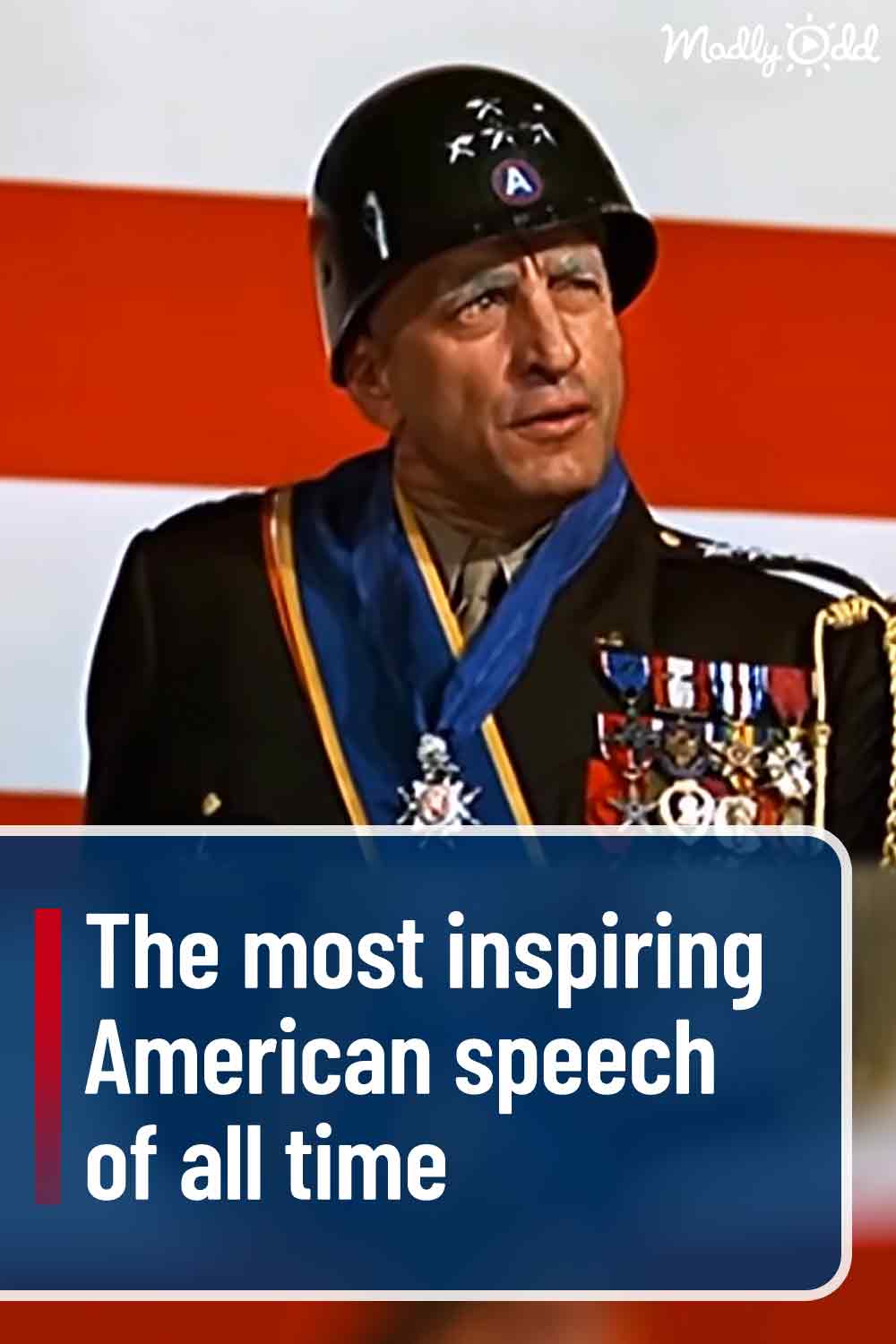