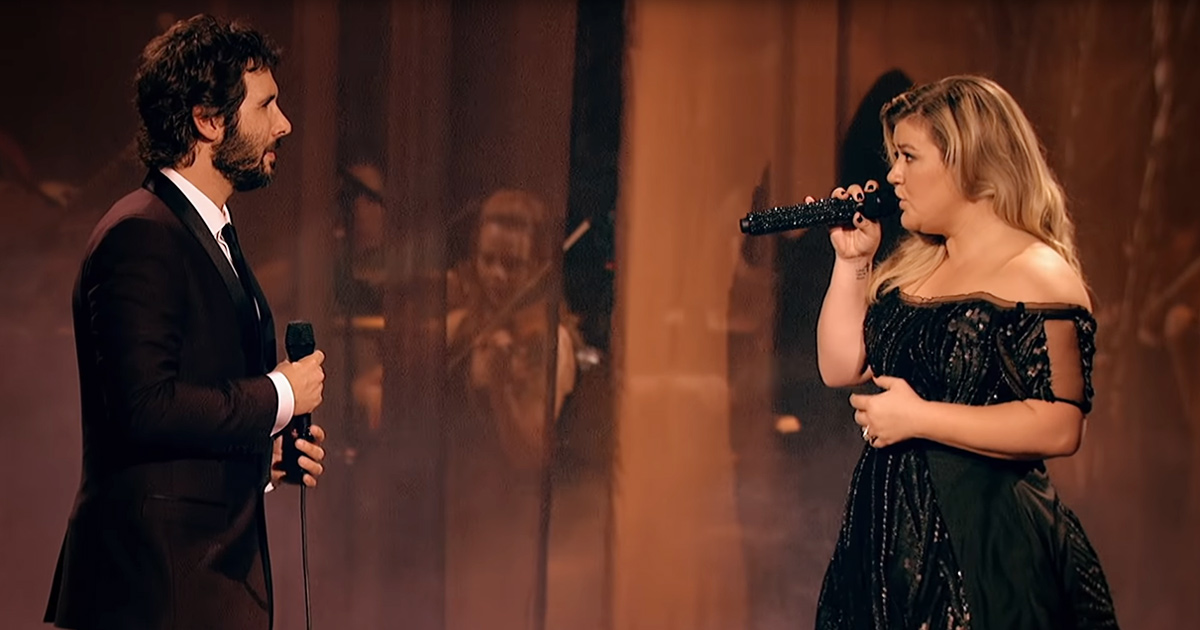 Kelly Clarkson, American Idol superstar, and Josh Groban, a multi-platinum chart-topper, are both loved by music aficionados all across the globe for their incredible voices. But when the two teams up together, we’re left speechless.

In this haunting performance, Clarkson and Groban pay tribute to one of the most famed musicals ever written – The Phantom Of The Opera. Though the storyline is based on a 1910 French novel, the beautiful message is still just as poignant nearly a century later.

In this clip, the two reenact Christine and Raoul’s showstopping duet “All I Ask Of You” in front of an opera house-esque backdrop, complete with three larger-than-life chandeliers. For music and theater lovers alike, this video has it all.

As the final note rings throughout the auditorium, Clarkson and Groban come together in a triumphant embrace while the crowd erupts into thunderous applause. This is one performance we won’t soon forget.