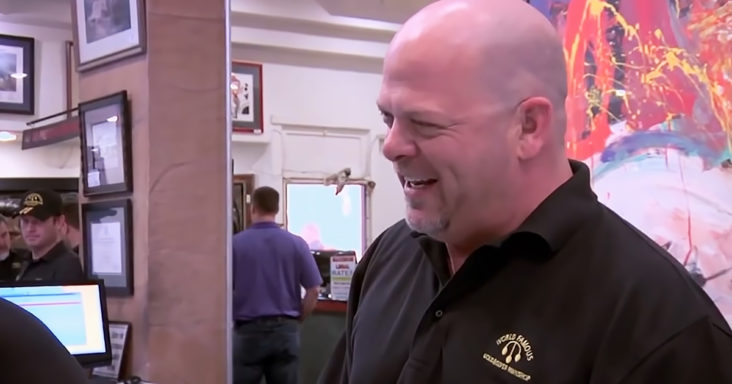 Reality show Pawn Stars got the opportunity of a lifetime when they were offered 5 super rare and super illegal items. These included a gun desk, a tortoiseshell guitar, a 1950s German spy camera, a 1973 Penn State Orange Bowl Ring, and a Shekel from Tyre.

This video shows a couple of rare illegal items brought to the Pawnshop to be sold to the Pawn Stars. When it comes to Pawn Stars, a lot happens while the cameras aren’t shooting. With Pawn Stars, things aren’t always exactly what they seem. The original cast included the family patriarch Richard Harrison, his son Rick, Rick’s son Corey, and Corey’s friend Chumlee. Chumlee is not a Harrison like the other cast members. Chumlee’s full name is Austin “Chumlee” Russell.

This episode begins with a woman named “Janet” introducing her very rare and illegal desk. The desk she presents looks just like any other regular desk. Still, this desk contains a gun system mechanism in its interiors. She called it a “Gun desk.” But unfortunately for her, the gun expert who comes in to analyze her gun deck claims she needs to get a gunsmith to deactivate the gun mechanism before she can sell it legally. 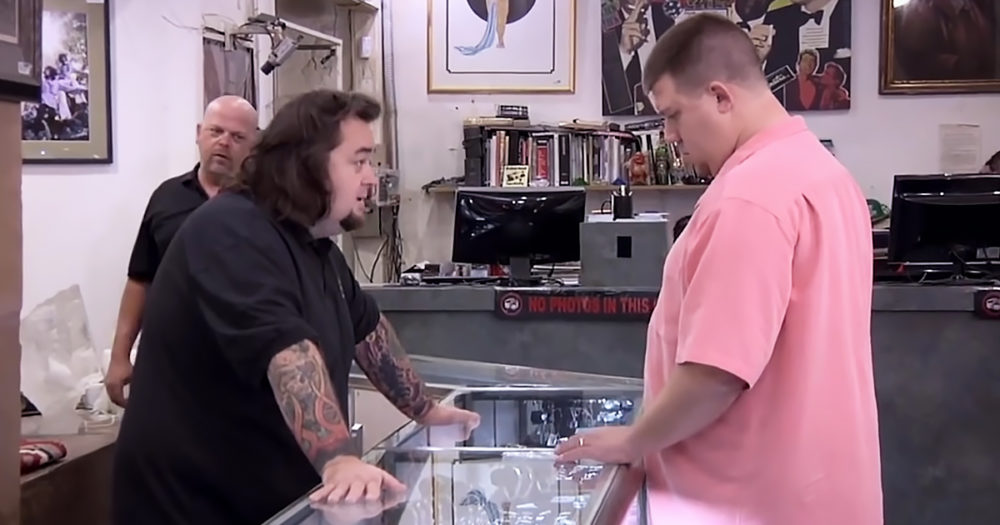 A second Guy walks into the Pawnshop and shows his spectacularly rare guitar. The base of this guitar was made with what looked like a tortoiseshell. The pawn stars bring in a guitar expert to examine this rare object. After observations from the guitar expert, the rare tortoiseshell guitar is illegal; therefore, the pawn stars can’t buy it.

A 1960s German spy camera is the third rare and illegal object we see as the video progresses; this camera was brought in by a guy named “Justin.” After critical observations, the camera was taken. However, evidence found on the camera suggested that it was stolen.

The second to the last item brought into the Pawnshop was a 1973 Penn State Bowl Ring. This ring is truly rare and valuable because Penn state made its orange bowl debut in 1969. And upon close examination, the ring also had unclear information about its actual owner and identity. Making it somewhat illegal to buy.

The last guy that we see walks into the Pawnshop with what looks like a coin. But this coin seems so old, and it is believed that it was a “Shekel of Tyre.” Lucky for the coin seller, he could make something out of this coin after an extended price battle with Rick Harrison. Rick bought the coin at $1600. At the end of the clip, we get a glimpse into the comical dynamic between the family members, with Rick at the center of it all. He just can’t seem to catch a break with his father.