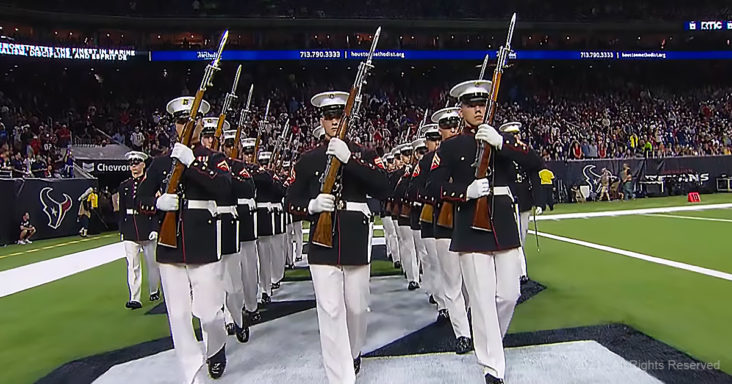 You can hear a pin drop as The Silent Drill Platoon performs a halftime show at an NFL game.

The precise timing of military drills are always impressive to witness. What makes The Silent Drill Platoon so extraordinary is that the entire routine is done in complete silence.

Performing a halftime show at a Houston Texans vs Colts NFL game, the 24 man platoon of hand-picked US Marines march out to the field with their bayonetted 10lb rifles held high.

Without any commands from the Drill Sergeant, the platoon reaches the 50-yard line and begins their hypnotic routine. The sound of the rifle being slapped is so satisfying! 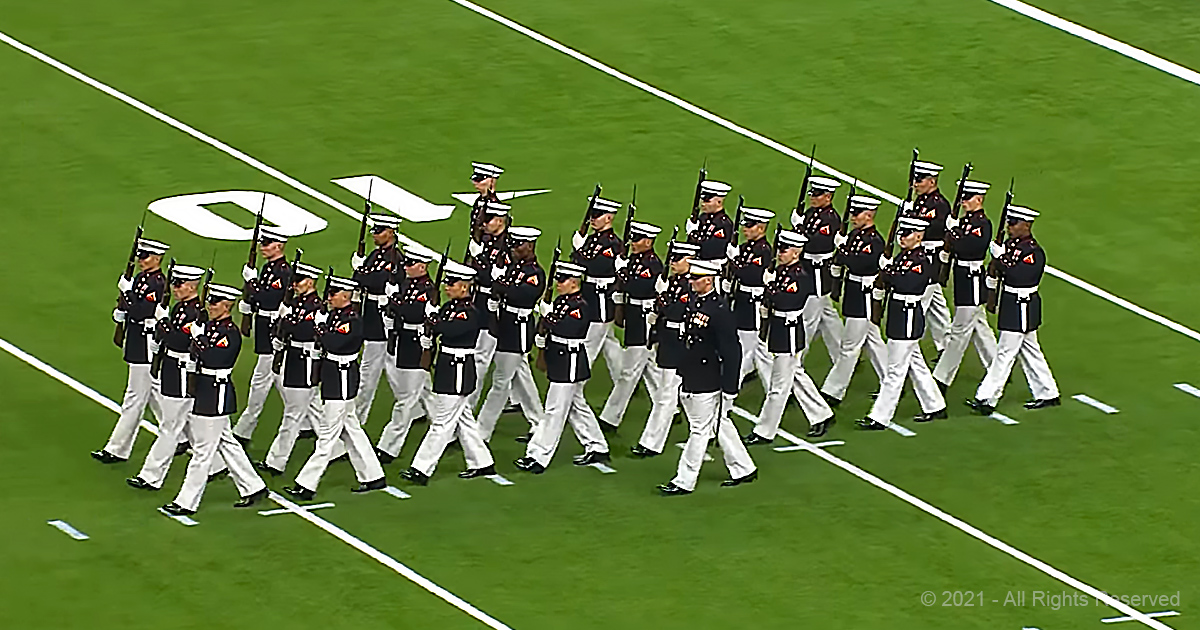 Demonstrating incredible control, one marine loses his cap, with it even obscuring his view at one point! The marine is completely unphased and continues his routine perfectly.

The crowd goes crazy when the weapons inspector incorporates the returning of the cap into the routine, then beginning a series of phenomenal rifle spins that leaves the crowd stunned.

Spinning, swapping, and swinging the heavy rifles to and fro, the Silent Drill Platoon shows the world that US Marines are incredibly disciplined and worthy of nothing but respect. The routine is flawless.