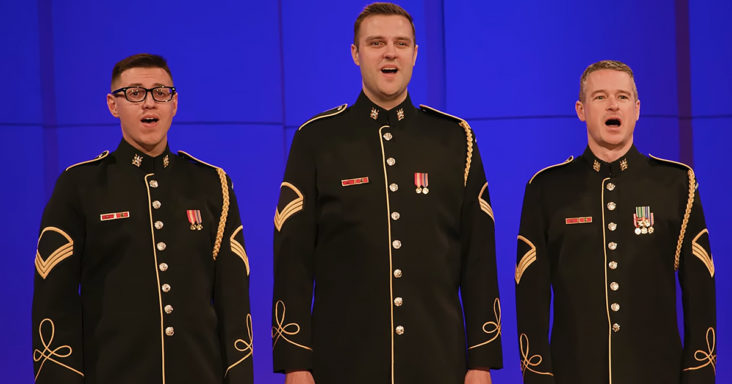 Stephen Sondheim was a titan in the world of Broadway. The United States Army Chorus wanted to pay tribute to this amazing lyricist and composer by performing a song from one of his shows. 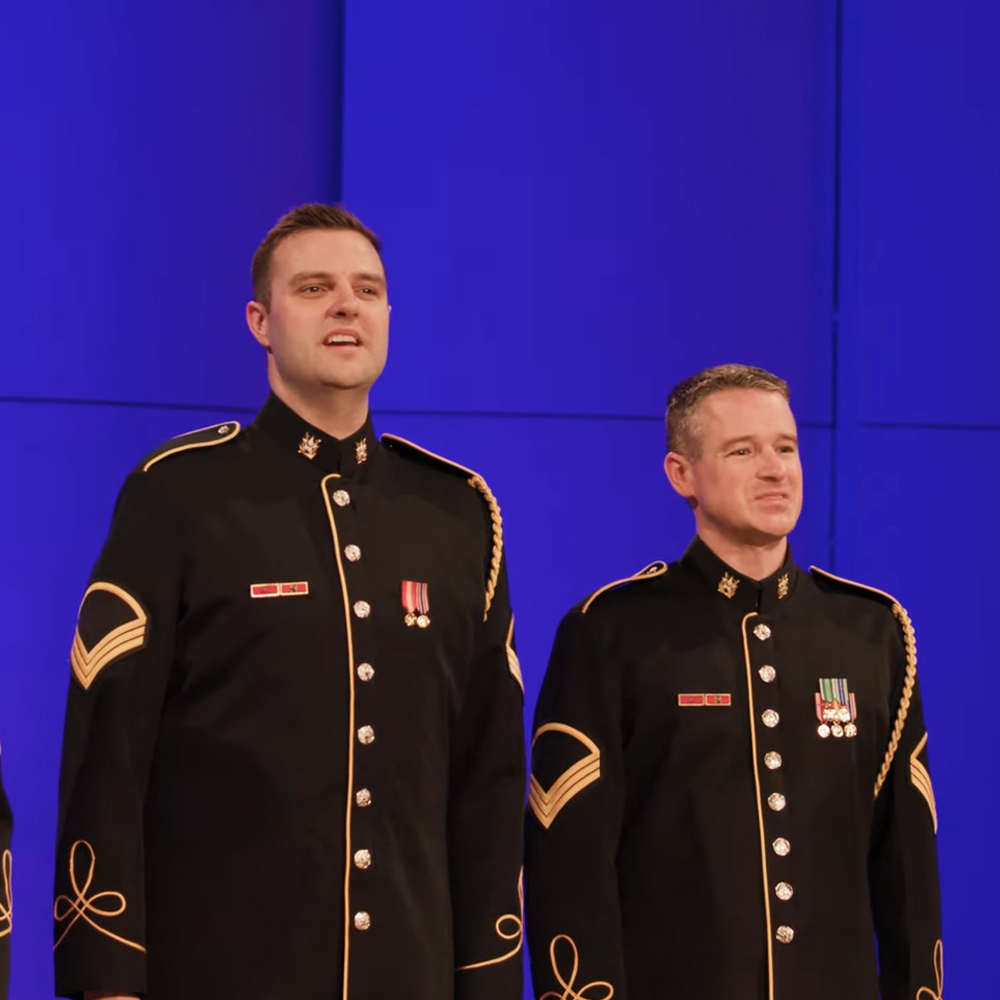 They chose the song “Not While I’m Around” from the popular Broadway show Sweeney Todd. The show was later made a cinematic movie starring Johnny Depp and Helena Bonham Carter.

The four gentlemen harmonize perfectly to sing the soothing lyrics of comfort that the song provides. Looking dapper in their dress uniforms, they sing their hearts out on the stage. 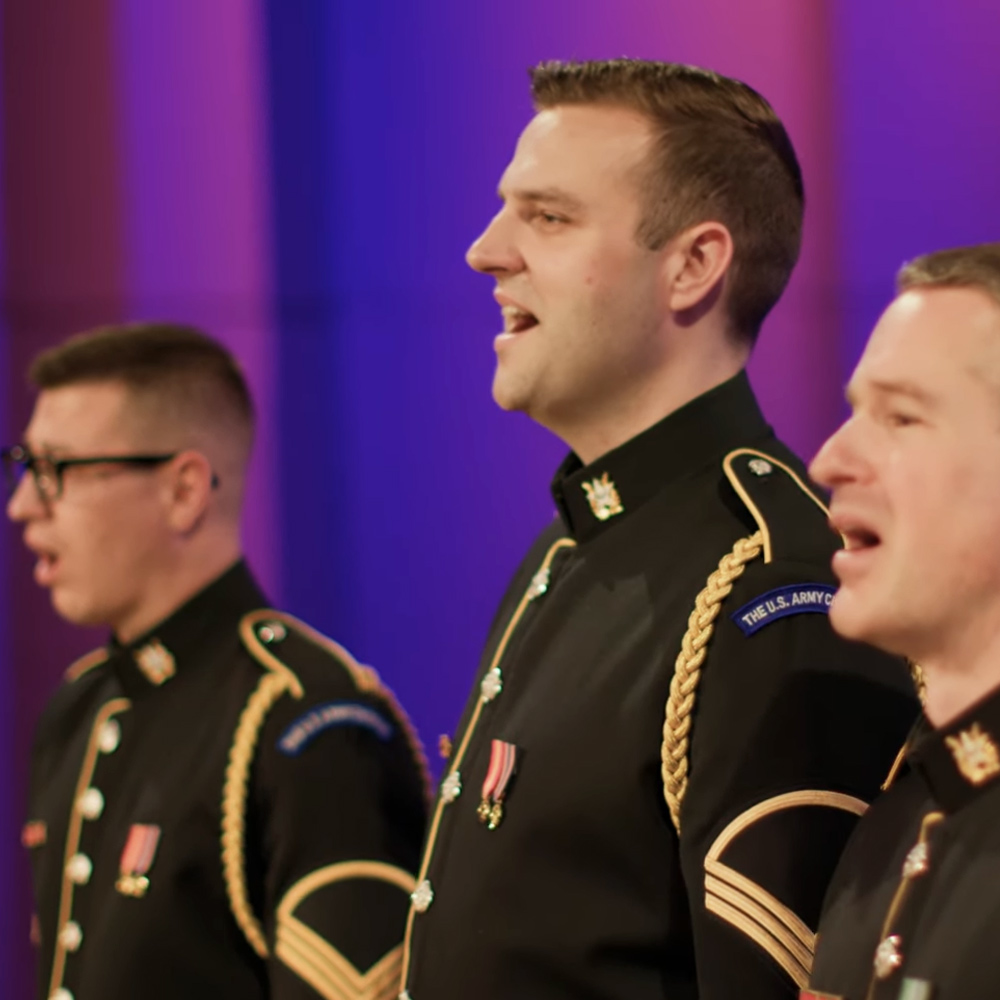 Each man from the Army quartet has his own unique voice. The tallest of the group leads the others in singing the verses. The other voices accompany him in the chorus.

The bass of one of the men is so beautiful that many fans can’t help but point it out. They are all at ease on the stage. It’s not hard to see that they enjoy singing together. 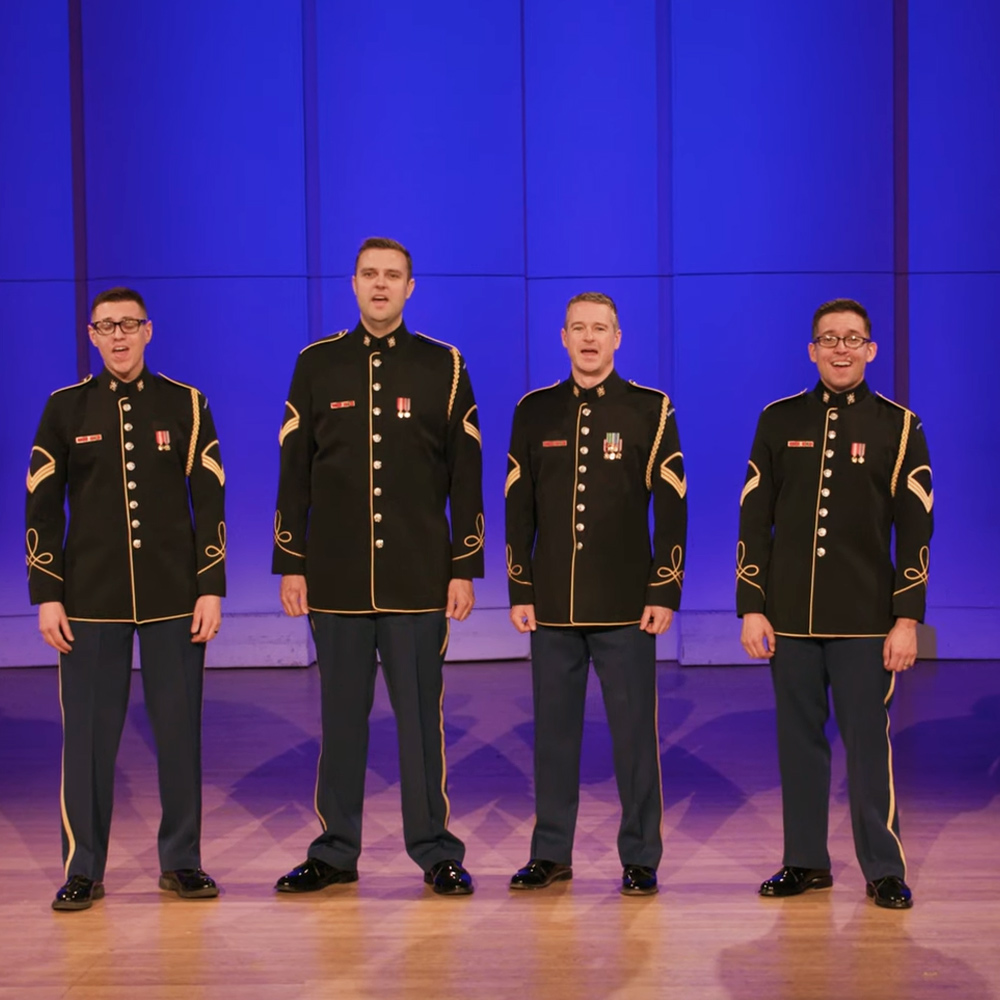 The way these men work together to bring wonderful music to our ears is a tribute to the Army’s training on teamwork. This quartet must be a powerhouse in the field as on the stage!

This beautiful tribute to a beloved Broadway composer shows how much the Army appreciates the arts. The U. S. Army Chorus is so talented; they should sing another Broadway tune again soon!