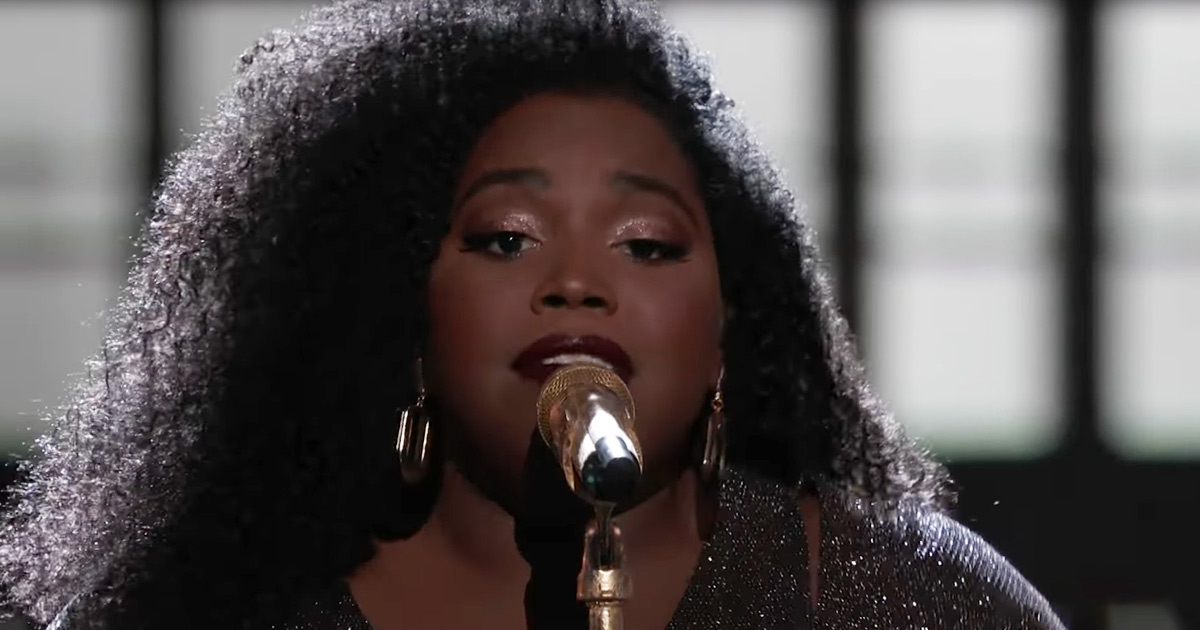 When you make it past the blind auditions on The Voice, you’re expected to continuously impress the judges, audience, and viewers of the show. Kymberli Joye shows off with an incredible rendition of “Break Every Chain.”

Joye is no stranger to having one fantastic performance after another. This 26-year-old from Windsor, Connecticut, chose to sing a worship song during “Fan Night” instead of something more secular like the rest of the contestants.

Kymberli is one of the members of Kelly Clarkson’s team. She has been making waves throughout the season, and her performance of “Break Every Chain” is no exception. Many people thought that Joye would win the entire show.

As she sang the heartfelt and passionate lyrics, you could hear how much the song meant to the singer. She is a worship leader in her hometown, and this was one of her favorite songs to sing during church. Clearly, the young woman impressed everyone in the room with this stunning cover.