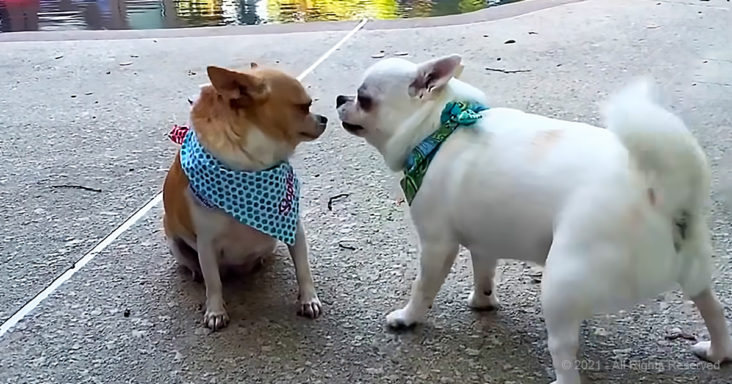 When he starts barking, she tunes him out and acts like she isn’t paying attention. The male Chihuahua seems angry, barking directly into the female Chihuahua’s face.

If you’ve been married for a while, you’ll surely be able to relate to these adorable Chihuahuas. Everything about their body language and interactions screams ‘old married couple’!

Both of them wear cute little bandanas to start with. The white Chihuahua (a male) barks at the female (a red and white Chihuahua). His barks continue to get louder as he tries to get her attention, only to have her turn away.

As he circles and continues to bark, you can tell he’s getting more frustrated. But she is completely unbothered, turning her head away and ignoring him completely.

It’s hard to imagine anything but a nagging husband and a wife who is totally unbothered. From the way these two are acting, they might as well be married.

One thing is for sure – we’re not saying she should leave him, but maybe she should! Surely there’s only so much of his barking that she can take. 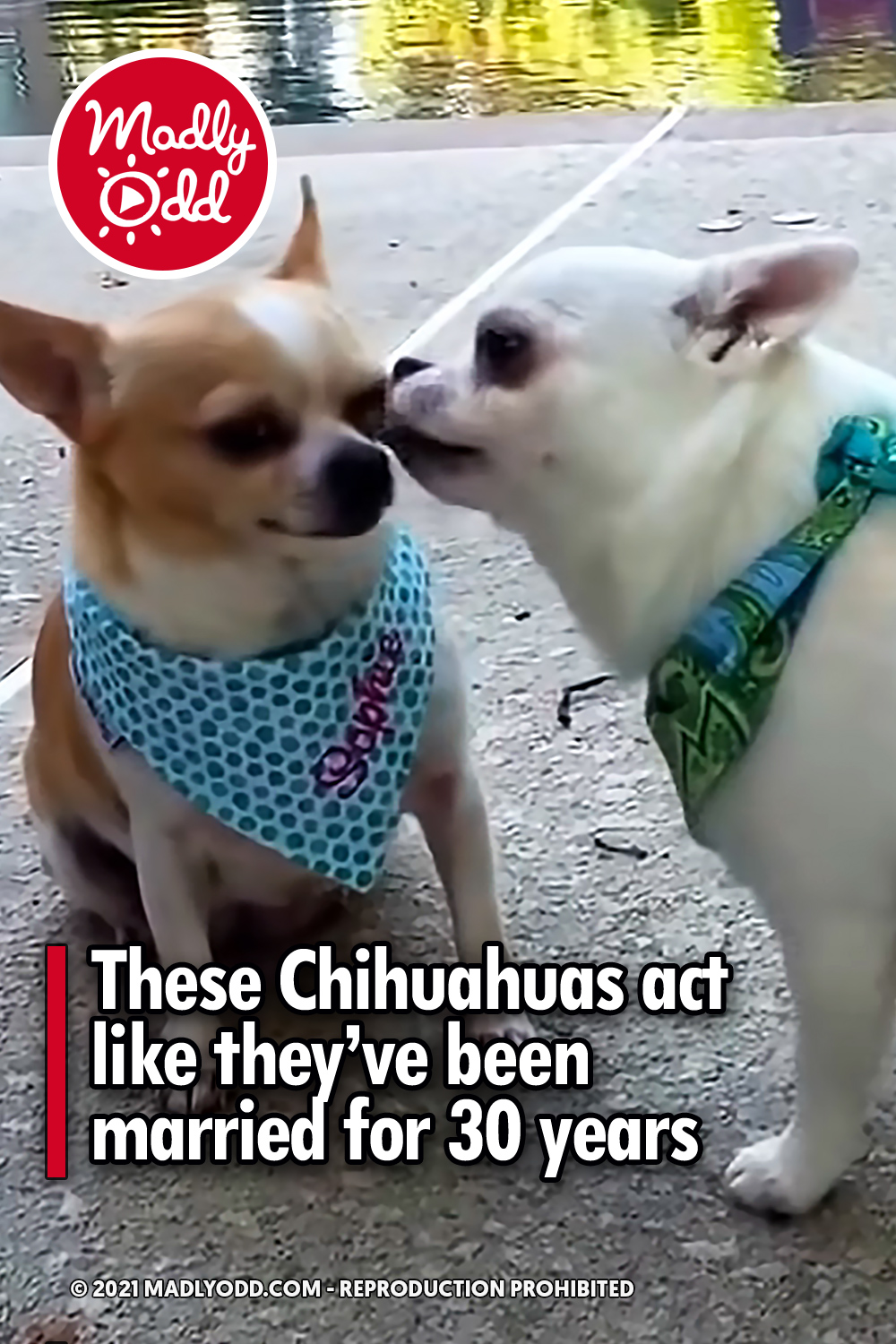