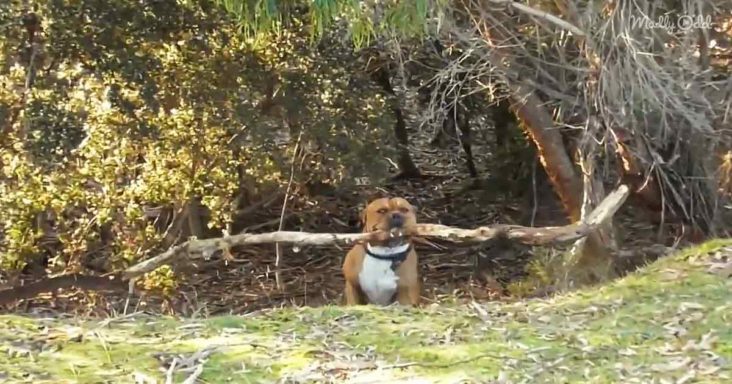 Playful dogs can instantly uplift the mood of any person. The cute pets have been entertaining us with their shenanigans for ages. Recently, a few dog owners have shared adorable moments of their pets online. 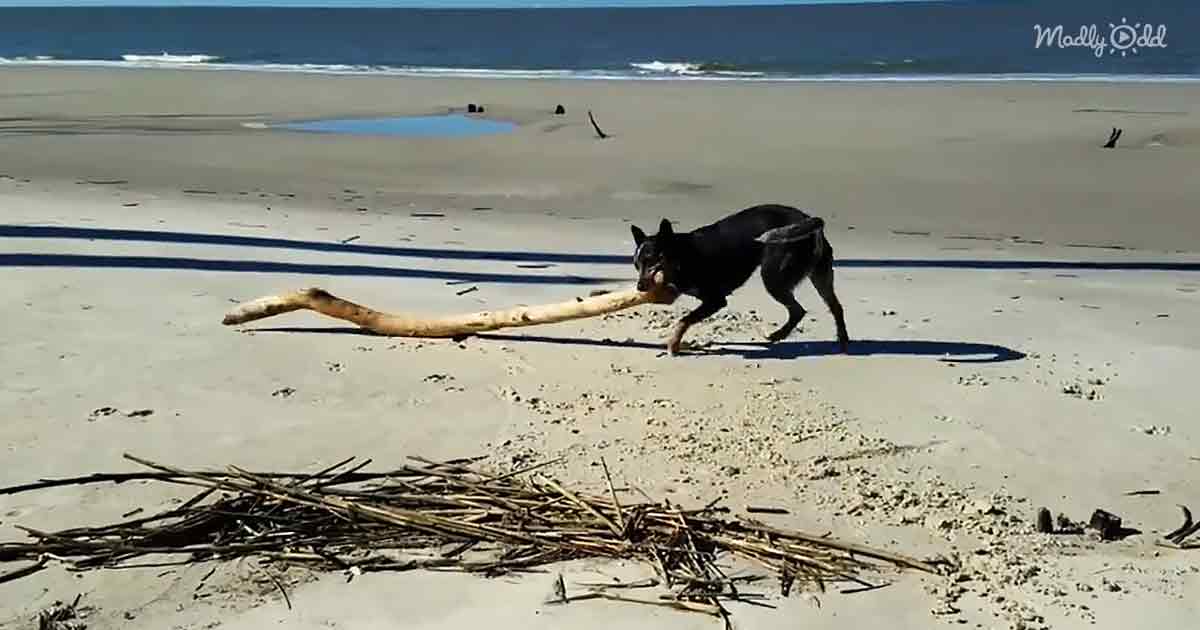 The dogs were found getting involved in picking up sticks twice their size, and made the onlookers burst out laughing. The first owner took his dog to a beach and even helped his pooch get a giant stick.

The adorable dog could not believe his luck and was happy to find a new toy to play with. The cute pooch looked like a tightrope walker, walking with a stick in his mouth. Another small breed dog was found picking a long stick that was twice the size of the cute animal. 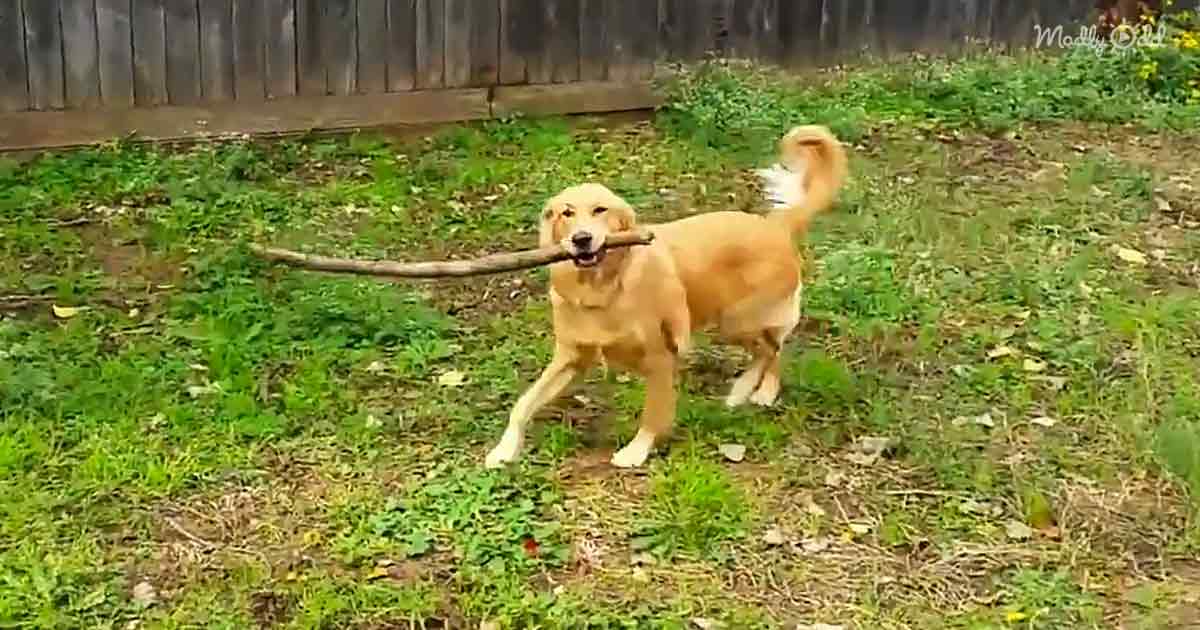 The poor thing was unable to get through the fence door as the stick was too big. Nevertheless, the pooch kept trying to get his favorite toy through the door. Finally, however, he returned to his owner for help when he failed to do so.

The third silly dog tried to drag a vast fallen bark of a tree from the shore of a lake. However, his attempts to get the stick bore him no fruit as it was too heavy for him. 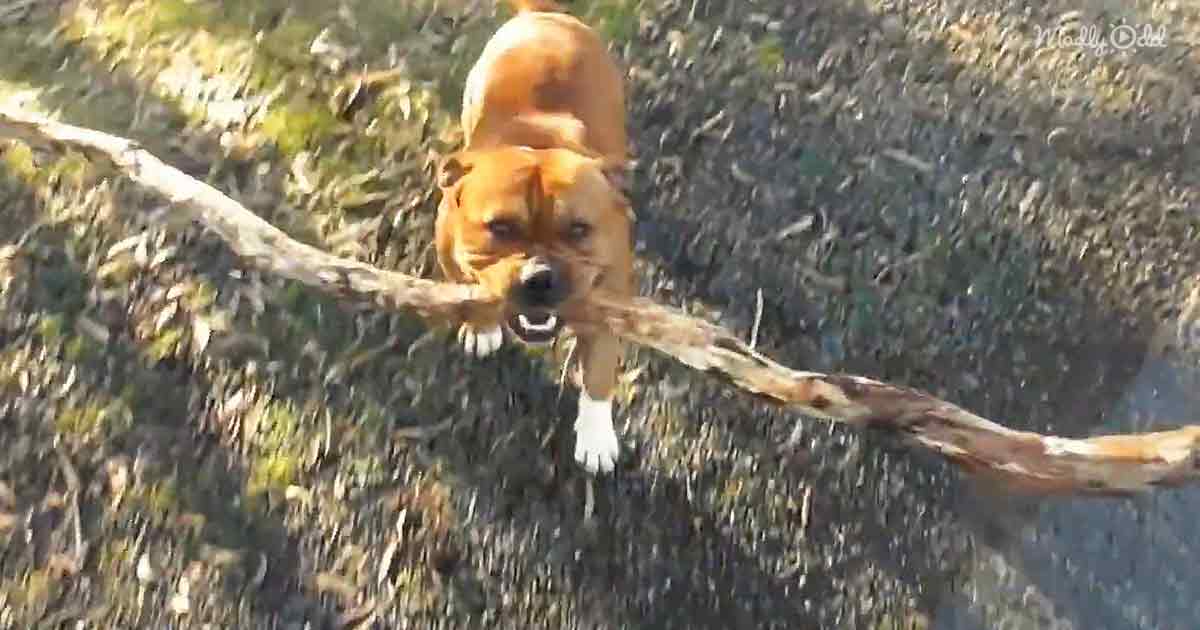 Another cute moment shared by a Golden Retriever owner had the dog roaming around the property, holding a big stick in his jaws. The pooch seemed to be very proud of his achievement and tried to show off his new play toy to his owner.

The next one on the list of cute dogs was a tiny pooch. The little one made sure he took the toy to his make-shift home. Another moment shared by a dog owner had his pup running while he held the stick, even when on a leash. Whatever be the case, these innocent creatures cherish these toys and enjoy playing with them.