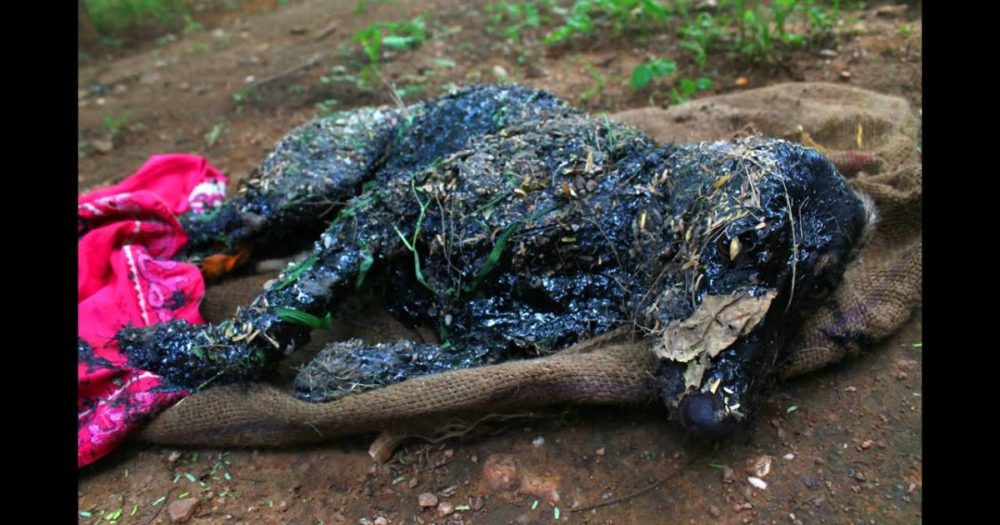 The internet has given us a lot of wonderful and astounding rescues, but you might not have seen one quite like this. One day in India, a dog fell into a puddle of hot tar and he was powerless to move since the dry solid tar was very heavy. This forced him into the ground. Thankfully, a passerby saw the dog struggling and called in some help from Animal Aid United.

Rescuers hurried to help the poor pooch and it wasn’t for them, he would have definitely died. They saw the dog lying there motionless and in pain. He looked rightfully terrified. It took more than three hours over two days to remove all the tar. They applied vegetable oil onto his fur until he was free. 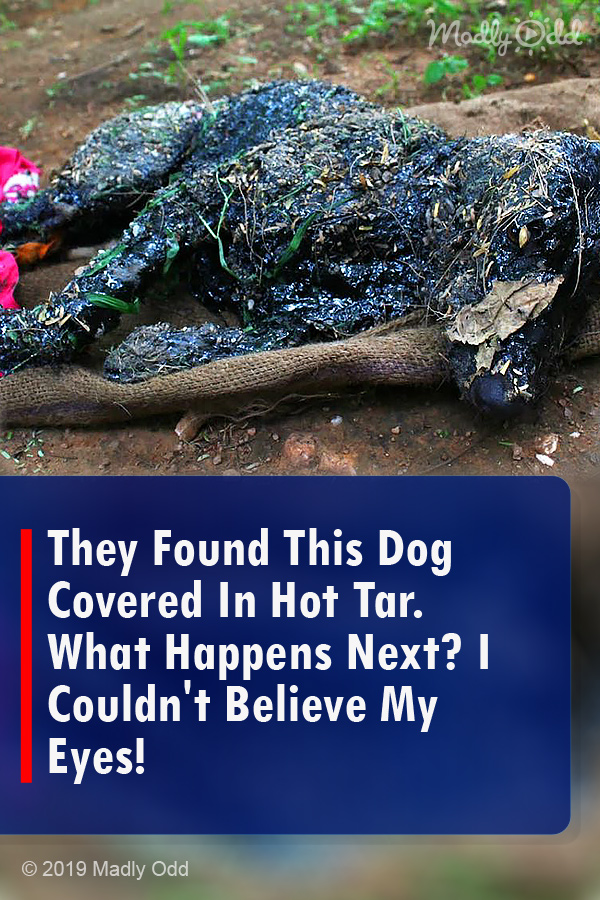