Humans have the ability to bond with many creatures. Just our “Human Nature” gives us a natural sense of caring for all animals, this is with most people of course, and there are exceptions to the rule. We know that the dog is man’s best friend, but another friend from the animal kingdom has been our companion for thousands of years.

Horses and man have, it seems, been working together since time in memorial. Every tale throughout man’s history mentions these magnificent “Equines”. Their braveness in battle, their sheer fun when at play, and of course their pure strength and speed when on the track.

There are many breeds of this powerful animal, the best known being the thoroughbred. We have all seen this master of the racetrack galloping past the finish-line with some poor jokey hanging on for dear life. Then on the other end of the scale is the “Falabella” the world smallest horse which stands no more than 8 hands, that’s about 32 inches short. But have you ever heard of the “Akhal-Teke” breed?

The “Akhal-Teke” horse is in many people’s eyes, the “most beautiful” horse in the world. They are originally from
Turkmenistan, and are that countries national emblem. This country, best known for its important role as part of the “Silk Road” days is the only place in the world where these horse breed. There are only about 6,600 Akhal-Teke horses, and they are mostly in Turkmenistan or Russia, though there are some in Europe and North America.

This rare breed of equines are known for their speed and endurance and are highly intelligent. They have a very distinctive metallic sheen to their coats which gives them the nick-name of the “Golden Horses”. Akhal-Teke horses are believed to be one of the oldest existing horse breeds known to man. They were named after “Akhal” the line of oases that border the north slope of the “Kopet Dag” mountains which were inhabited by the “Tekke” tribe of Turkomans.

Today this breed of elusive equines are mostly seen on the show circuit. Some people think that they are so special that they have been called “The Eighth Wonder of the World” a title that after you see the video below, you to may well agree with. Their amazing coat is the first thing that will strike you. The horse in this video looks like he is made from a precious metal, and his grooming is to perfection.

As this horse is lead around the show-ring you can’t help but admire the beauty of this magnificent breed. It is possible that this will be the one and only time you will ever see one of these animals, so enjoy the sight of what is truly one of Mother Nature’s gifts to mankind.

That leaves only one more thing to say “Hi HO Silver….and Away”. 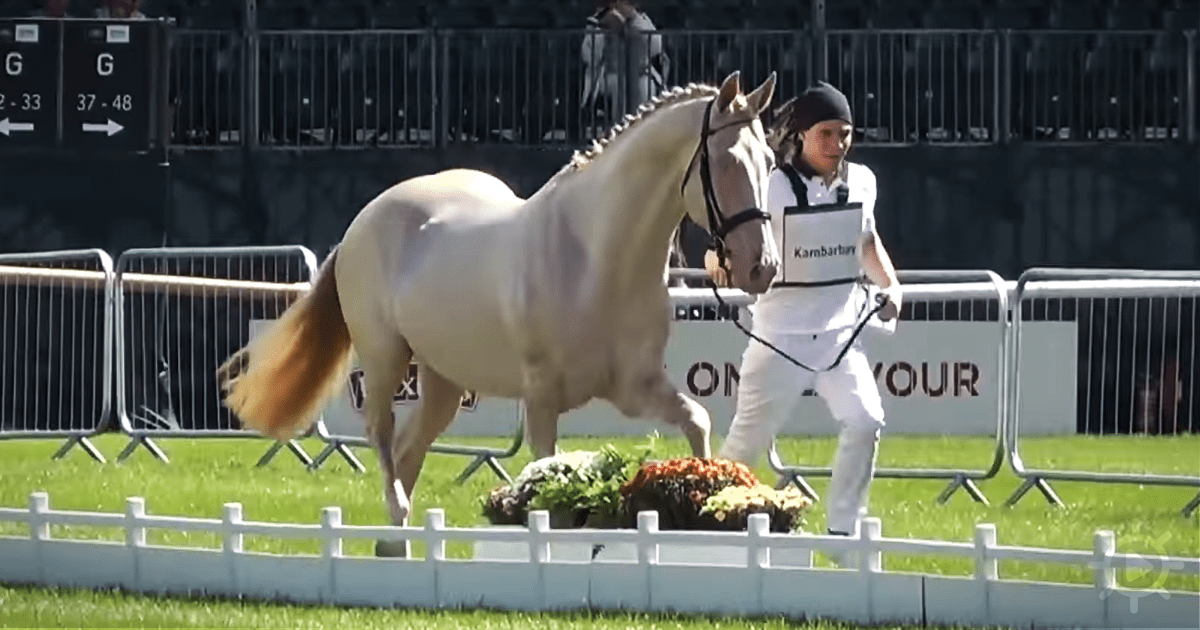