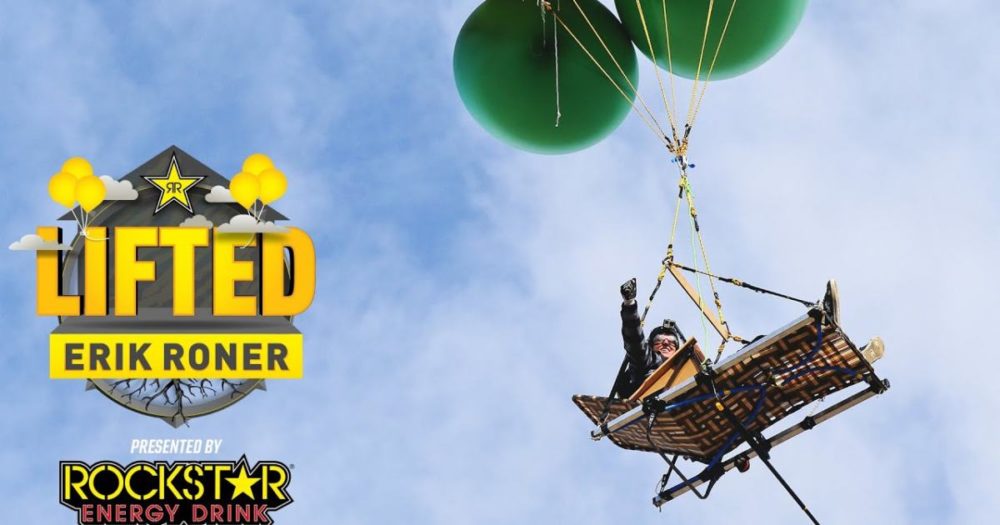 Base Jumper Erick Loner on his quest to craziness led him to try something which every person must have given a second thought to. Flying with the balloons. Everyone at some point of time must have wished the same; but well he is doing it in this video.

He gathered 50 tanks of helium to inflate 90 massive balloons, tied them to a lawn chair, and ascended 8,000 feet into the air. The icing on the cake was that he came down with his shot gun which he used to burst the balloons to help him down. Finally, he parachutes to safety. 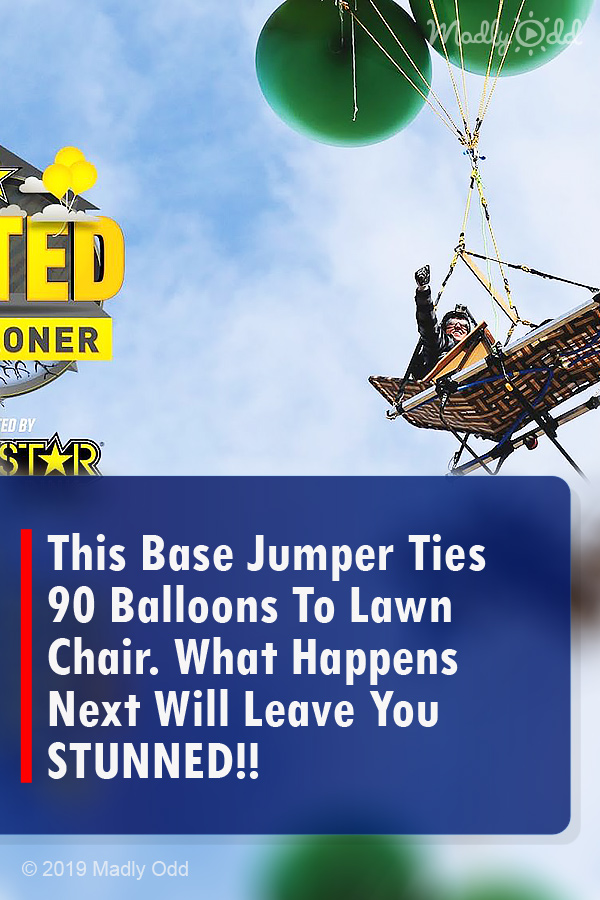