Dogs have been friends with humans for nearly ten thousand years. The two species have grown close together and have both benefited from working together. But not all humans are nice. The people who owned this puppy mill have committed an act of indescribable cruelty.

Fortunately for the dogs, there are groups out there like The Humane Society. These groups strive to rescue dogs from situations like this and to rehabilitate the dogs they rescue so they can find loving homes.

This video focuses on a dog named Billy. Billy was rescued from a puppy mill. This little Chihuahua was just skin and bone when he was rescued. Even though Billy had been mistreated his whole life, he was not depressed or aggressive.

Adam Parascandola, a member of the Humane Society Animal Rescue team, found Billy during a raid on a puppy mill. Amid the abhorrent conditions, Billy somehow caught Adam’s eye. The dog was emaciated, and so neglected that the bars on his cage had been rusted shut, but Adam recognized something special in his eyes.

“All of the dogs that we get out of these rescues efforts, they want and need love and attention,” Adam says. “But when I got this little guy out, he laid his head on my shoulder, and at that moment, I felt responsible for him. And I felt responsible for making sure he was never going to have to suffer like that again.”

In many respects, Billy’s story is not so unique – The Humane Society estimates that upwards of 2 million puppies are sold from puppy mills every year. But it is unique to have one dog’s plight tell the story of puppy mills so poignantly and compellingly to the American public.

Says Martin Collins, HSUS director, “We are working hard to turn around the problem of puppy mills in our nation. These mills are inhumane to dogs, subvert adoption efforts by shelters and rescues, and cause hardship and grief for animal owners, who often buy dogs at exorbitant prices who are ill or saddled with genetic or hereditary problems. ”

What do you think about this video? Tell us what you think. If you liked this story, share it with a friend. We’d love to hear from you. 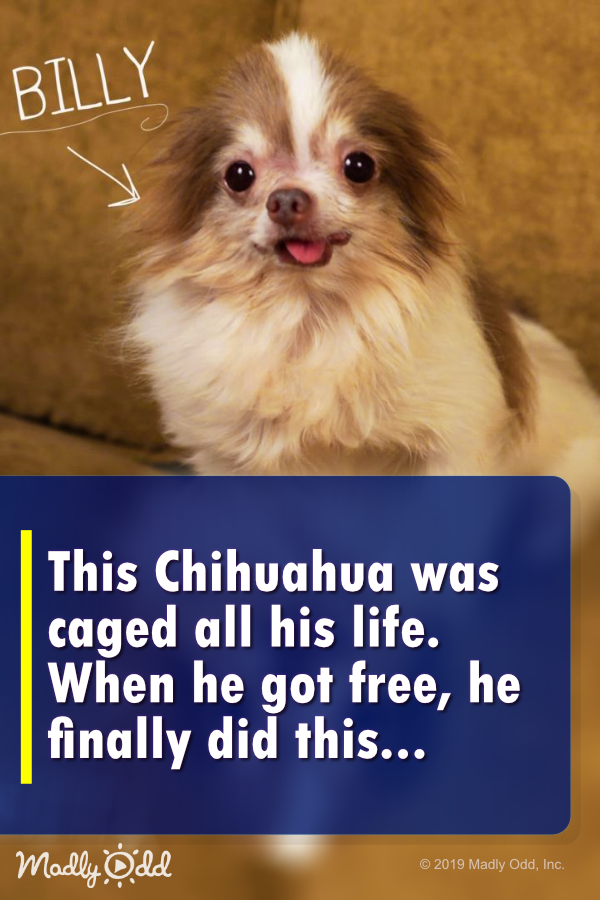