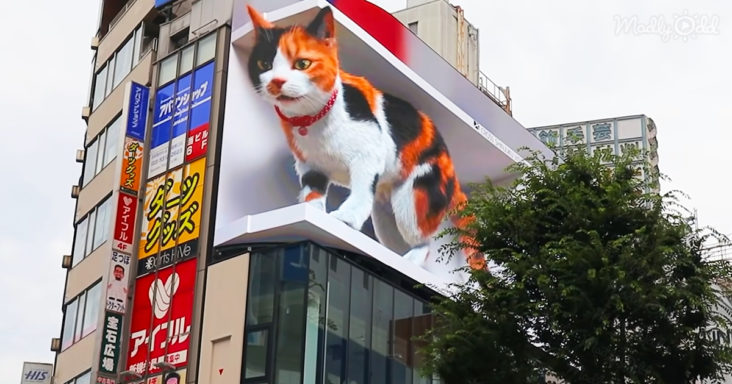 Cats are known as one of the most famous domestic pets that primarily want to have at their home. Compared to dogs, cats are more independent, introverted, and always want to do things on their own.

Typically, they are not very welcoming and hospitable to anyone who will visit your house. They prefer silence and a less stressful environment. Though usually loners, cats also need some affection and love from their owner from time to time.

On one station in Tokyo named Shinjuku station, a giant tri-colored cat can be seen on the road whenever you pass by that station. 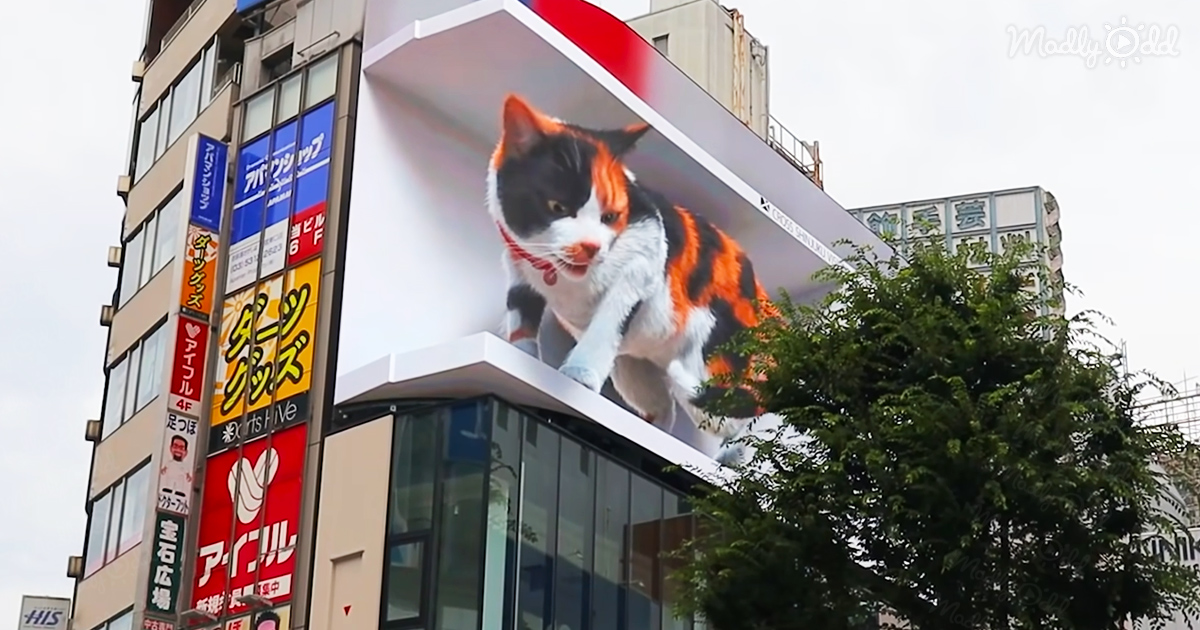 However, he is not a real cat. Still, a 3D art was created as a billboard for Cross Shinjuku Vision in partnership with MicroAd and Unica.

Though he is not a real Calico cat, passersby are still amazed and intrigued as the enormous cat wiggles his tail, giggles his ears, and purr as if he’s greeting you in that station.

Even with that single greeting that this Calico cat has given, I’m sure that it can create a sweet smile for all who will encounter him in Shinjuku station.

Cats can be seen as boring and not as energetic as dogs can be. However, with their cute appearance and gorgeous faces, It’s not surprising that they can be a good source of joy.