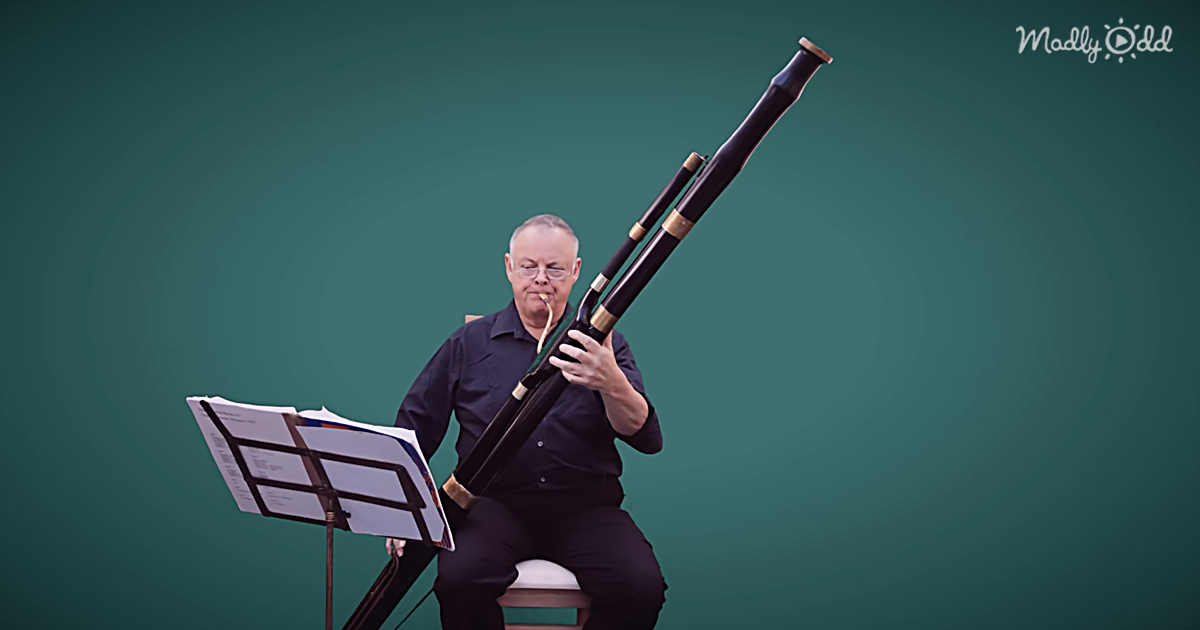 Listen to an instrument created almost 200 years ago. Do you think you could play it?

This crazy long instrument is called a baroque contrabassoon. It’s not the sort of thing you’d see at your kid’s orchestra concert, as it’s a pretty rare instrument.

The contrabassoon featured in this video dates back to 1739. It was famously used during the playing of “Music For The Royal Fireworks,” a piece composed by George Frideric Handel entirely for wind instruments in 1749 to celebrate the end of the Austrian War of Succession.