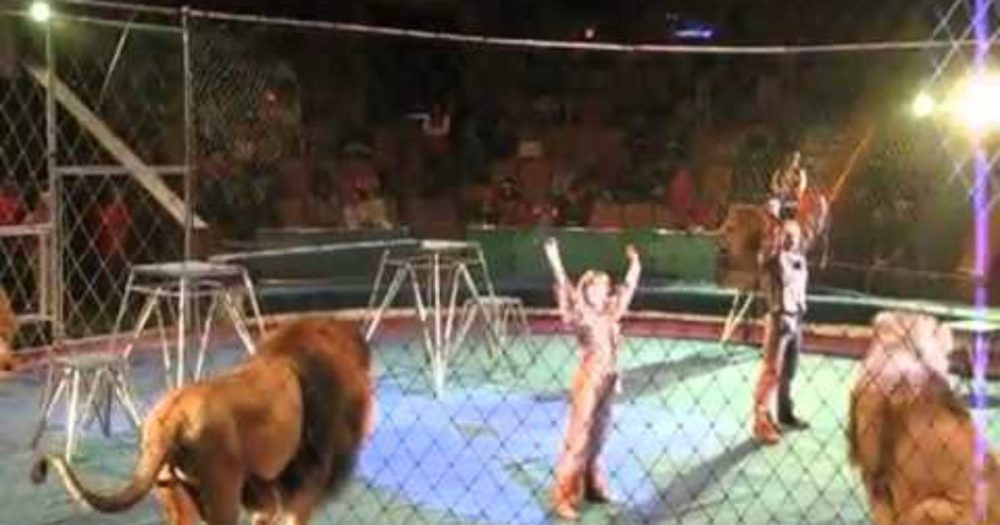 There are some animals that can be more easily domesticated than others. Lions are wild animals which make them unpredictable and difficult to train. Even seasoned lion trainers are constantly on guard when they are in the company of lions. A small mistake can trigger a life threatening attack as we see from this clip.

In this video we are shown an entertainment act involving both humans and lions. The trainers poke the lions and guide them to perform the rehearsed tricks. But when they poke a lion too far it becomes aggressive. He turns on one of the trainers and it affects the other lions in the cage. The trainers find themselves facing a dangerous situation in a cage full of lions but thankfully it is brought under control in the end. 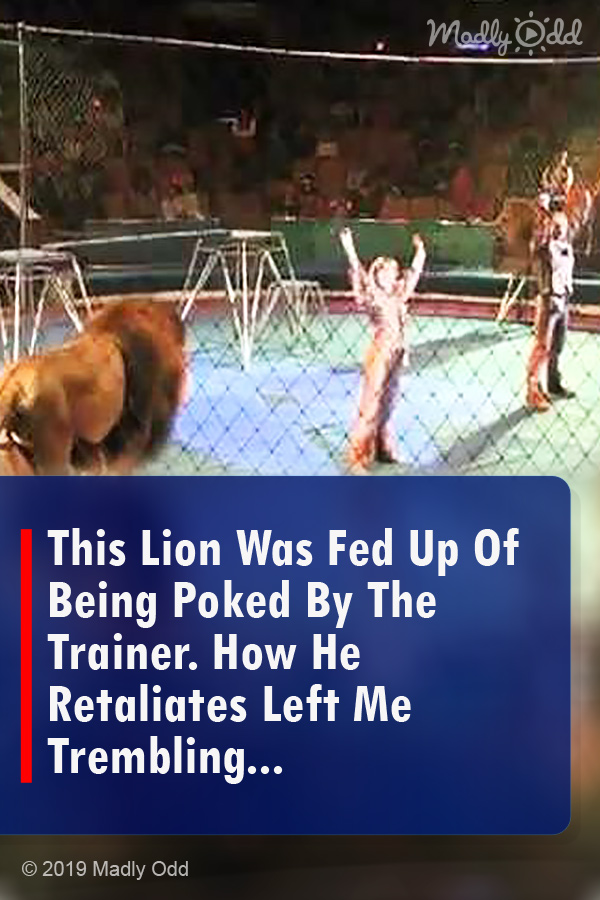