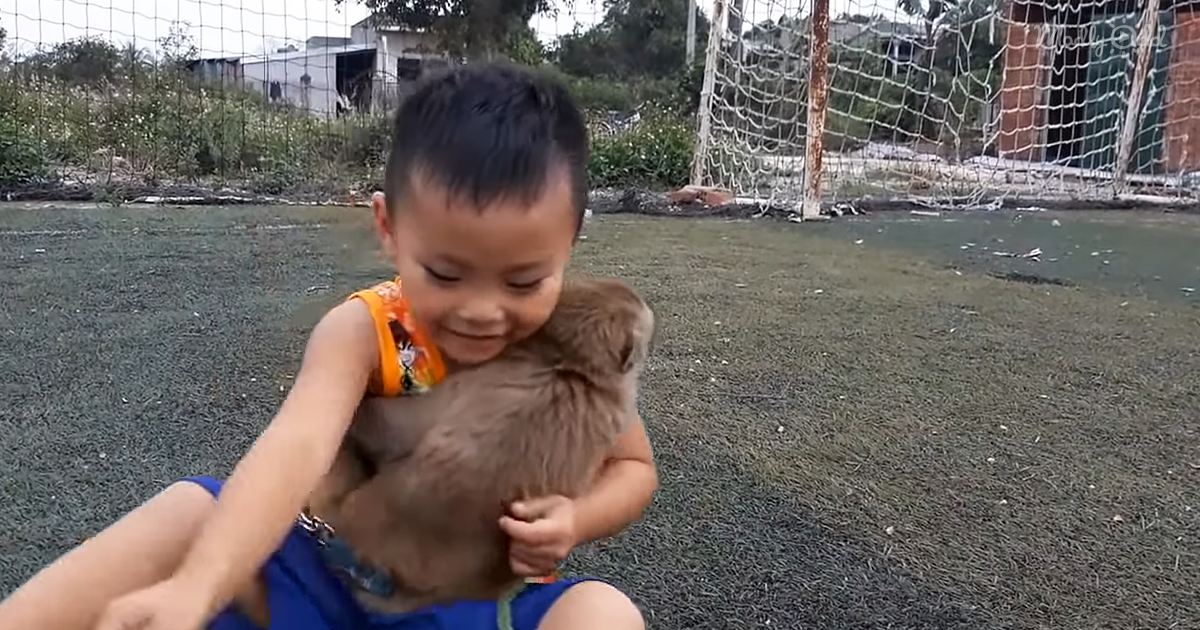 Parents usually let their kids get a hamster for their first pet, or maybe a puppy. One young boy in Vietnam got a pet monkey, however, and watching them play together is just the sweetest thing ever. The monkey loves his boy, coming back to him for hugs and kisses and rides around the playground.

Bibi the monkey grew up with Mit Menly’s son, and the affection between the two is crystal clear in how they interact. The little boy runs around the playground, and the monkey runs with him. Even when given the chance to go somewhere else Bibi jumps into the toddler’s arms, kisses him, and hugs him.

This bond between monkey and baby is heart-meltingly adorable. Just when you think Bibi the monkey might want some space from his owner, he jumps on the boy’s back and goes for a ride. The monkey happily chitters as his boy takes him for another tour of the playground before setting down for a nice snack of ice cream and corn on the cob.