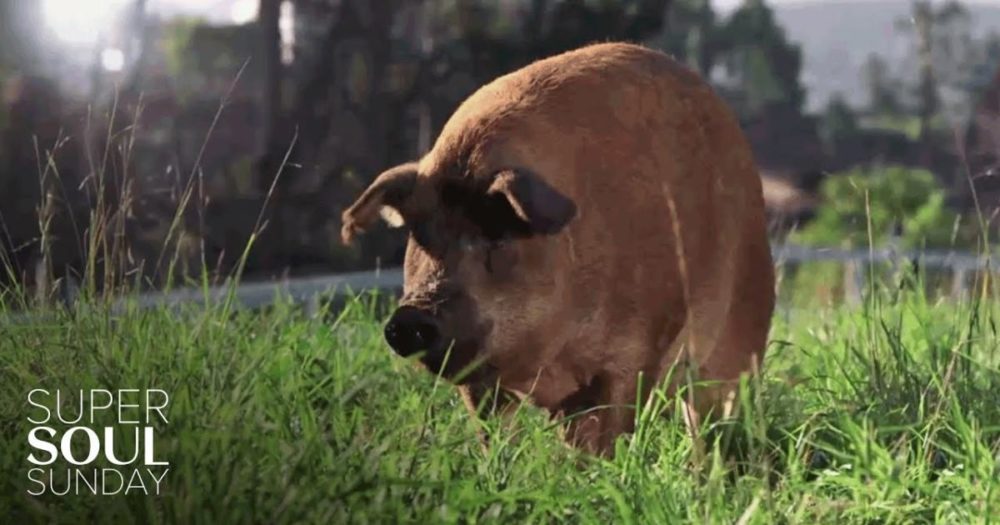 When Emma arrived at the Apricot Lane Farms, she was a very skinny and sickly pig. And to top it off, she was also pregnant. She was in a miserable condition and it was stated that she should be considered lucky if she had just six piglets. But Emma defied the odds and gave birth to 13 living piglets. However the price she paid for the labor was high and she found herself on the edge of life and death.

This video given below is a short picture episode of Super Soul Sunday which is a two-time Emmy award-winning series. It shows how one sow’s maternal instincts and determination directed an unexpected miracle. Look at Emma now.