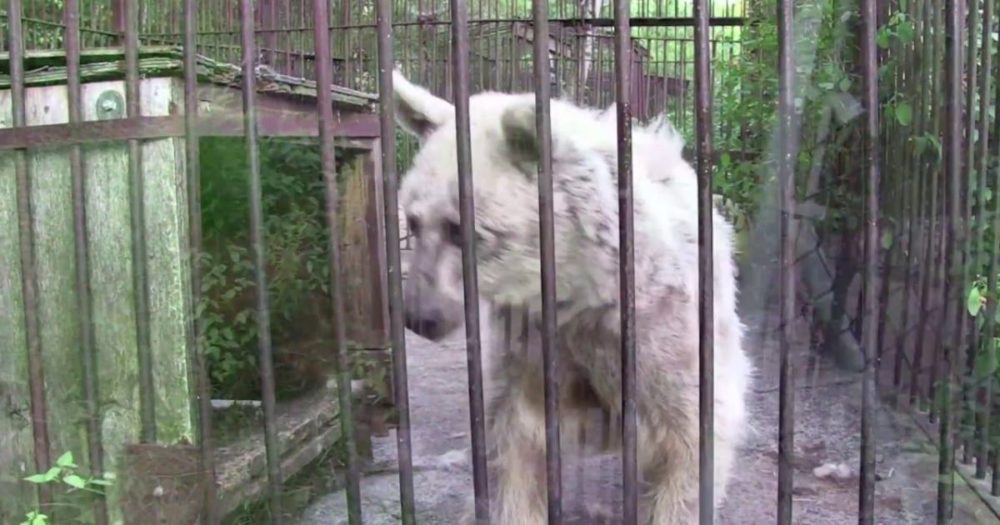 Humans are often very cruel towards animals. They sell, kill, and capture them. Just take for example the bear featured below. When Fifi arrived at a Pennsylvania roadside zoo 30 years ago, the poor cub was forced to perform confusing tricks along with the other caged bears. After the zoo closed down more than 20 years ago, Fifi suffered in a tiny cage that had nothing more than a rundown doghouse for shelter.

The poor bear was thin, her coat was dull and dirty, and she suffered from untreated arthritis. Thankfully, PETA and The Wild Animal Sanctuary rescued her in July 2015. She was taken to the Colorado facility where she finally received the care and the habitat that she deserved. After just five months at the sanctuary, Fifi transformed into a totally different animal than she was before. 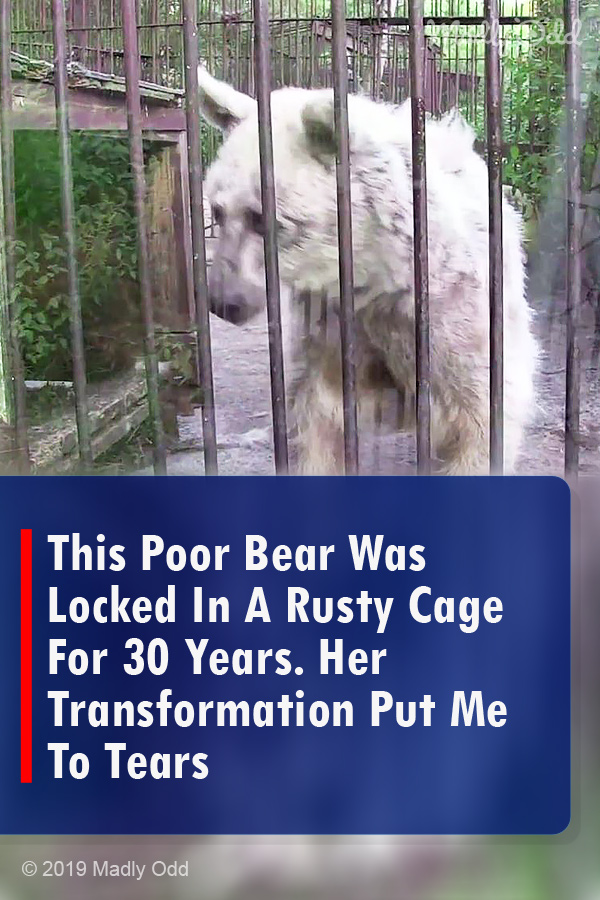