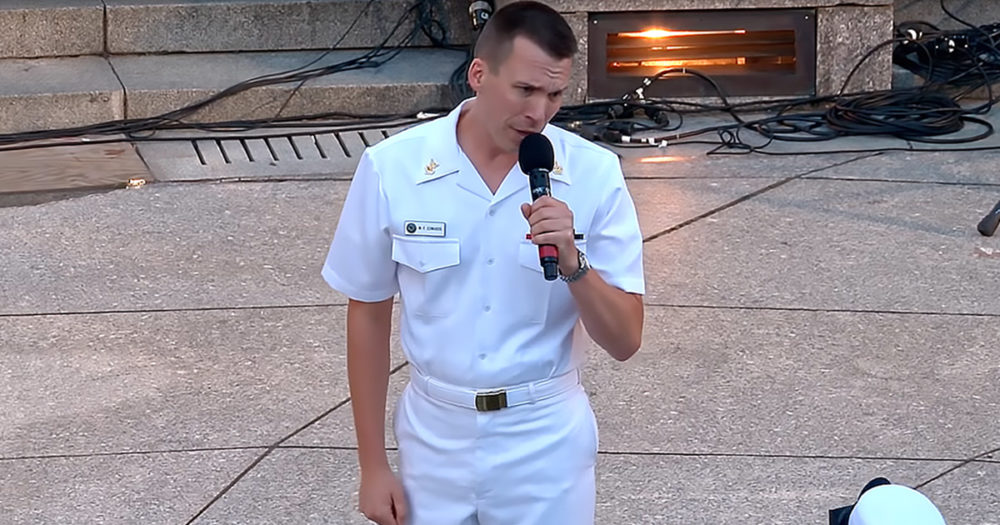 Franki Valli and The Four Seasons were the original boy band of the 1960s, entrancing listeners with their soaring falsetto tone and intricate harmonies. And these five singers of today seem to have been especially inspired by their 60s counterparts.

The Armed Forces bands are the world’s premier music groups. And the cream of the crop has to be the Navy Sea Chanters, featured in this 2014 Concerts on the Avenue series at the U.S. Navy Memorial in D.C.

As the guys stun onlookers with their singing chops, we can’t help but be amazed at how much they sound like the artists they are paying tribute to. As they dance their way into the crowd, the audience completely loses it.