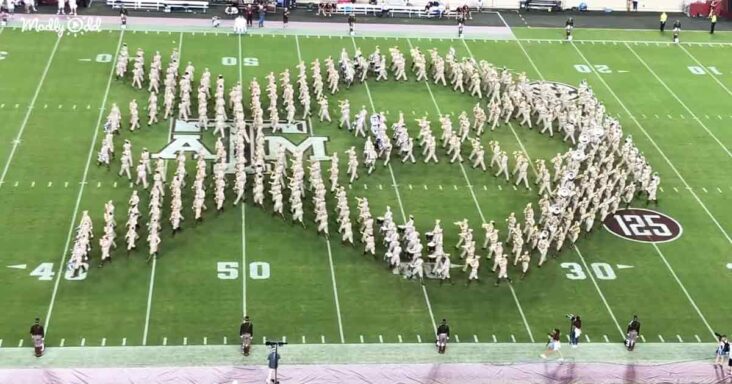 The Fightin’ Texas Aggie Band is one of America’s most notable marching bands. They’ve been known for fantastic performances at college football games. 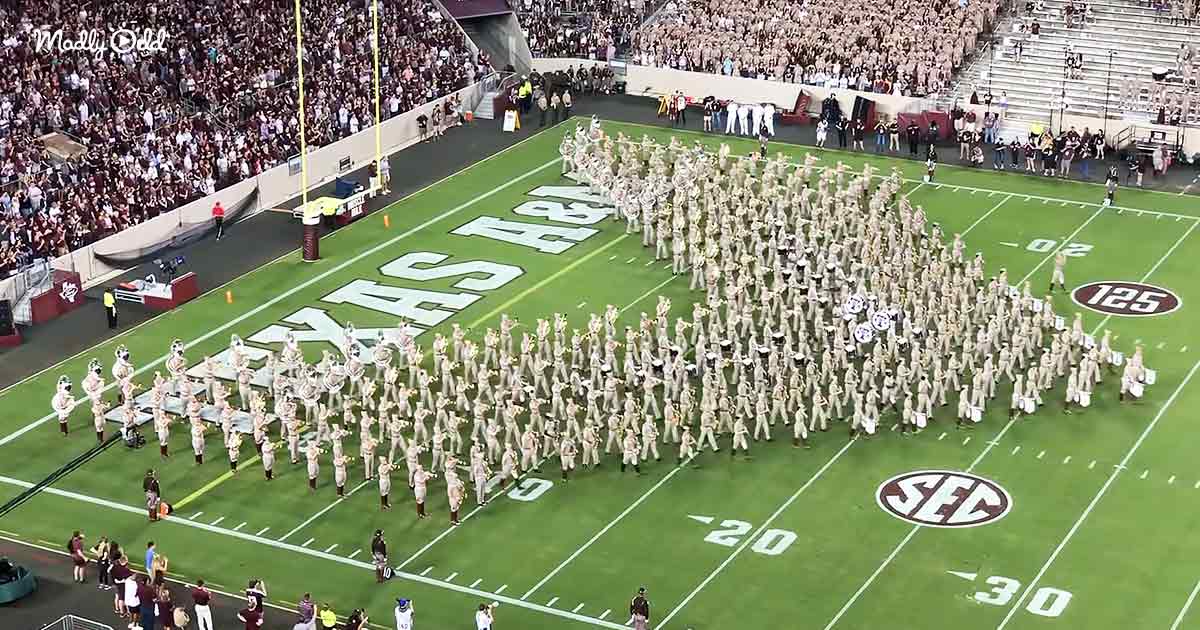 They once more performed at the start of the 2019 season. The band gave their first halftime show drill at the game of Aggie versus Texas State. It did not disappoint.

After an introduction that brought about cheers from the stands, the band gets into formation. The front forms into a V while the back rows are perfectly aligned.

Once everything is in place, the leader signals for the band to prepare their instruments. The band starts playing a resounding anthem as they start marching.

The movements take shape as the center portion of the rows moves forward. They walk inside the V as the leaders march onward. The rest of the band follows, forming an arrow as they continue up the football field. 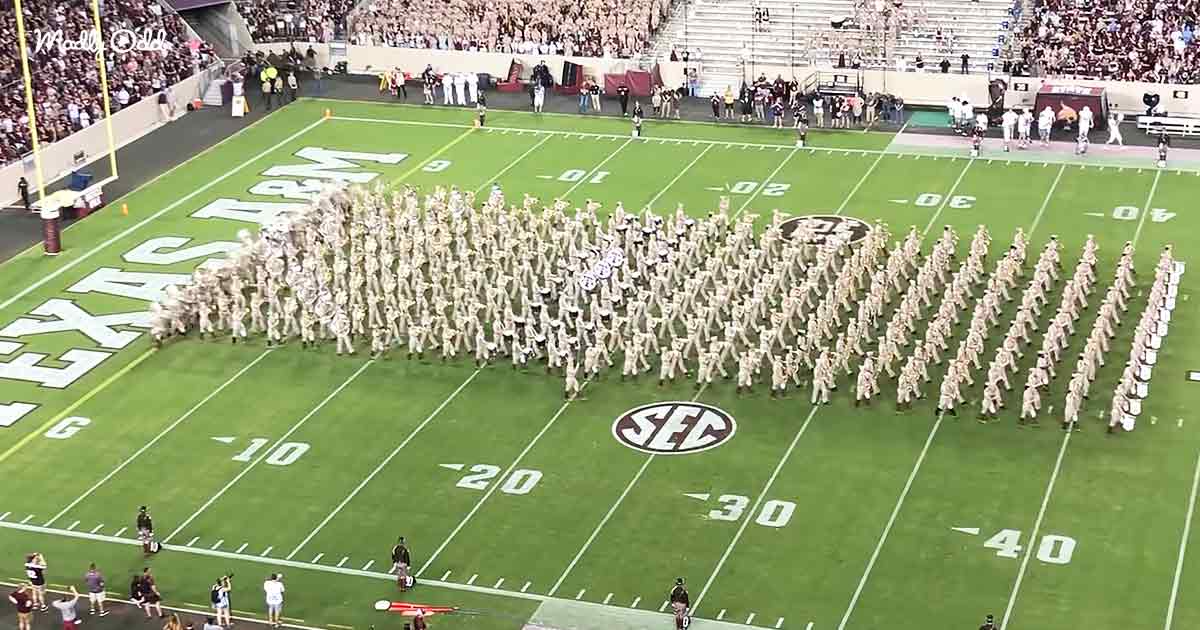 As they march, keep your eyes on the band members towards the edges. You’ll notice they start to break and fall back. The arrow grows more narrow as it creates the A for Texas A&M.

The band then starts progressively moving backward. The arrow begins forming back into a rectangle as the shape shifts.

Now two arrows start forming as the middle sections move in the other direction. The audience erupts with cheers at this fantastic coordination. The band has now created the M of Texas A&M.

The two arrows invert and once again form a perfect rectangle. Keep in mind that the band has been playing beautifully throughout all of this marching.

When the band reaches the goal line, they split into a much more elaborate shape. They march up the field in a form that resembles a contained helix. 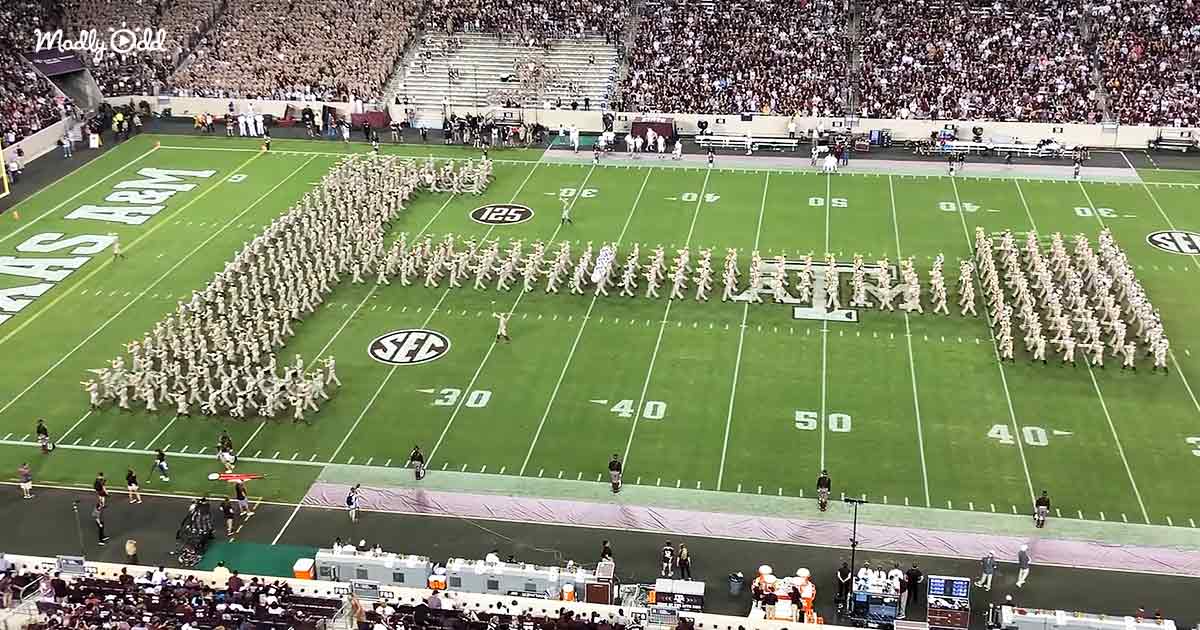 When they reach the other side, a square is formed. The band marches in an exciting pattern of going back and forth. They then proceed up the field in a long row.

Once the band reaches the center of the field, it splits into different shapes. They soon form a perfect letter T as they continue marching. The audience loved this display based on their thunderous enthusiasm.

For their last bit, the band inverts the pattern and pushes the T in the other direction. They wrap up the song and rush off the field. Applause can be heard among those in the stadium.

It’s easy to see why this marching band is so highly regarded nationwide. Aggie won over Texas State for that game, for what it may be worth. 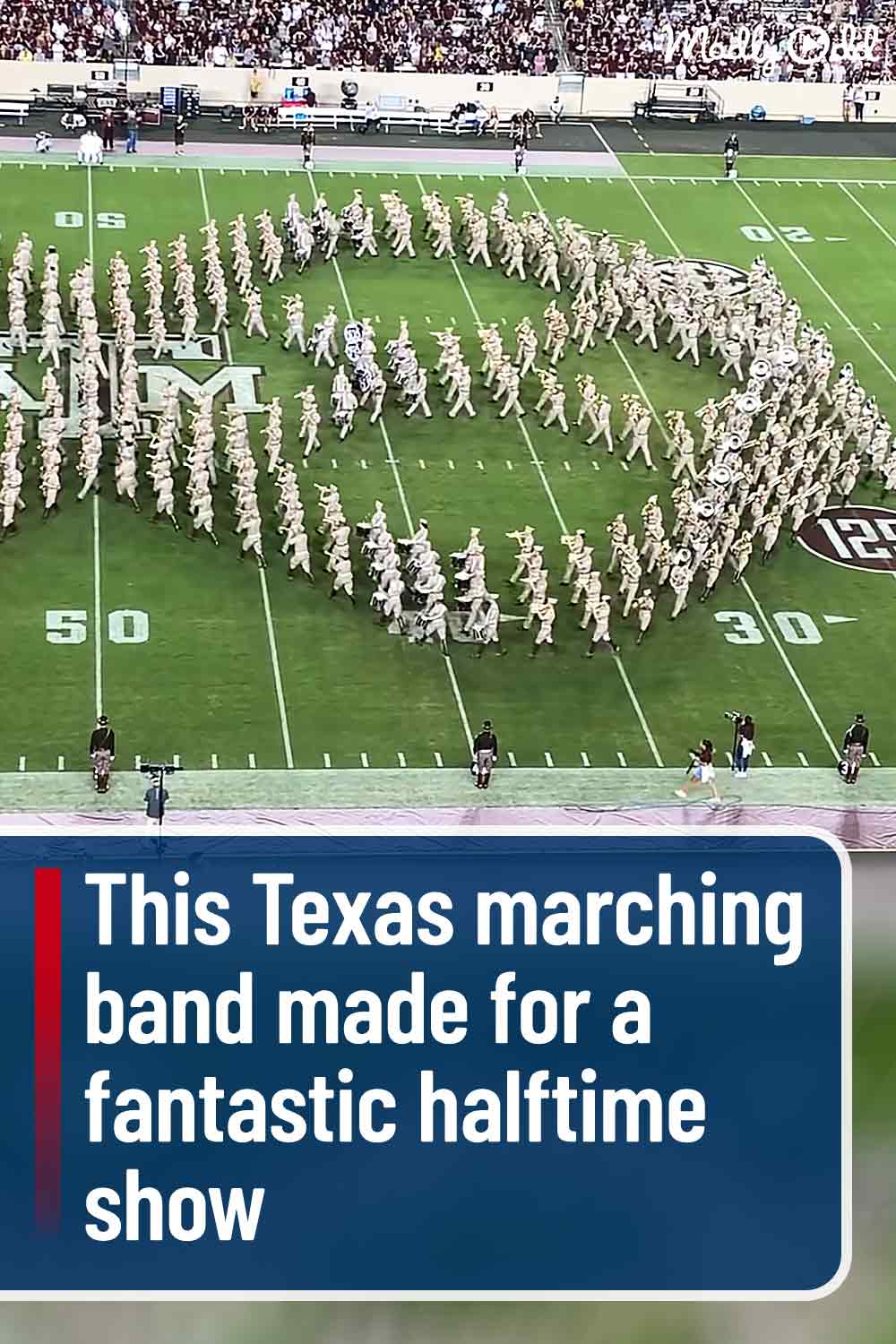