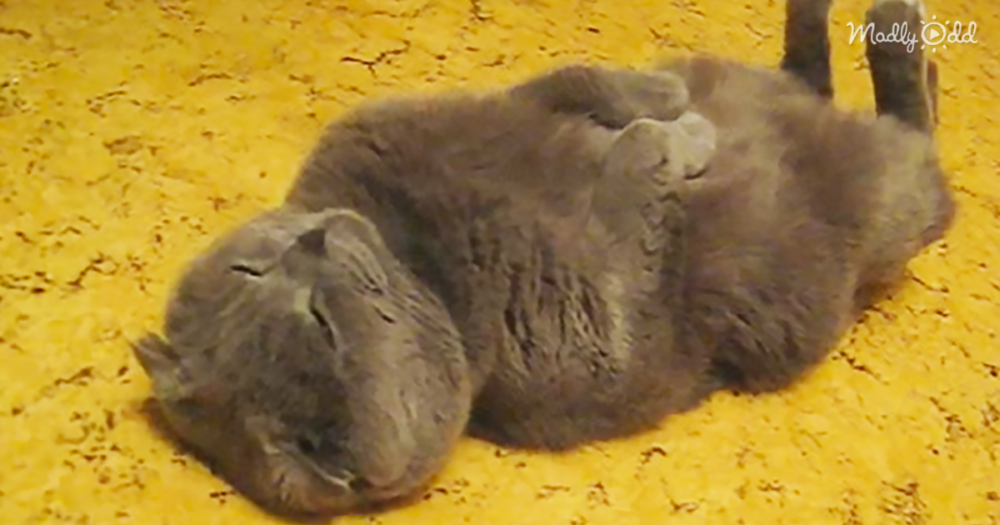 There are definitely many animals that are human-like in their actions. Cats, in particular, are known to sometimes sit in very human positions, which leads to the grey ball of fluff named Duslo in our video. Check out how this adorable little guy sleeps! I was cracking up as I watched the video; the clip is adorable. I am personally biased towards cats, but I swear, they never disappoint when it comes to hilarious, adorable videos.

Duslo, which means ‘majesty,’ sure does look majestic as he sleeps. He is a Scottish fold, a breed well known for sitting in comical positions. With his front paws all nicely tucked in and folded on his belly, you just want to squeeze him he’s so cute! The fact that he is also a verifiable grey fluff ball also helps the hilarious factor. 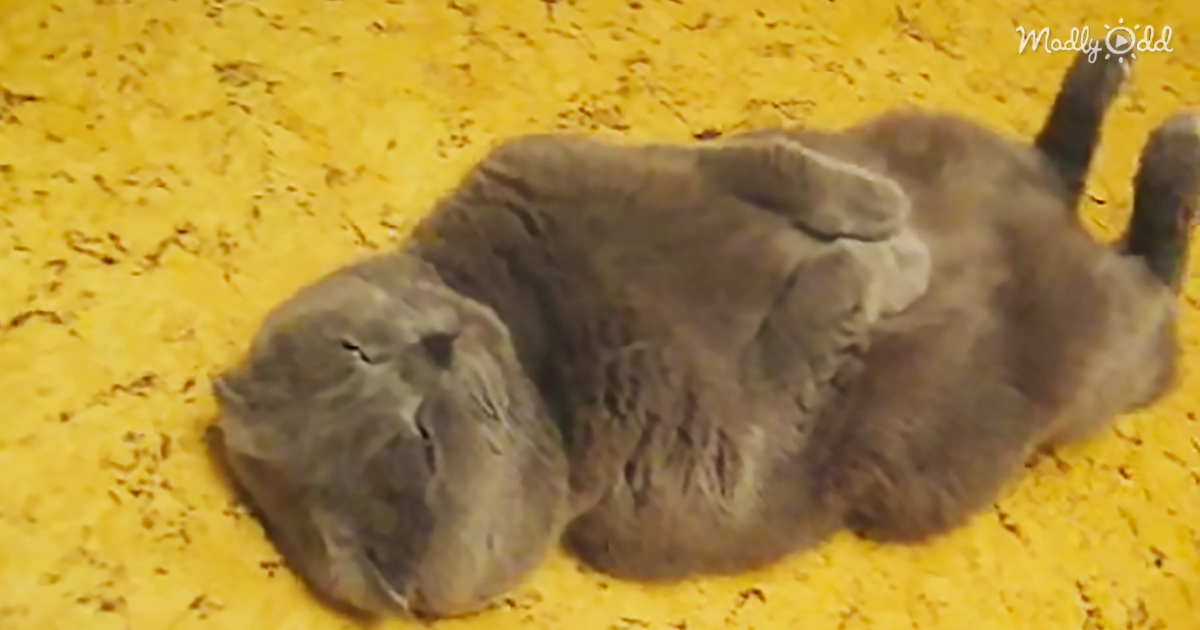 With his feet pointed straight into the air, paws curled up on his chest, Duslo dozes off into a glorious sleep. I love the big, exhausted sigh he emits as well. He definitely sleeps like a king and won’t suffer anyone interrupting him! 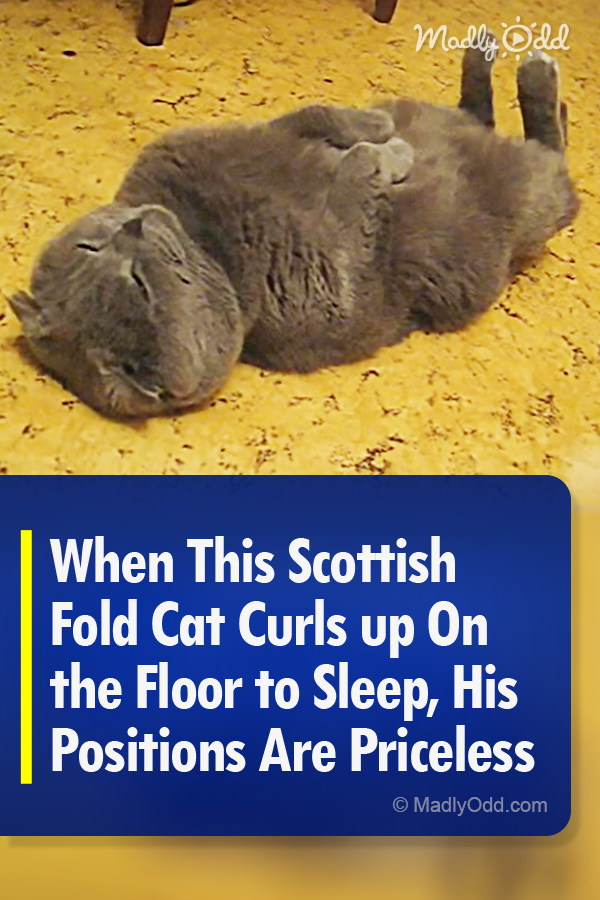