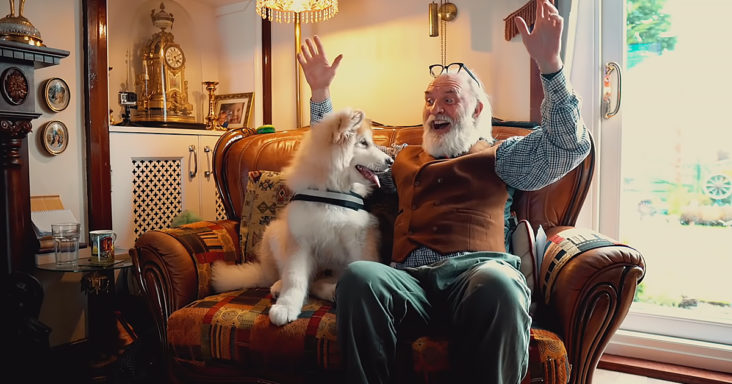 The UK has a big problem with loneliness among seniors, so Nimbus Beds wanted to raise awareness with a heartwarming advertisement. In a quaint home, a senior sat alone in a chair. 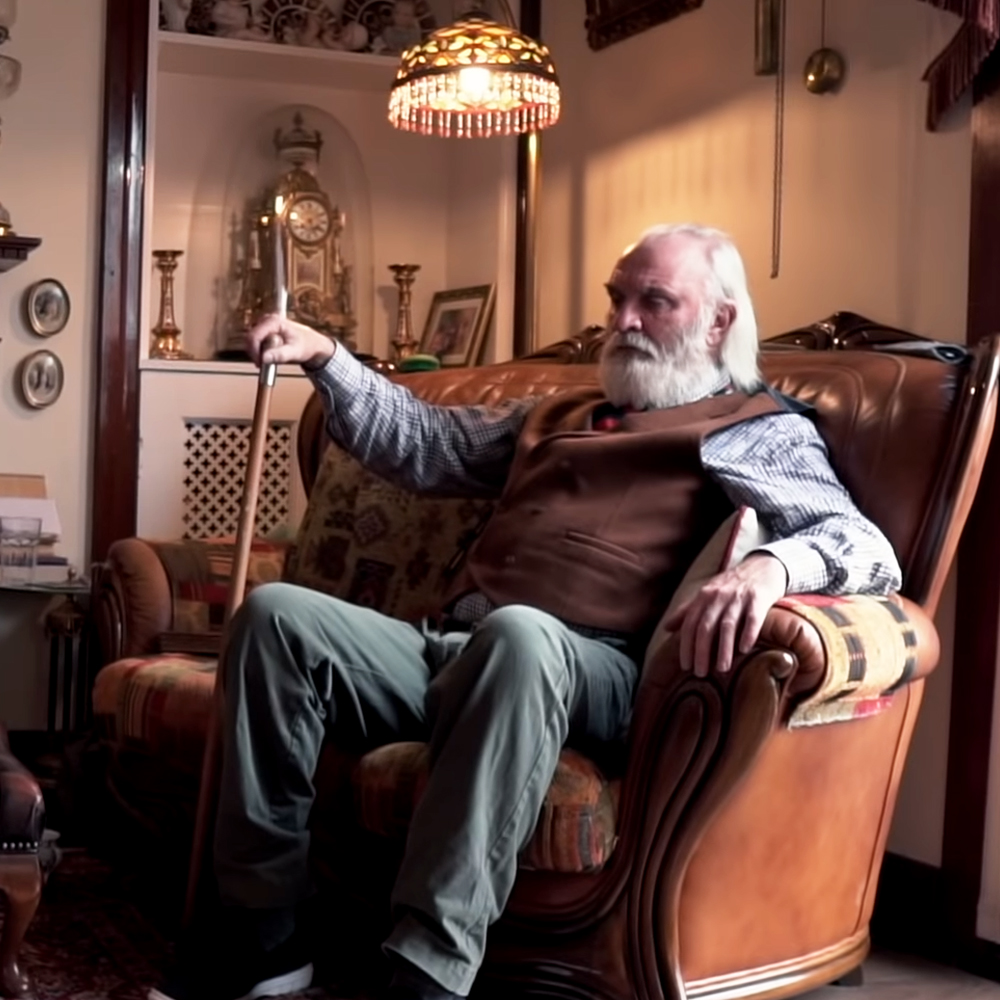 He was surrounded by many clocks, and there was a Christmas tree across from him. There was an old photo of him and his wife that he looked at longingly.

The next day he was reading a book when suddenly there was a knock on his door. To the man’s surprise, a dog was waiting for him, and the dog even had a bow tied to his back. 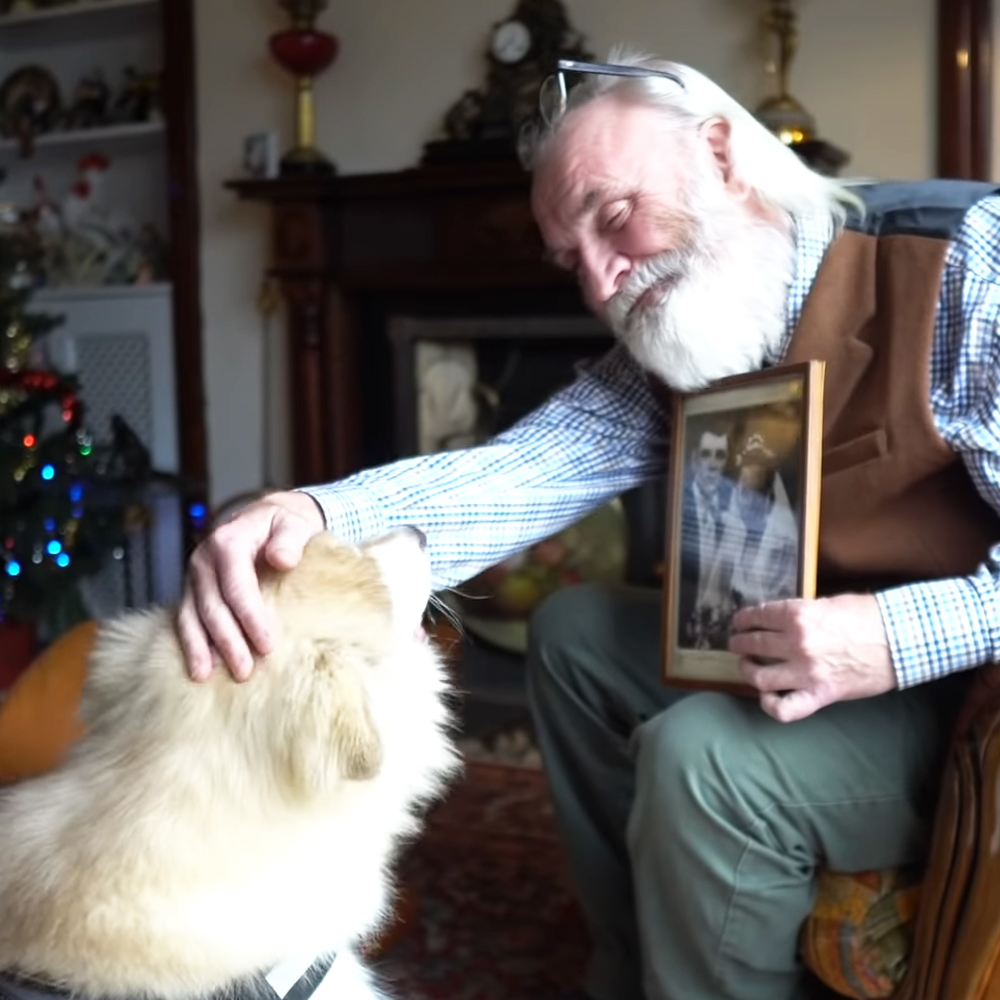 The dog became the man’s new best friend, and they quickly became inseparable. Everything changed, and the man started smiling more often. He told the dog all about his life.

They played chess together and watched tv together. There was a spring in the senior’s step when he took the dog for walks. He tried to get the dog to sleep in his own bed in the evening. 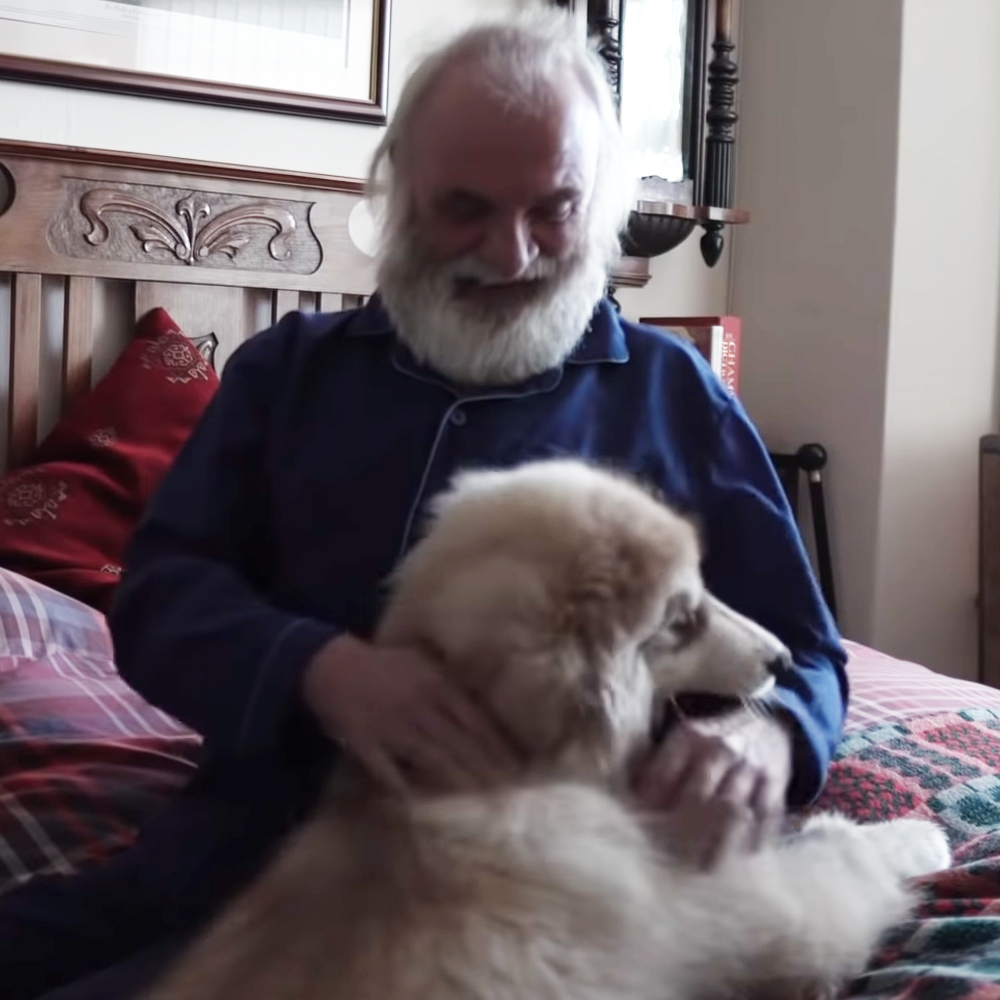 After some time, they always ended up falling asleep on the man’s bed. So the man went online to buy a new mattress for his dog. When the mattress arrived, it was placed on the floor next to the man’s bed.

The fluffy dog loved the bed and slept on it. In the morning, it was the man who ended up snuggling with the dog on the new mattress.