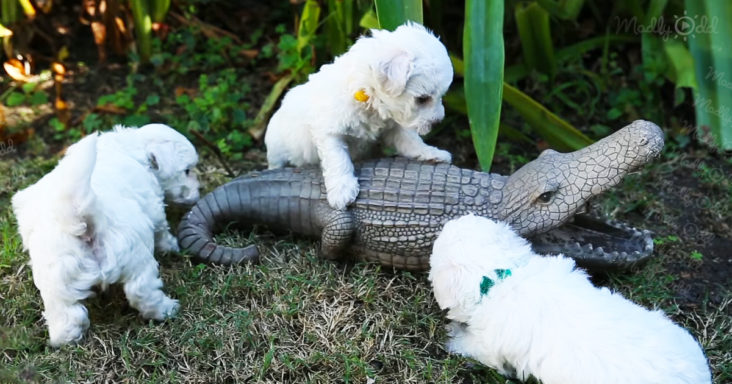 Everyone knows that puppies are some of the most vicious creatures on the planet. When faced with a toy alligator, it is clear that the puppies will always win.

A pack of three Bichon Frise puppies charges out into the backyard where the toy alligator rests. It is missing an arm, probably from previous battles with the puppies.

Each of the puppies has a collar of a different color so you can tell them apart. One is yellow, another is green, and the last is black. They are so small and cute it would be difficult to tell them apart otherwise. 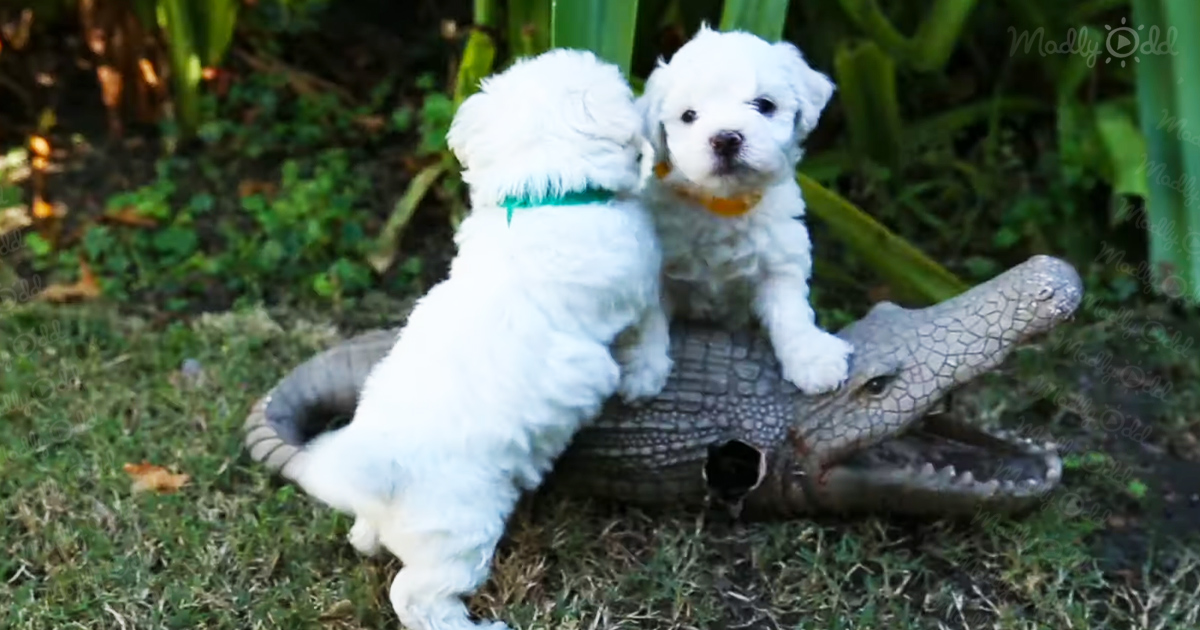 The puppies take turns ravaging the isolated alligator, while they also have to battle the harsh elements of the garden. Together they are able to fight and easily win against the tiny reptile.

Once the territory is taken the puppies play around with the alligator. They have made him their new friend. Around him, they continue to hang out, and even climb on top of him.

They sniff about and appear extremely curious about the alligator and its behavior. The puppies must be wondering why it has remained so still this entire time, maybe it is playing dead.

With the toy alligator conquered, the Bichon Frise puppies have the rest of the world take over. Using their cuteness and puppy powers, it shouldn’t be too hard to rule the world