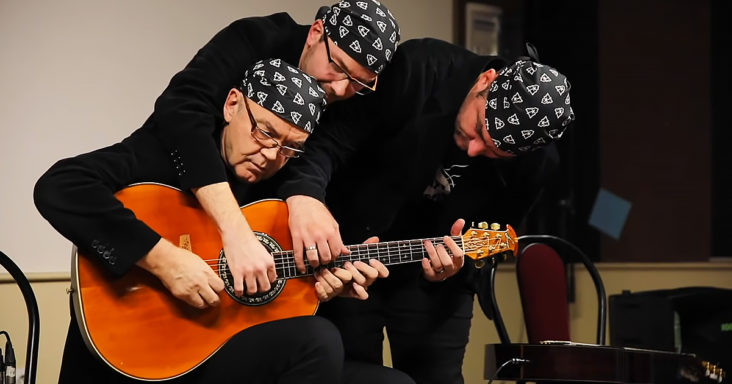 Mastering the guitar is no easy feat, but three men make it look as easy as eating cake in this awesome video. These three men are not just good at playing guitar; they are experts in sharing a guitar. 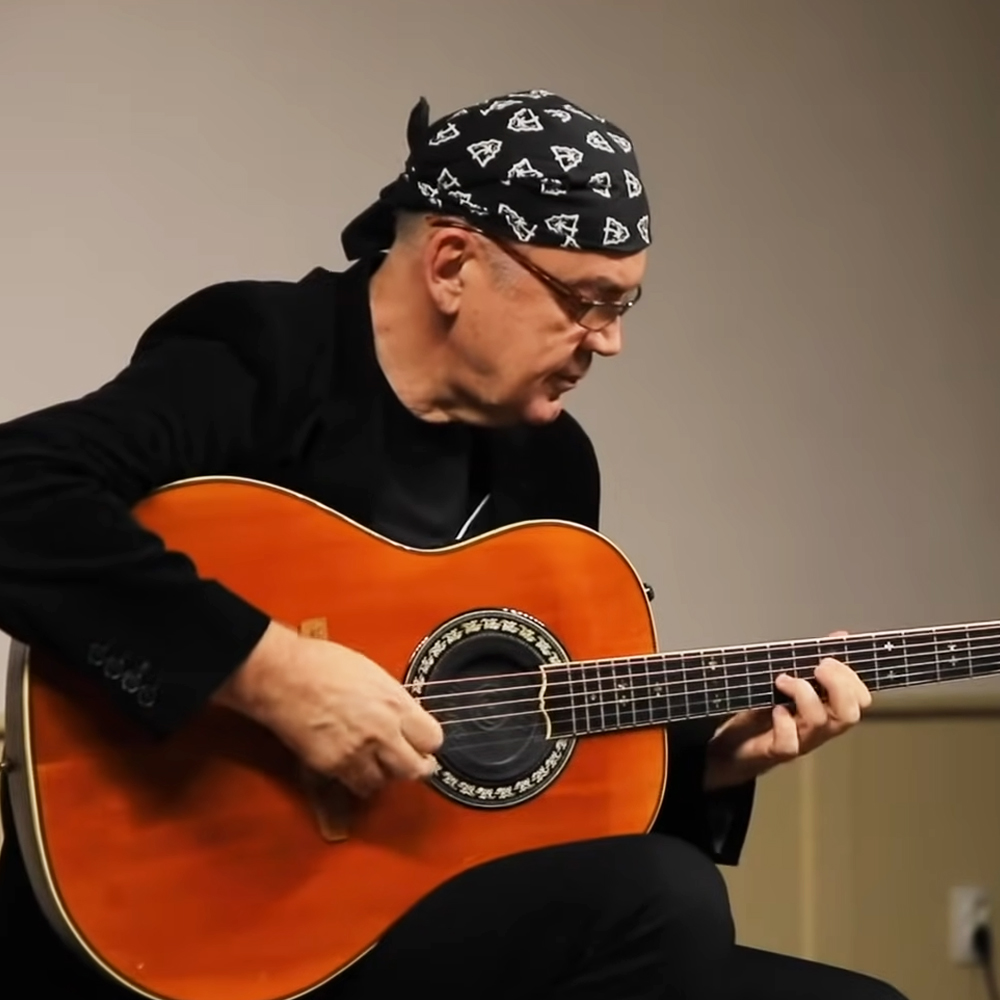 In the video, one man is seen playing the guitar, and shortly after, another man joins in on the same guitar. They share the guitar while assisting one another in playing the same song. As extremely difficult as that seems, this is not challenging enough for them.

Soon after, a third man joins, and now there are 30 fingers on one guitar playing the same song. They do it so perfectly well that it might just as well have been one man with six arms playing the music. 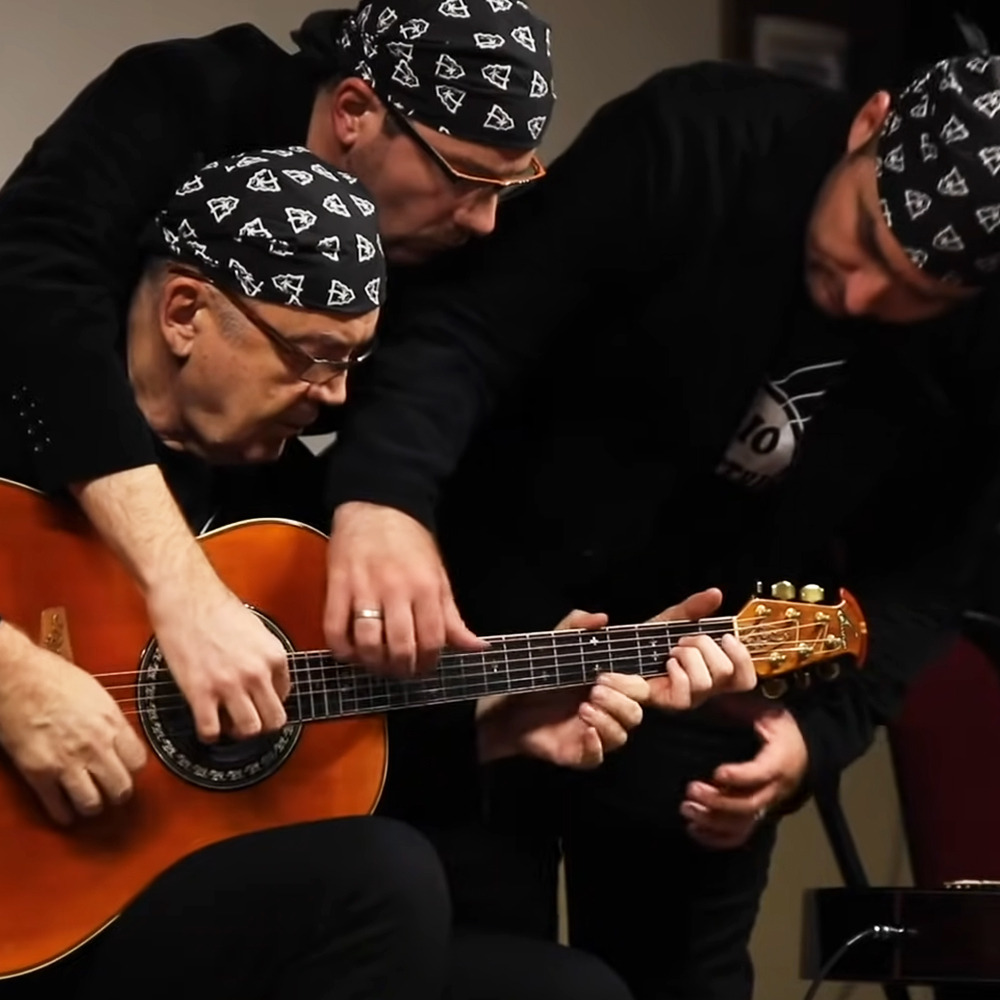 ‘Hava Nagila’ is a Jewish folk song that is very popular at celebrations such as weddings and bar mitzvahs. The trio of men would be the perfect performers to hire to perform this song at these festive events.

The famous song was composed in 1918 to celebrate the British victory over the Ottoman Empire the year before. The song was heard for the first time in a choir concert in Jerusalem, Israel. 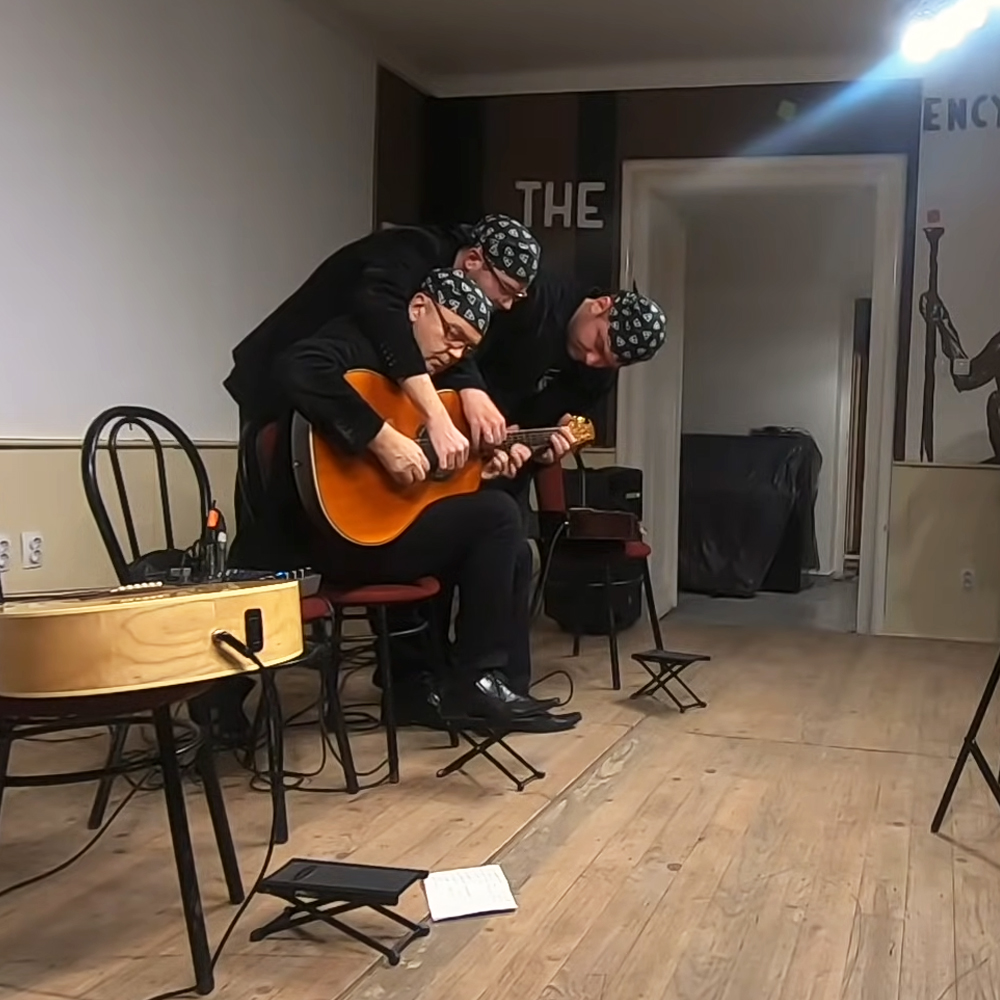 It is mind-blowing to watch these connoisseurs in action. They seamlessly transition from notes and flawlessly execute the melody. It is difficult to determine which hand belongs to which person.

One flabbergasted viewer commented online: ‘What the heck? Six hands moving in perfect unison, playing perfectly. This is unbelievable!’ You would have to search far and wide to find someone who would disagree with this observation.