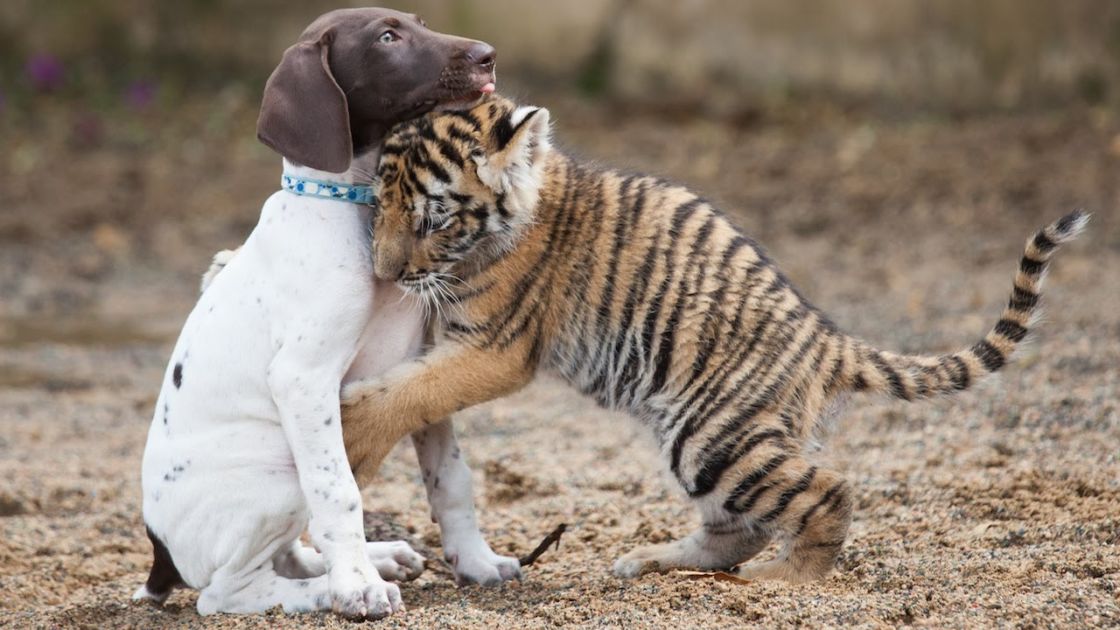 At The Farm Inn Wildlife Sanctuary in Pretoria, South Africa, there are two unlikely animals that have become the best of friends. A tiger cub and a puppy.

Bengal Tiger cub, Hunter, is about three months old in this clip. He was born an only cub, and his mother was behaving quite aggressively towards him, so the sanctuary removed him to another location on the grounds. 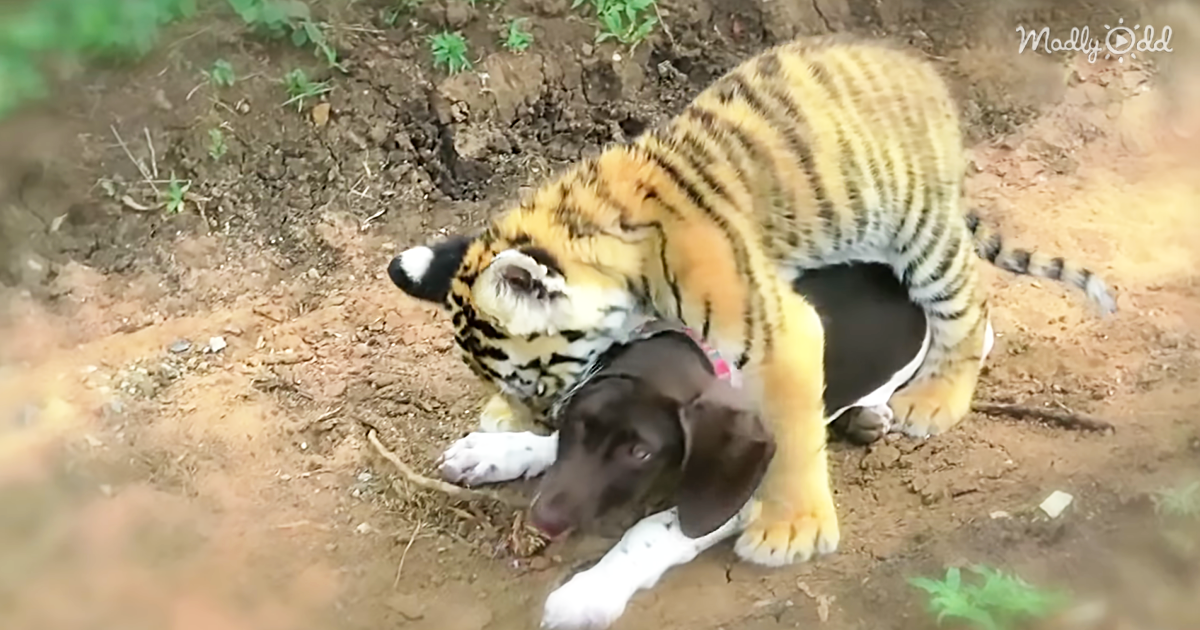 One of the workers, Anthea, has a German short-hair pointer, named Chelsea. She is just a pup at four months old, and Anthea thought that the puppy and tiger cub might just be good for each other.

It turns out Anthea was right, and these guys have become the best of friends. They love to play-fight, wrestle, and stalk each other and spend every moment together that they can. What an adorable and lucky friendship, indeed. 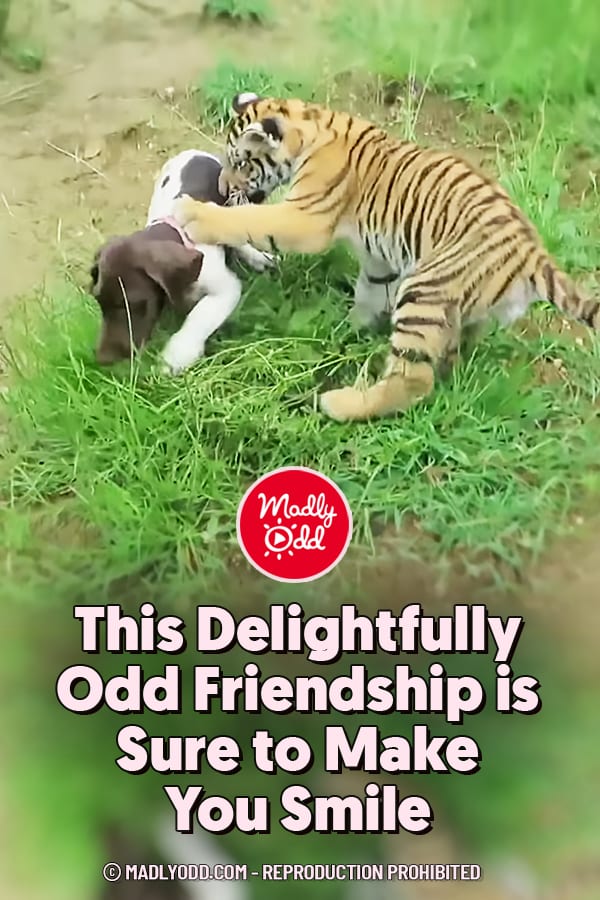