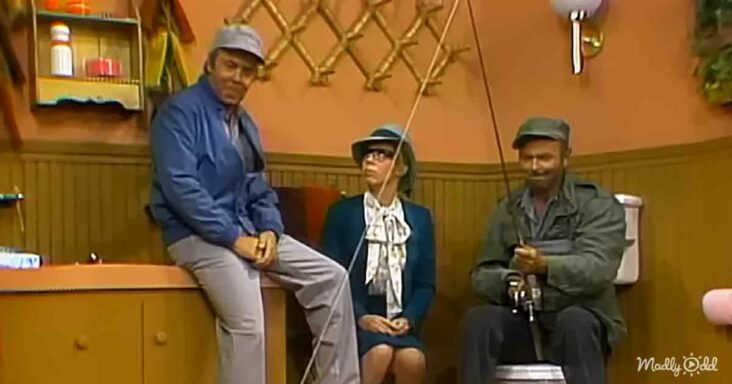 The Carol Burnett Show found the funniest ways to play with pop culture. In 1975, the biggest film of that year was Steven Spielberg’s Jaws. The tense adventure of men hunting a shark became a major blockbuster film. 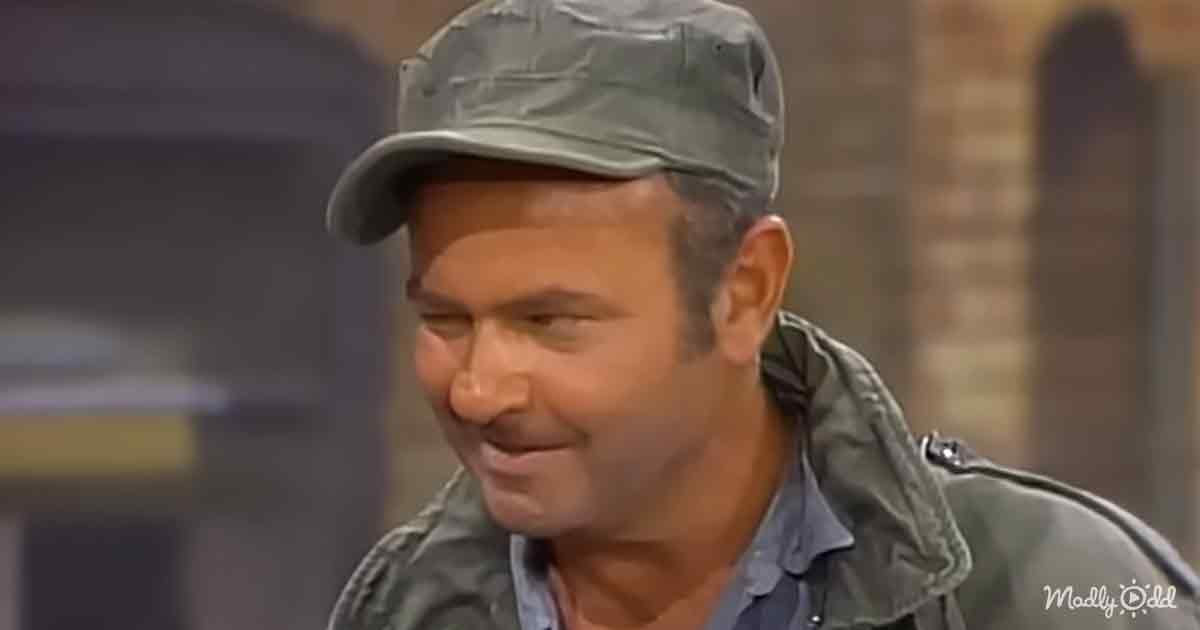 The Carol Burnett Show skit about in an episode from season 9, episode 10. The sketch begins with the title card ‘Jowls.’ There’s an illustration of a shark with foreboding music.

A narrator describes a perfect eating machine as we see footage of the sewers. The narrator continues to represent the dangerous creature. A woman in a bathtub screams as some unseen creature attacks her.

The film cuts to footage outside of the woman’s apartment building. A news team is reporting on a killer shark in the plumbing.

The interviewer has two people to interview. Wally Ferman, played by Tim Conway, is the building’s superintendent. Hellen Fishfinder, played by Carol Burnett, says she’s with the city’s water department.

The interviewer asks them to talk about the sewer shark. Wally insists the shark is only a rumor. Hellen presents evidence to the contrary of a bitten rubber duck.

Wally says there was a fish that ate Ms. Morgan but that he caught it. He holds up a small fish. Wally tries to convince Hellen this fish is the culprit by making it burp.

Hellen is ready to tear down the building, but Wally says he knows who can handle this problem. He speaks of a legendary plumber who can catch this shark.

Like Jaws, the plumber scrapes his nails across his toolbox. The news crew signs off and leaves promptly. The plumber, played by Harvey Korman, addresses Wally and Hellen in a gruff voice. 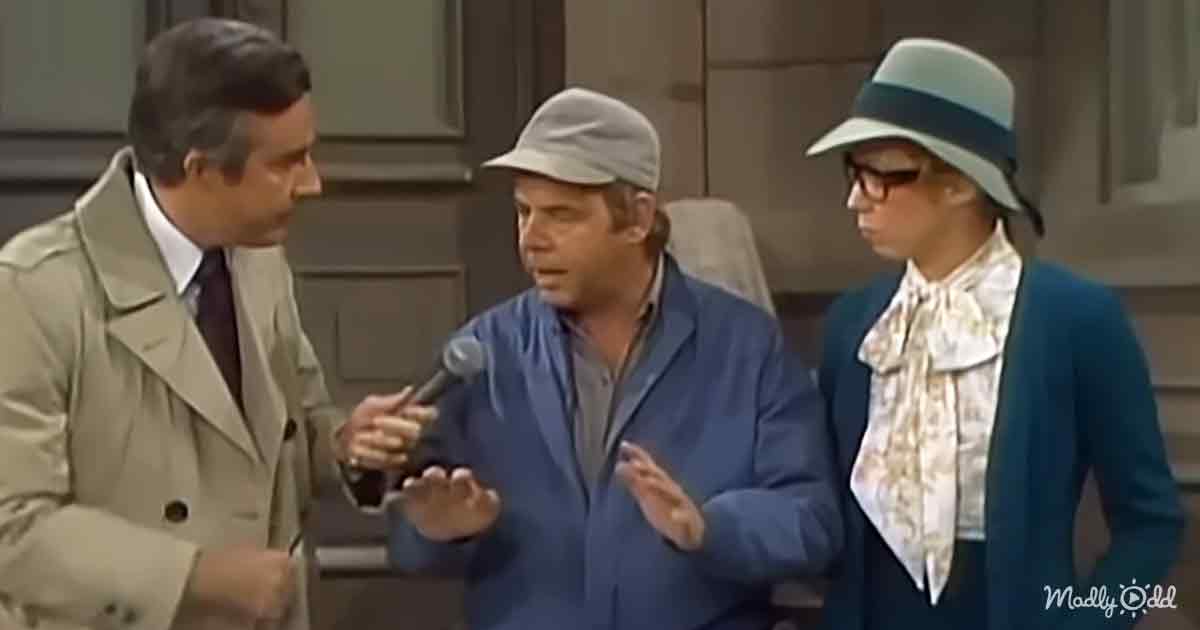 When Hellen informs the plumber of the problem, he is excited. He sings a little tune about plumbing as he is led inside the apartment building.

The three of them arrive in the bathroom where the shark struck. The plumber prepares the bait of worms. Wally and Hellen hand him over a worm but are grossed out by it.

The plumber calls them sissies for not being able to handle a worm. The plumber, however, also gags when putting the worm on his hook.

The plumber sits on the toilet, fishing for the shark to come out of the bathtub. He has Hellen strap him to the toilet. The plumber then waits as he sings a quiet song.

Hellen asks about a scar the plumber has. He tells a story about how he got it hunting a shark. His wife caused the scar itself.

Wally admits he lost a girlfriend to a shark. He says she fell off the boat and was eaten. Wally admits she would’ve made it if she wasn’t wearing her good luck ham.

The line is so absurd that Tim nearly laughs at his joke. He paces as Harvey Korman also struggles not to laugh.

The fishing line tugs. The plumber shouts that the shark is coming. Wally and Hellen proceed to beat up the shark, but it escapes. Wally remarks, ‘We’re going to need a bigger plunger.’

Hellen wants to shut down the building. An angered plumber stands up, taking the toilet with him. He then starts choking. 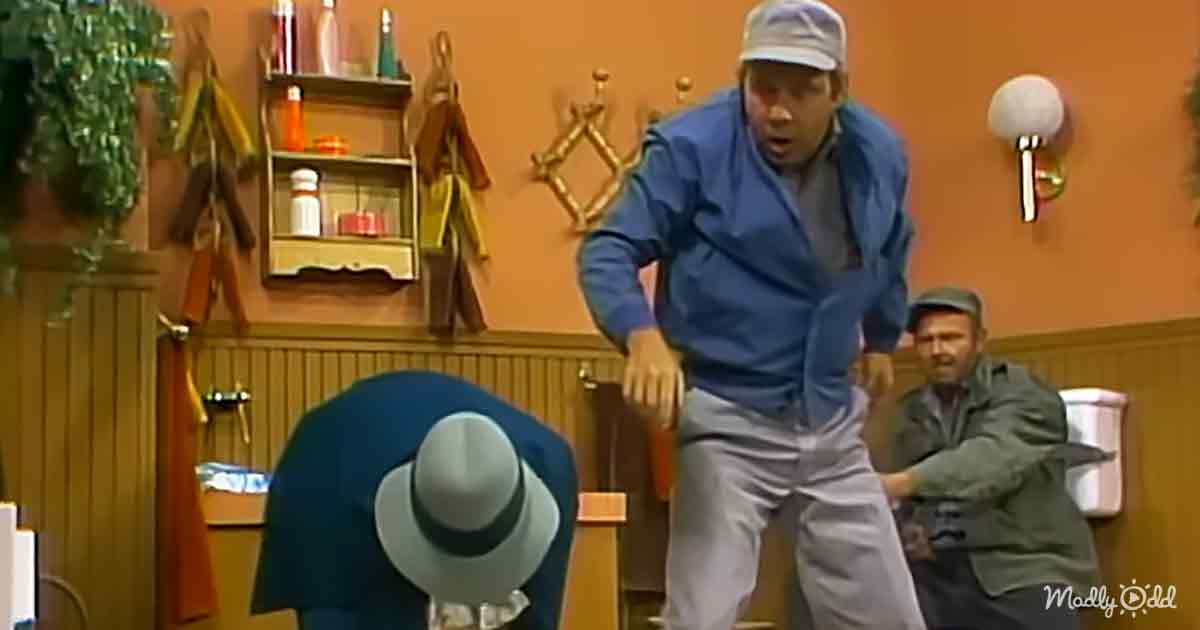 Wally says he can help. He pulls the lever on the toilet attached to the plumber. The plumber feels better, somehow.

The plumber then says he needs bigger bait. He uses Wally as bait, forcing him into the bathtub. The orchestra music starts up, and Wally is pulled under the drain by the shark.

Wally is pulled out of the bathtub slowly as the struggle continues. When he doesn’t come back up, Hellen says they should use dynamite. She lights a stick and shoves it in Wally’s mouth.

An explosion sends the toilet seat flying. The plumber and Hellen congratulate each other. Wally comes up from the bathtub with the dynamite in his mouth.

Eager for revenge, Wally places lit dynamite in the plumber’s pocket. As the plumber leaves to go on a date with Hellen, an explosion blows up the door. Wally is pleased with his explosive revenge. 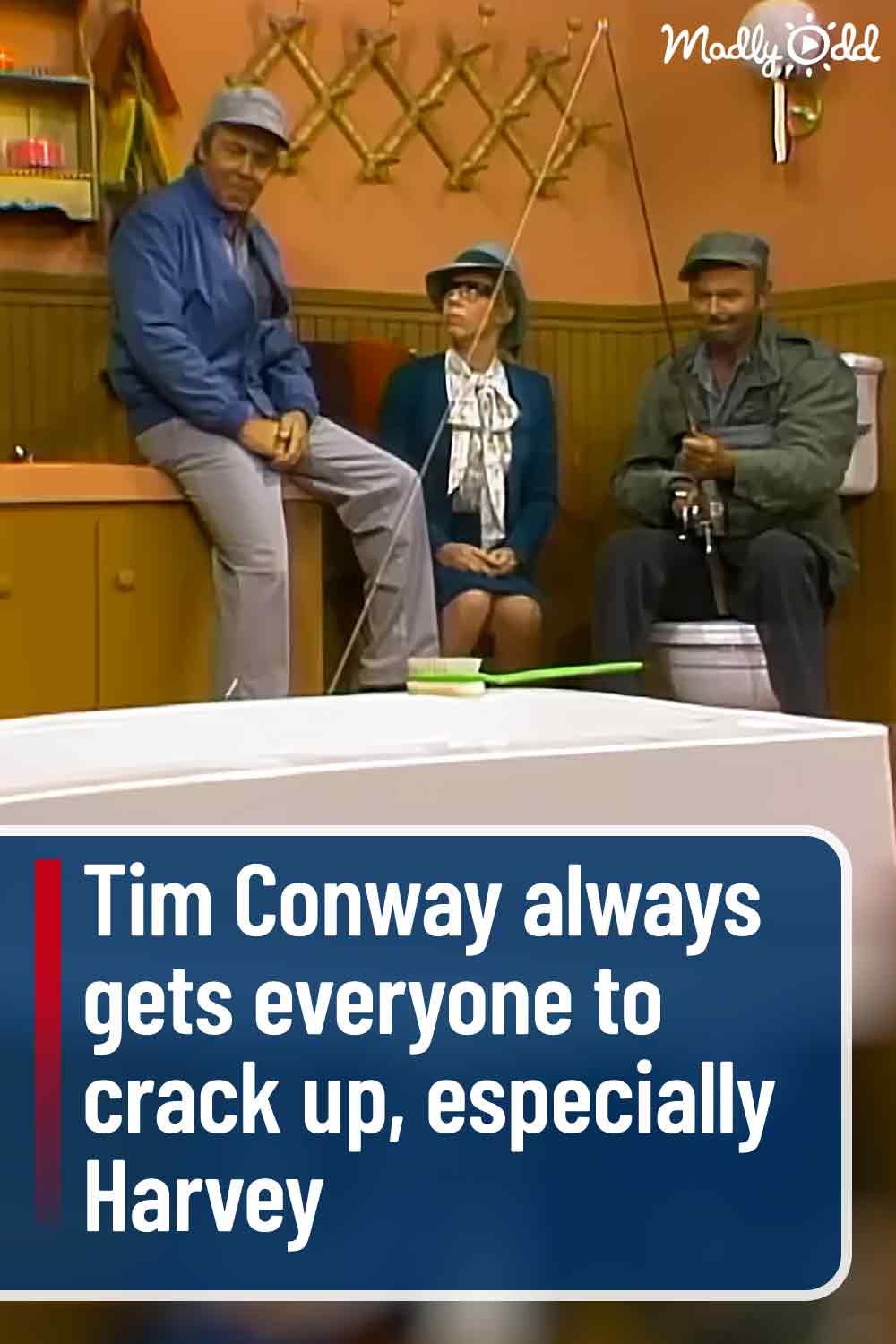