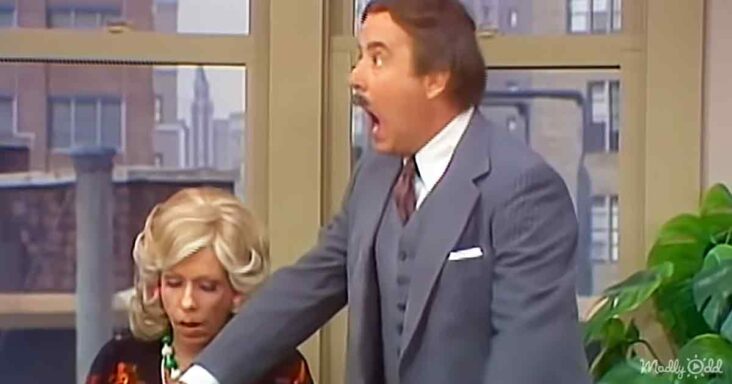 ‘The Carol Burnett Show’ puts Tim Conway and Carol Burnett in a sketch that showcases their zany skills. It starts with Conway’s recurring character, Mr. Tudball, yelling at his secretary, Mrs. Wiggins, played by Burnett. He’s concerned she’s wasting paper typing when she should be using an eraser. She said it fell into the typewriter. Tudball pulls it out in frustration, but his hand gets stuck. His facial expressions take the joke further, and the audience cracks up. 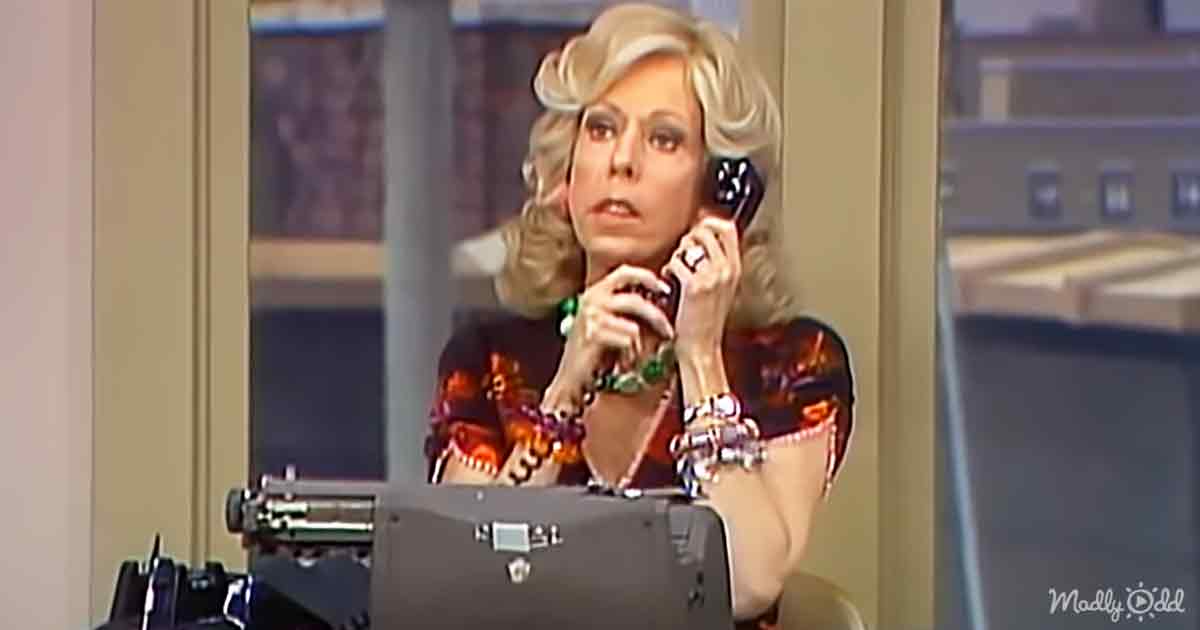 He instructs Mrs. Wiggins to go down the hall to get paper. The whole exchange takes forever because she plays the part of a lazy and slow secretary. Mr. Tudball says as she leaves, ‘Must be quite a thrill in her neighborhood at night to see her walking her snail!’

While she is gone, Dr. Otto calls, and Mr. Tudball picks up the phone. The doctor asks Tudball to give Mrs. Wiggins a message, and the news is dire and suggests that Mrs. Wiggins only has a week to live. 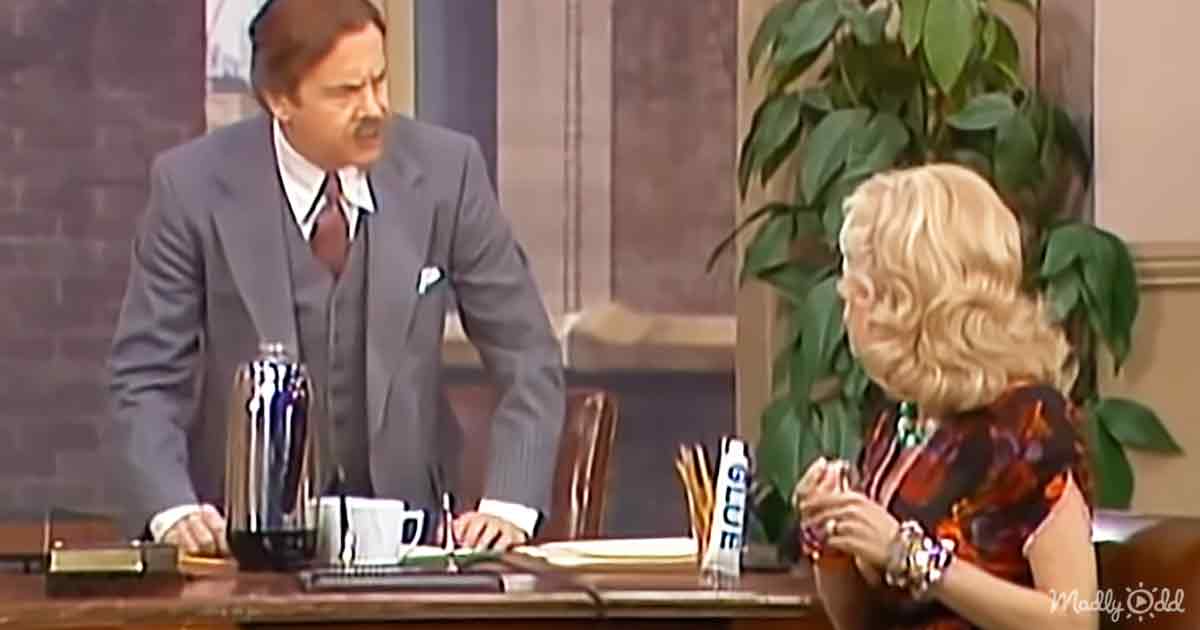 She returns with the paper, but suddenly Tudball is extra nice to her. He asks her if she wants coffee and tells her to rest. She says coffee cuts your life in half. He says, ‘I hope you don’t have any plans past Thursday.’ The studio audience howls in laughter.

Then, she spills coffee on him, and Mr. Tudball plays it for laughs with big expressions and groaning! He wants to yell but holds back in sympathy for her situation. She begins rearranging his desk and accidentally sprays glue all over his suit. He is livid but refuses to lash out. He attempts to tell her the doctor’s message, and she says she knows it’s terrible. She tells him that ‘parts started falling off’ earlier in the week. Mr. Tudball’s face looks on in horror, and the audience loves it! 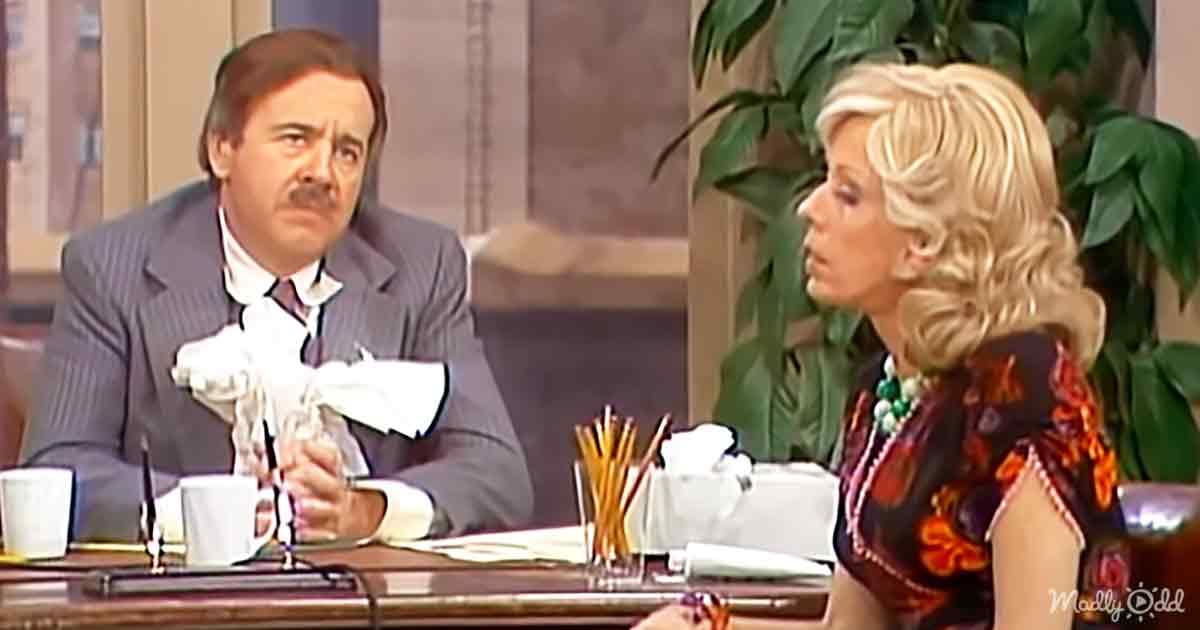 Finally, he tells her that she only has a week to live. She replies, ‘Oh darn.’ He can’t believe it, wondering how someone who was going to die would be so calm. That’s when Mrs. Wiggins delivers the news that Dr. Otto is her mechanic ‘Dr. Auto.’

Mr. Tudball chases her out of the office, yelling once again! The hilarious skit closes with Mrs. Wiggins closing the door on Mr. Tudball so abruptly that his hairpiece falls off! The comedic timing between them is genius, and the skit is hysterical! 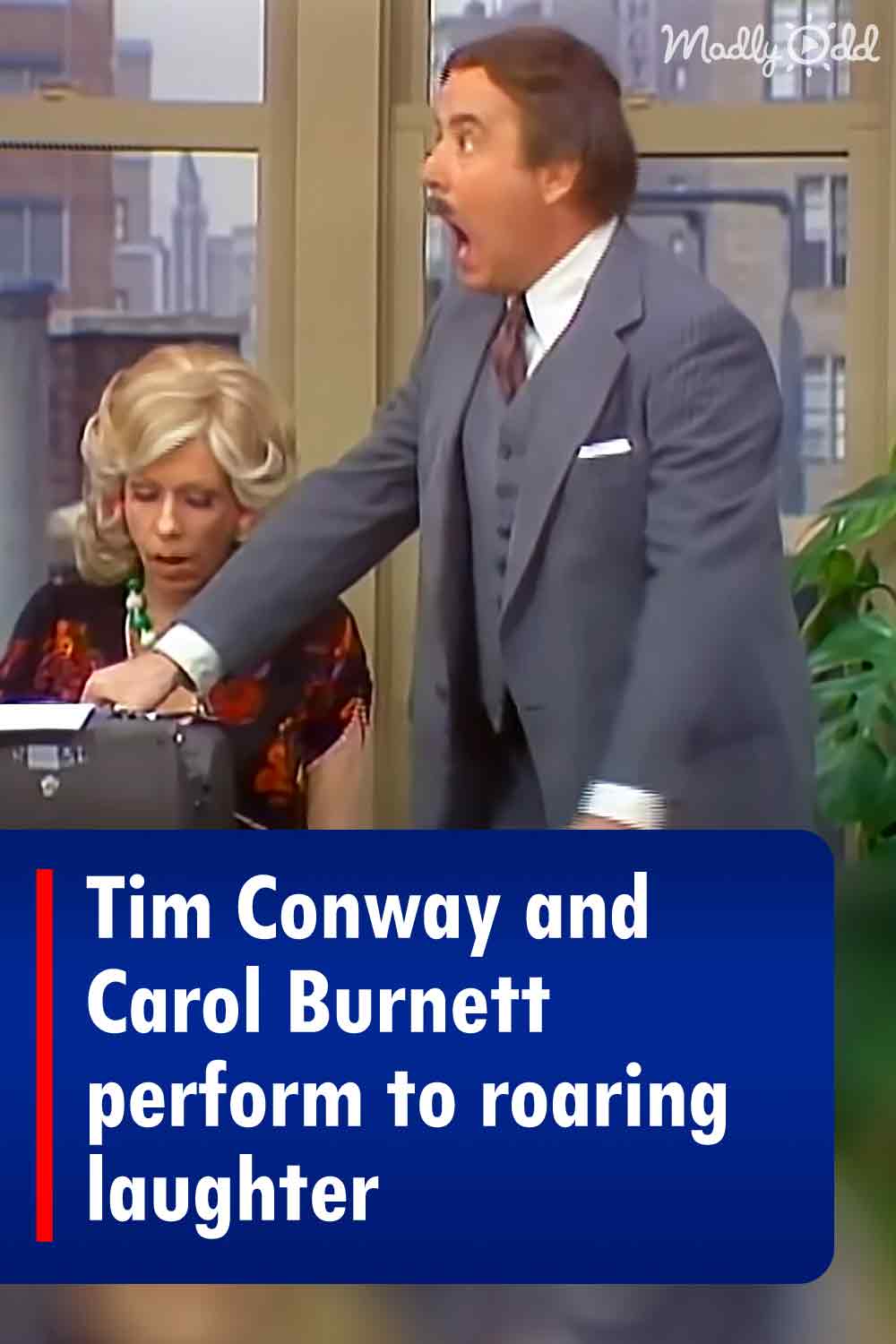