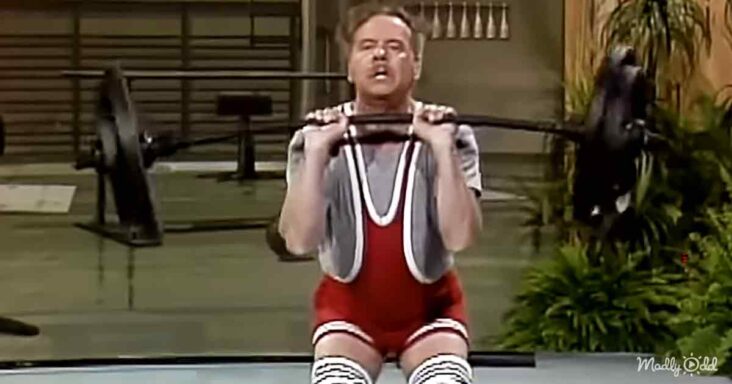 ‘The Tonight Show’ starring Johnny Carson welcomed the fantastic physical comedy of Tim Conway. Over the years, Tim’s humor was seen by many on ‘The Carol Burnett Show.’ Tim created a hysterical tiny character to showcase his comedic skills named ‘Dorf.’ Johnny Carson says, ‘Tonight, we have an exciting guest for you. He’s an Olympic weightlifter. Please welcome Daryl Dorf.’ 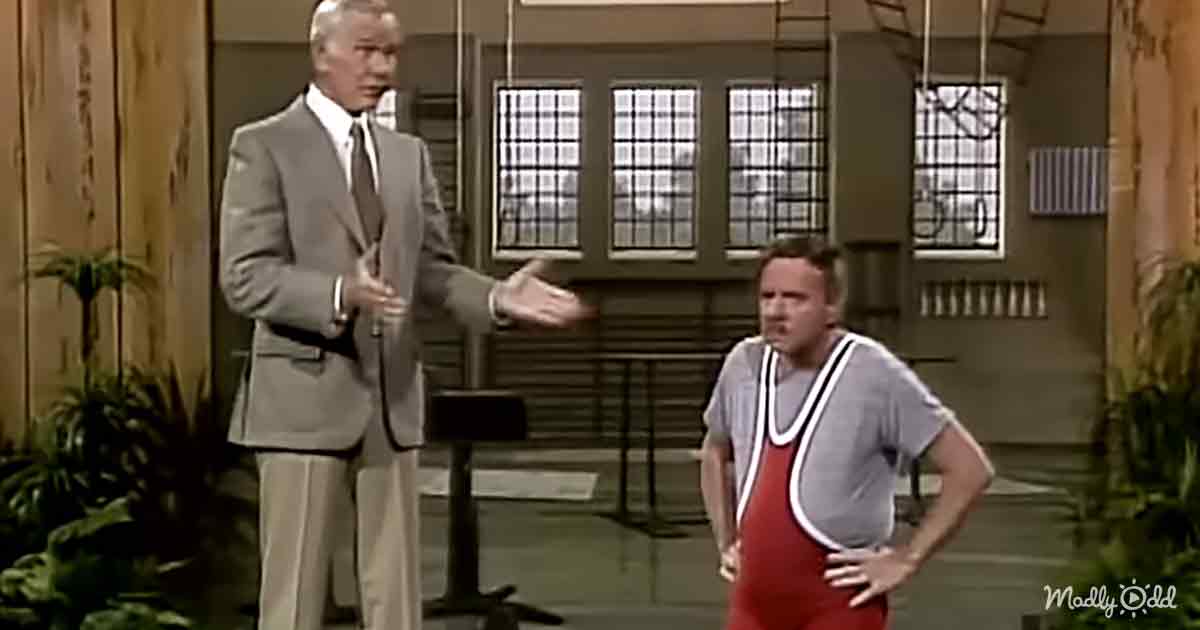 Tim Conway is dressed like a weightlifter, but he is comically half the size of Johnny through some stage trickery. He stands in front of a rack of weights as Johnny begins to laugh and talk to him. Johnny tells the crowd that Dorf will attempt the weightlifting record.

Dorf says, ‘Tonight, I’m going to attempt to lift 484 pounds.’ He says it in a high-pitched Russian accent. The crowd laughs, and Johnny says, ‘Could you explain to this audience what is going into this lift?’ Dorf describes how much weight there is because there are only two small plates on each side, and he says there’s 200 something on each side. He explains the form he uses is called a ‘jerk and lift.’ 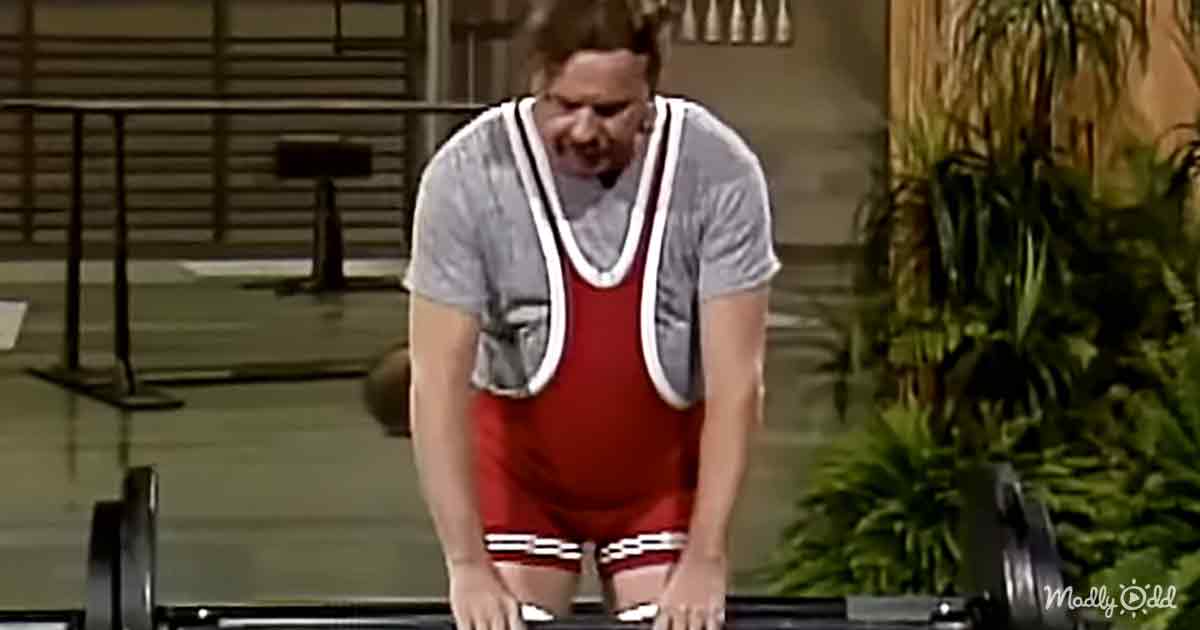 Johnny tells him good luck but says, ‘Mr. Dorf has to warm up a bit first.’ Dorf says, ‘Well yeah, with this kinda weight, you really gotta get into it.’ The crowd laughs because the weight on the bar looks so tiny.

First, he reaches to touch his toes, and the audience laughs because he’s so short that his toes are an arm’s length away from his hands. Then, he sits down, his little feet pop up, and he stretches, and the crowd loves it. Then Johnny says, ‘Ok, I think it’s time for the lift. Everyone be quiet, and here is the world record lift of 484 pounds.’ 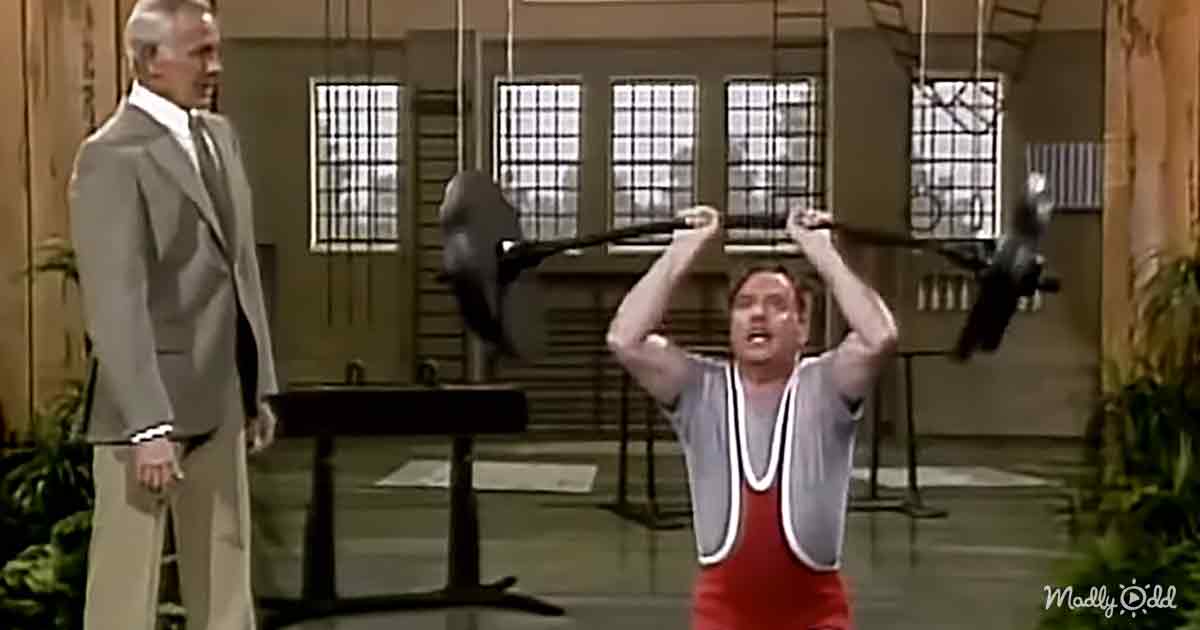 Dorf says, ‘And don’t give me that idle chit-chat while I’m lifting.’ Dorf pulls it up to his stomach, and the bar is flimsy and bending. He says, ‘I’m gonna bring it up to my chest now, Johnny. This is the tough one.’

Dorf brings it up while struggling, and his tiny body falls over multiple times, but he holds the weight up. Dorf lifts it over his head and says, ‘Oh boy, I think we got trouble.’ Dorf slowly falls down and crashes on the floor, and Johnny is right next to him, cracking up the whole time. Johnny shakes Dorf’s hand and says, ‘Better luck next time.’