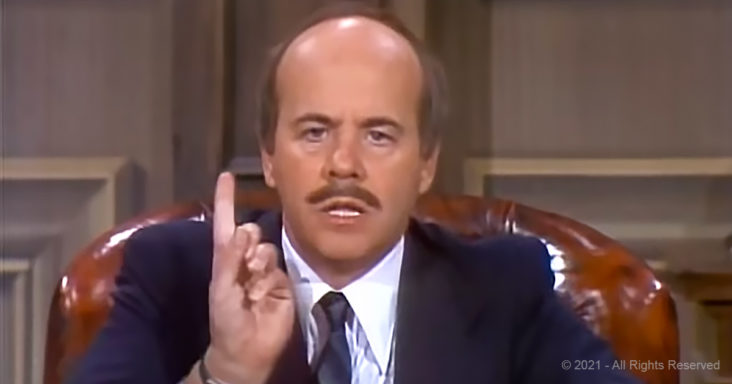 Tim Conway reminded me of the cartoon character, Droopy Dog. Even if he plays someone angry or sad, his expression is always funny.

One of Carol Burnett’s comedy cast, Tim Conway, distinguished himself with sight gags and funny costume sketches. In this sketch, he plays a serious newscaster.

As she begins his newscast, he is discussing competition between industries. His microphone stops working. A technician tries to fix it without interrupting the broadcast.

The more the technician works, the worse the problem becomes. Tim keeps talking and never smiles. He drones on, telling a joke you can’t hear.

The technician replaces the microphone with a bigger one. When Tim touches the cord, there is static, so he replaces it with a lapel microphone.

After several attempts to attach it, the technician clips the microphone to Conway’s nose. He looks cross-eyed at it with surprise, but Tim never smiles.