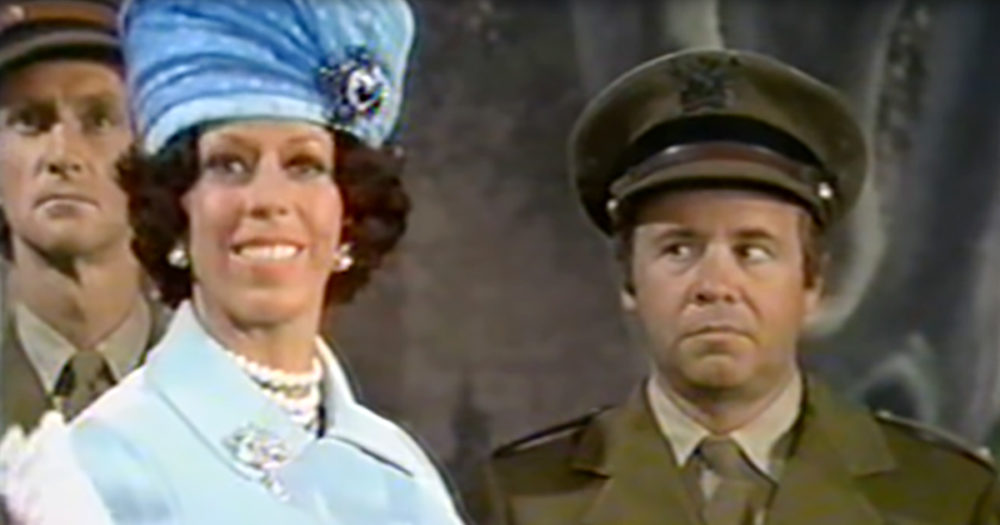 Watch Carol, Harvey, and Tim parody the pomp of Buckingham Palace. Get ready to laugh and smile with Carol Burnett and her comedy crew!

In this classic sketch, Carol reprises her recurring take on “Queen Elizabeth II” along with Harvey as “Prince Philip” as the out-of-touch royals try to present “war hero” Tim Conway with a medal.

The legendary comedy of The Carol Burnett Show is gone but not forgotten. Thanks to the Internet it’s still here to be enjoyed by millions of fans new and old, and you don’t have to wait until Saturday night anymore.

In this side-splitting sketch, Queen Elizabeth hosts a formal, televised ceremony in front of Buckingham Palace in which she is meant to bestow a medal for bravery upon Royal military officer Tim Conway.

His heroic act? He is swallowing a live grenade during combat, saving his entire platoon. “That brave man has no internal organs,” explains Carol in a mock-British accent to her stuffy husband.

There’s only one problem. The impudent, disrespectful, decidedly unBritish Tim doesn’t want a medal. He wants a pony.  And wait until you find out just what sort of pony he wants!  We’ll give you a hint: it doesn’t exist in the real world.

Soon “Queen Elizabeth” and “Prince Philip” have enough of their demanding awardee and lose their stiff upper lips.  We won’t ruin the ending but wait until you see the slapstick sight gag the royal couple pulls to stick it to Tim Conway’s “Private Newberry.”

“One of the greatest, and funniest entertainers of all time — Carol Burnett, what a lady,” wrote one devoted fan.  “And her cast was SO funny — we could see them almost crack up from time to time, with their hands over their lower face to hide the smile and giggles. But Carol could keep the straightest face when she wanted to! That was the best show ever! Carol is still making us smile, though in different ways. Carry on, Carol, we still love you and always will!”

“And I had just been thinking of how Carol looked like a young Princess Anne,” commented another fan of this sketch.  “This was a wonderful find!”  We couldn’t have put it better ourselves.

Are you ready for a trip to merry old England? You’ll be laughing the rest of the day. Click the video below and then share it with your friends. Cheerio! 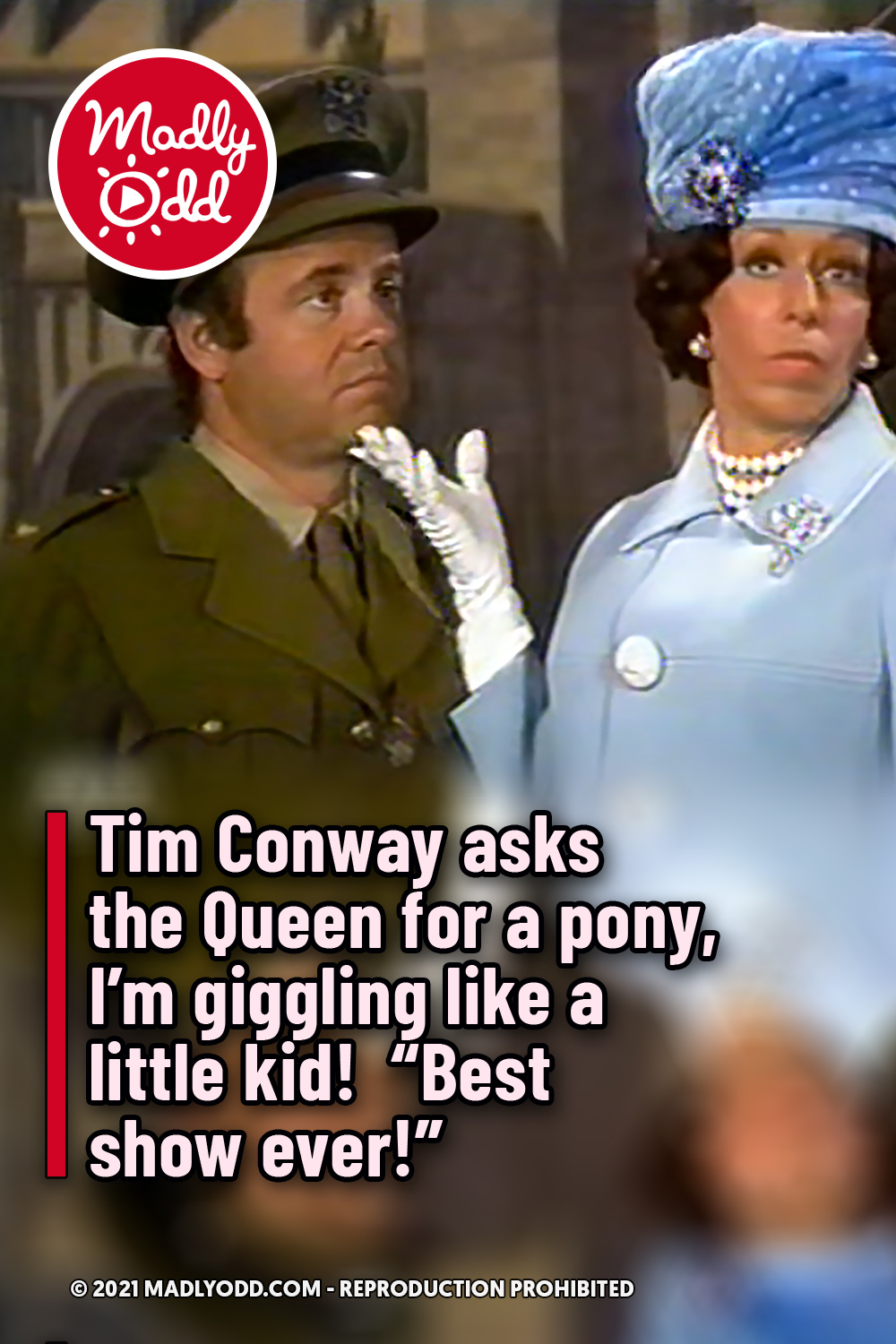