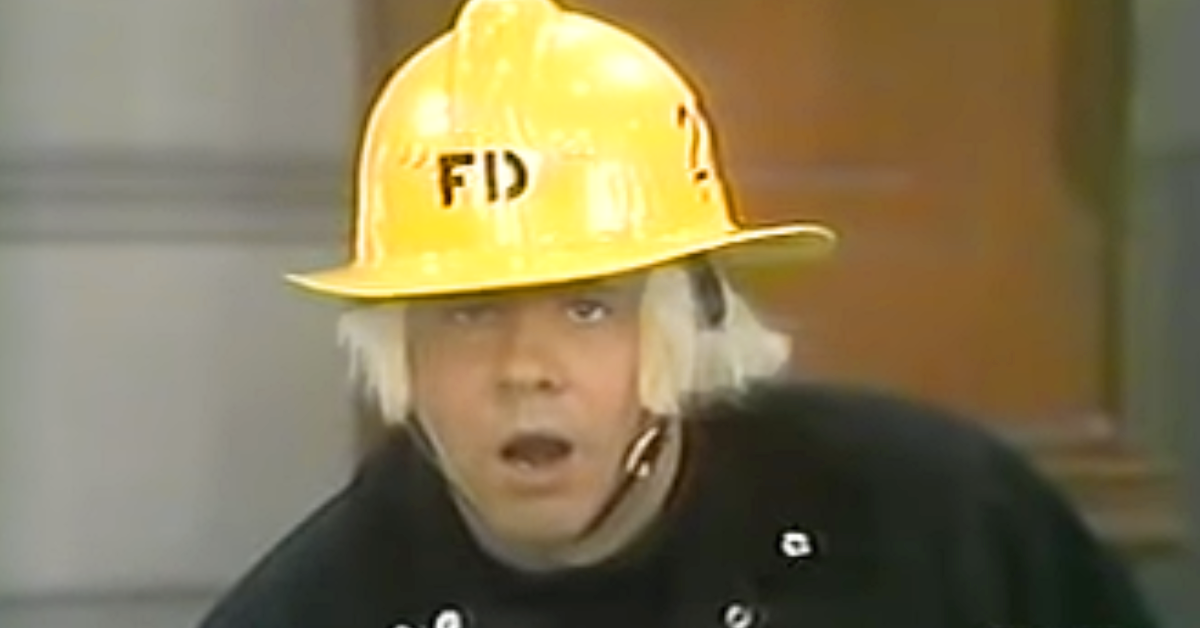 Tim Conway’s “Oldest Man” characters are easily one of the most beloved and hilarious creations in comedy television history, if not the most famous.

Even Tim Conway says “The Oldest Living Fireman” as among his favorite sketches he’s ever performed. It’s easy to see why.

The Oldest Man is known for his signature shuffle, created by his absurdly slow movements, but it’s usually Harvey Korman that seals the deal. He always plays the “straight man” to Conway’s comedic characters, but he can never keep a straight face, can he?!

In this hilarious video below, Harvey calls the fire department and the Oldest Living Fireman comes to the rescue… rather slowly. Well, that’s an understatement to say the least.

Fans of The Carol Burnett Show are loving this clip, “I almost find this better than the dentist sketch. Harvey’s laugh is infectious!”, said one. Another fan added, “I still remember when I first saw this sketch, first-run on CBS. My parents were with me, and we were all roaring. So much for the generation gap!”

The laughs start from the moment you press play, so what are you waiting for? Let the laughs begin and be sure to pass this video along to a friend because Tim Conway is just too funny to keep all to yourself.