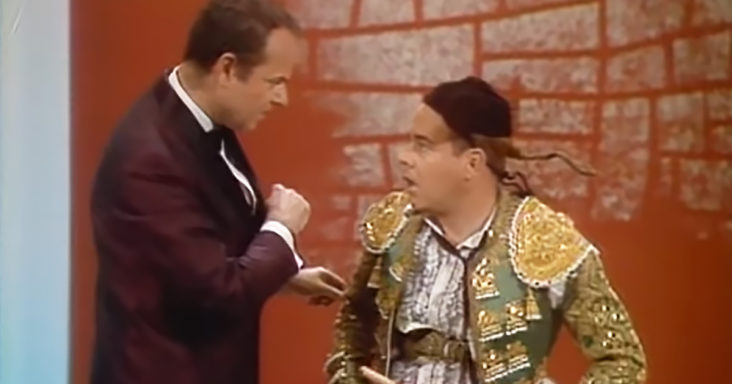 ‘The Carol Burnett Show’ was a popular sketch comedy series that ran from 1967-to 1978. Along with Burnett, many actors graced the sound stage at CBS studios. 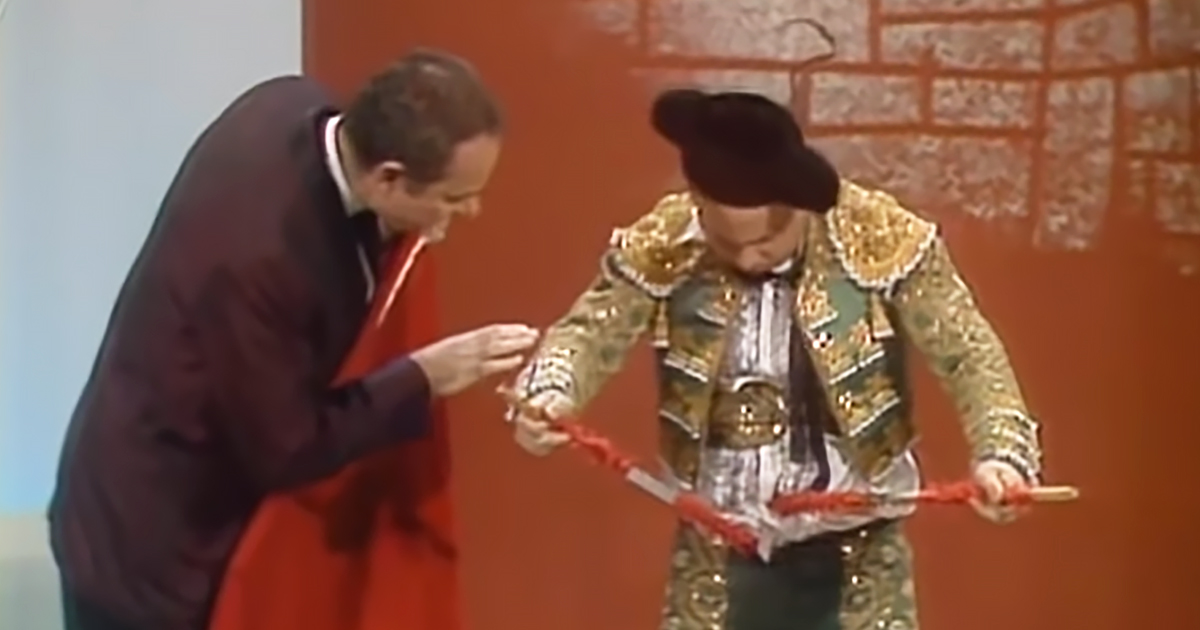 Two of those famous comedians were Tim Conway and Harvey Korman. Both men often appeared opposite to each other. Conway almost always played the funny character while Korman portrayed the straight man.

In this sketch, Conway plays a matador. Korman interviews Conway before his next bullfight. However, it’s difficult to believe that Conway has survived a match at all. 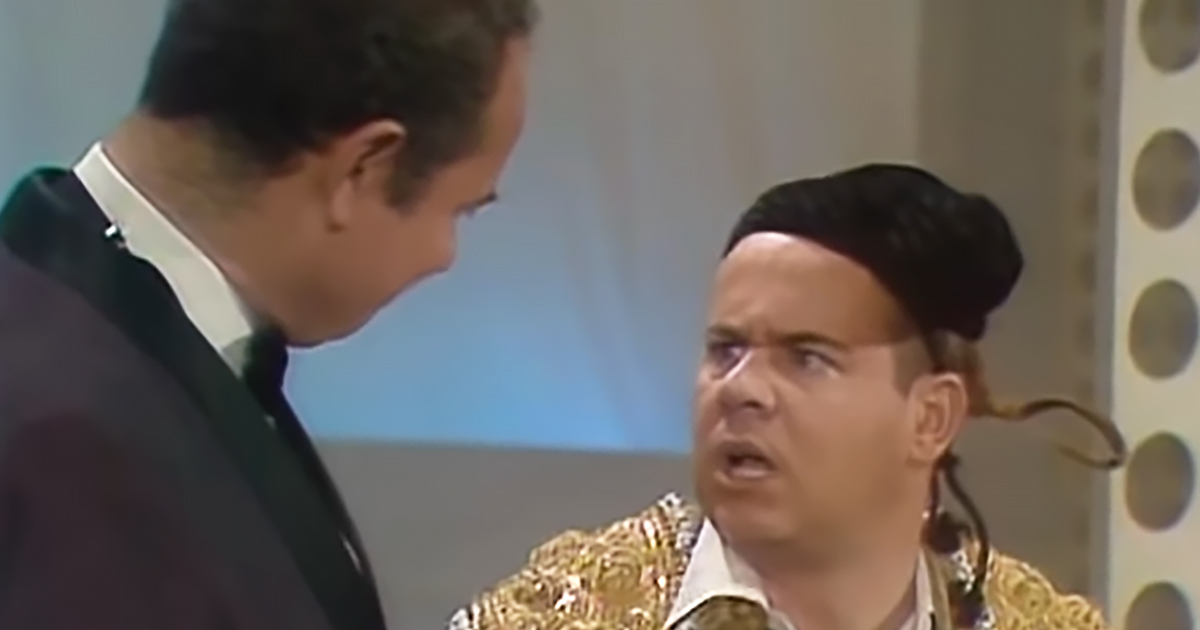 When Conway appears, he is disheveled and intoxicated. His matador costume is thrown on–even one of his socks is falling down. His matador hat is cocked to one side, and Conway wears a weird ponytail headpiece that sticks straight out.

Korman attempts to interview Conway just before going on for his next match. He asks the bullfighter many questions about his cape and how he uses it, but Conway doesn’t really have any answers. 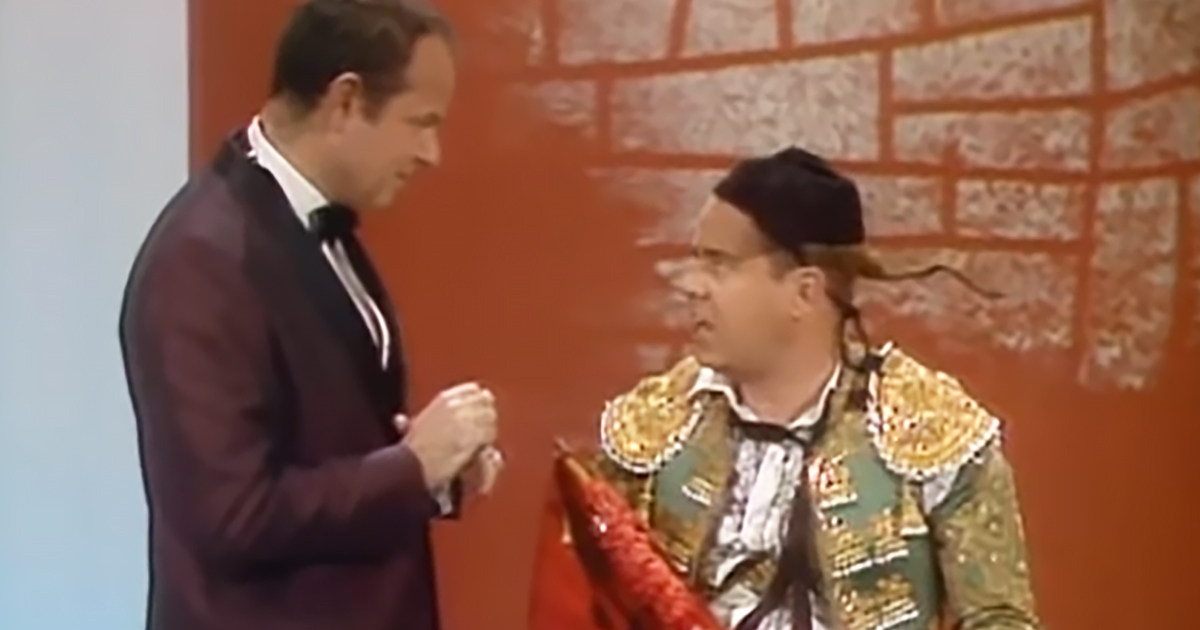 Finally, Korman remarks that Conway is a little chubby to be a bullfighter and asks Conway about his weight. Conway explains that he’s 165lbs, plus ten, so he’s 175. Korman asks for clarification. Conway tells him that he was once impaled by a bull’s horn, and they left the horn in him.

Korman asks what’s the first thing Conway does when he enters the ring. Conway tells him, “Fall to my knees.” Korman suggests that it’s in an attitude of prayer, but Conway corrects him. He just falls. Then the crowd cheers, and off the bullfighter goes to another match. Will he survive this next encounter?