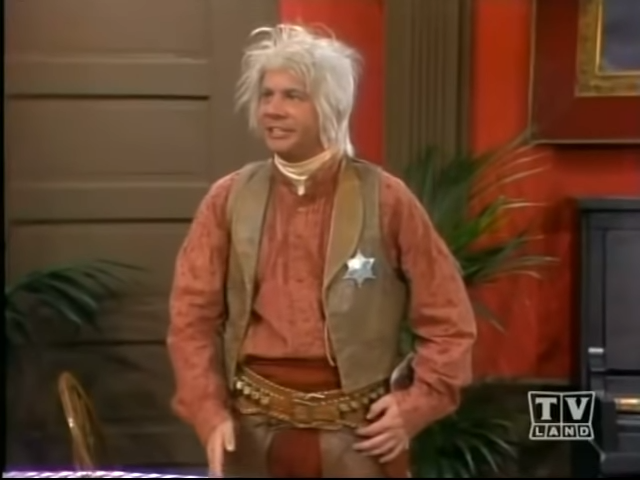 I’m writing this with tears in my eyes – tears from laughing so hard. This video, among many others that feature Tim Conway and Harvey Korman, are comedic treasures.

This hilarious western video from ‘The Carol Burnett Show’ has all our favorites: Tim Conway, Harvey Korman, and Vicki Lawrence. The sketch opens at a Western saloon. Cowboys are sitting or milling around the bar. 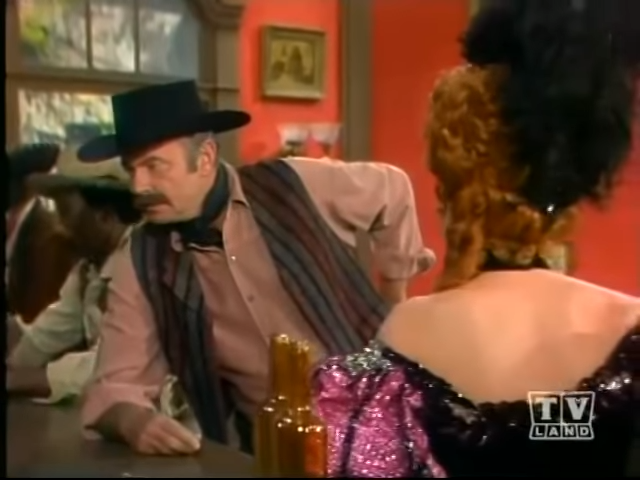 Seconds later, the swinging doors burst open… and in strides Korman, as the bank robber, appropriately wearing a black hat.

The first sign that this isn’t going to be your typical Western, Korman strides over to the bar and orders… a Mai Tai. Not exactly the drink of choice of a hardened bank robber!

Vicky Lawrence says that his kind isn’t welcome here. Korman’s robber doesn’t care a bit and looks to have a seat to gamble. Then, lo and behold.. the town’s sheriff is coming!

Well, they have to wait, since Conway’s lawman, is a doddering older gentleman who can’t even push the saloon doors open. He has to climb under the doors. After standing up in front of the door, he makes his way… slowly… over to the table.

Conway is a MASTER of physical comedy, and he shows it as he tumbles onto the table and into an empty chair. My tears of laughter are already starting. I don’t want to spoil everything, but a hilarious card game, with Korman having to struggle against breaking character, and ensuing gunfight occurs that is laugh-out-loud funny.

The inside game was that Conway made it his mission to make Korman laugh during every sketch. Watch them again, and see how many times he smirks or laughs. It adds SO much to the viewing.

I remember very well when The Carol Burnett Show aired initially. It was first on Friday nights, then CBS moved it to Saturdays nights — and what great evenings those were around the TV with the family! It was pure entertainment with a powerhouse Saturday-night lineup of primetime fun that included All in the Family, M*A*S*H, The Mary Tyler Moore Show, and The Bob Newhart Show.

Get ready to watch and laugh. Tell us what you thought of this classic Conway comedy sketch and add your review down below. Enjoy!