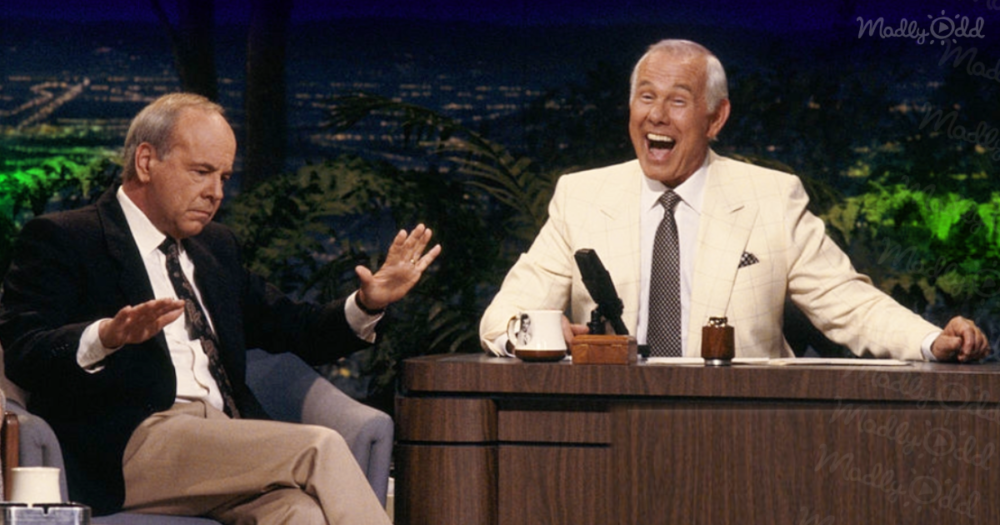 In this classic Tonight Show interview, Tim proves to Johnny, Ed McMahon and millions of viewers he’s still the funniest guy on TV.

Who can forget the hilarious Tim Conway’s sketches from The Carol Burnett Show and a slew of Disney movies including the Apple Dumpling Gang series of films in which he was paired with fellow comedy legend Don Knotts?

If you’re of a certain age, Tim Conway is surely a part of your fondest memories. In this laugh-out-loud funny clip from The Tonight Show, Tim is there to promote is new series, Ace Crawford, Private Eye, a sitcom that parodied hard-boiled film noir detective movies. 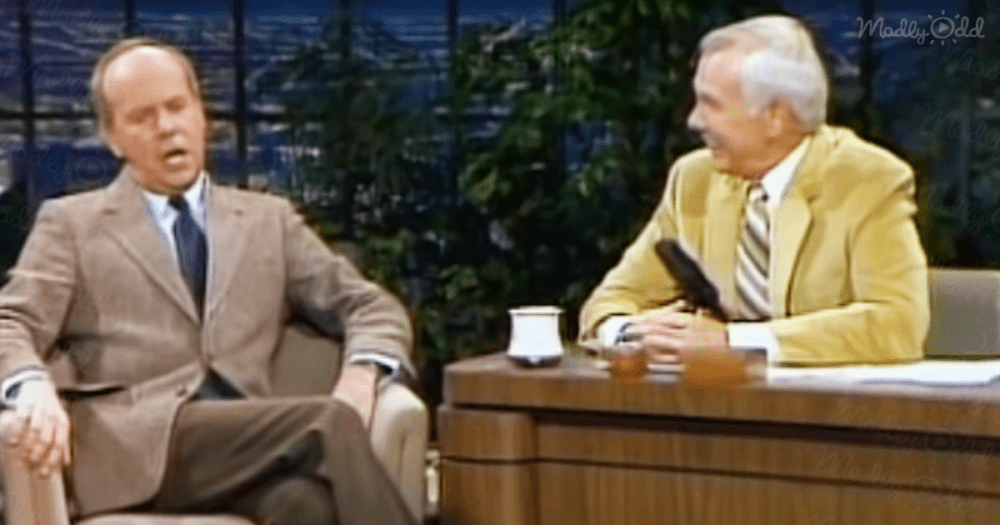 Every episode ended in the same hysterical way, with Tim walking along the docks on a dark, wet night and fading out of sight in the dense fog, only to be followed by the sound of a loud splash as though he’d walked off a pier and fallen into the water.

This Tonight Show clip is so hysterical because Tim barely pitches the show, instead of regaling Johnny and the enrapt audience with one outrageous story after another, especially about skiing mishaps. You won’t believe some of his hair-raising stories about accidents on the slopes.

You’ll roll in the floor laughing when he talks about his misadventures learning to speak Spanish and his first trip to Mexico to try out his language skills. We won’t ruin Tim’s nonstop punchlines but let’s just say it ends with an octopus.

“Tim Conway is one of the funniest dudes ever,” commented one fan of this clip.  “And The Tonight Show (Johnny Carson era) was one of the best night tal shows ever as well.”

No Tim Conway interview would be complete without mention of his longtime Carol Burnett Show partner Harvey Korman, who’d just had a baby when this interview originally aired.

“He has a baby girl, and they’re just as happy as can be. The baby was born in 1983, which oddly enough is the same age Harvey will be when she graduates from college,” Tim tells Johnny, sending the audience into fits of laughter.

Another fan among the nearly two million viewers (and counting!) to watch this clip was equally effusive in his praise.  “I remember watching him on The Carol Burnett Show with my parents as a young boy and the way he could make the other actors laugh during the skits was great TV.”

Now it’s your turn. Heeere’s Johnny! Just click the video below to watch the great Tim Conway crack up Carson on The Tonight Show and pass this smile to a friend.