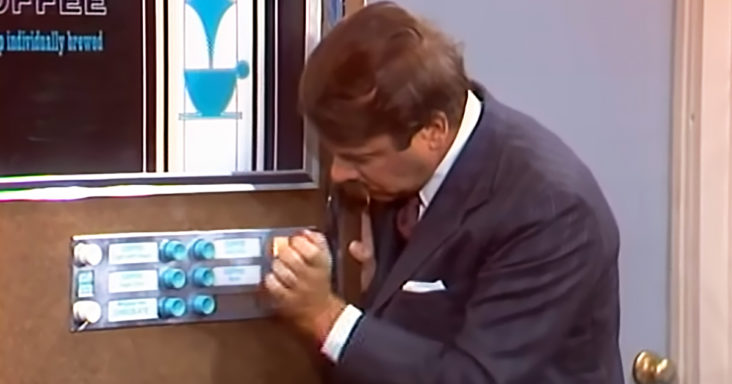 Harvey Korman and Tim Conway deliver round after round of laughter in their sketch entitled “The Vending Machine” featured on the first episode of season 10 of ‘The Carol Burnett Show.’ 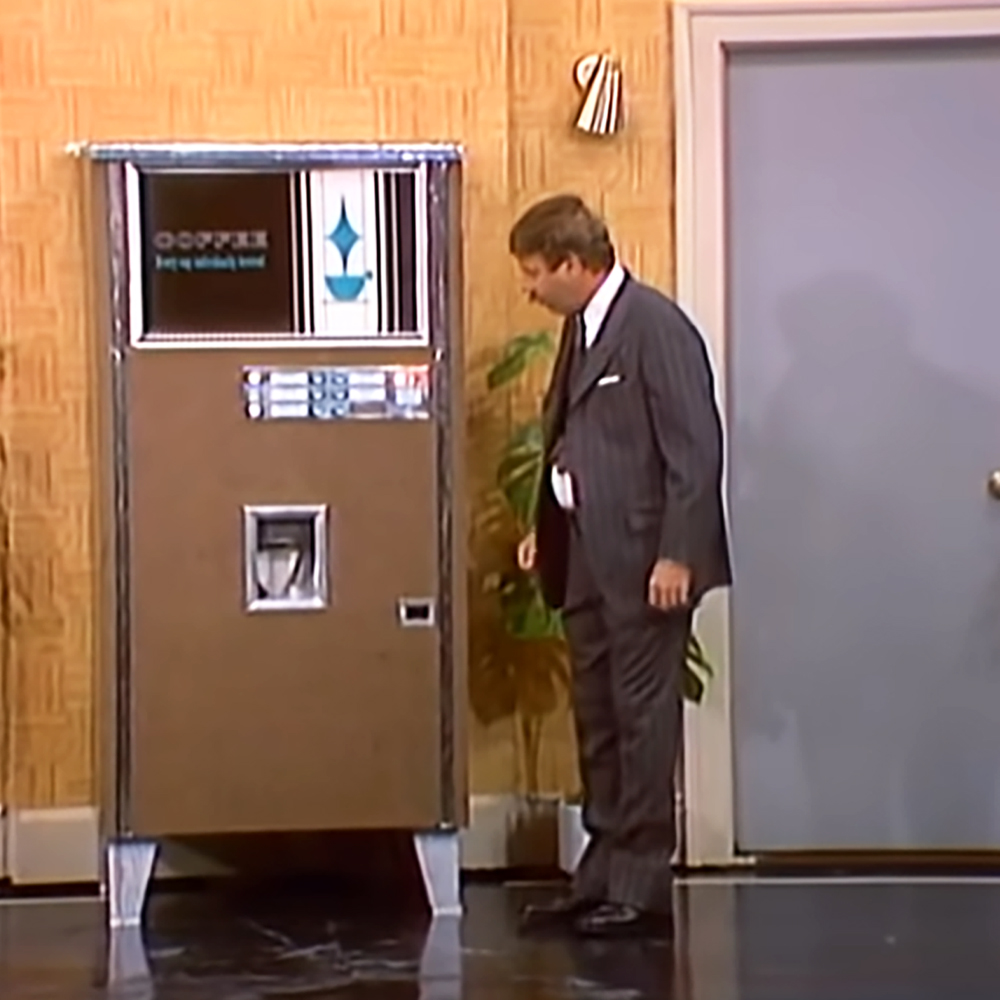 Tim Conway plays a mustached man with a gut who just wants to get a cup of coffee from the vending machine. Harvey Korman is the security guard on his daily rounds.

When Conway can’t get the vending machine to dispense his coffee, his hilarious abuse of the machine draws the attention of Korman, who jumps to the machine’s defense. 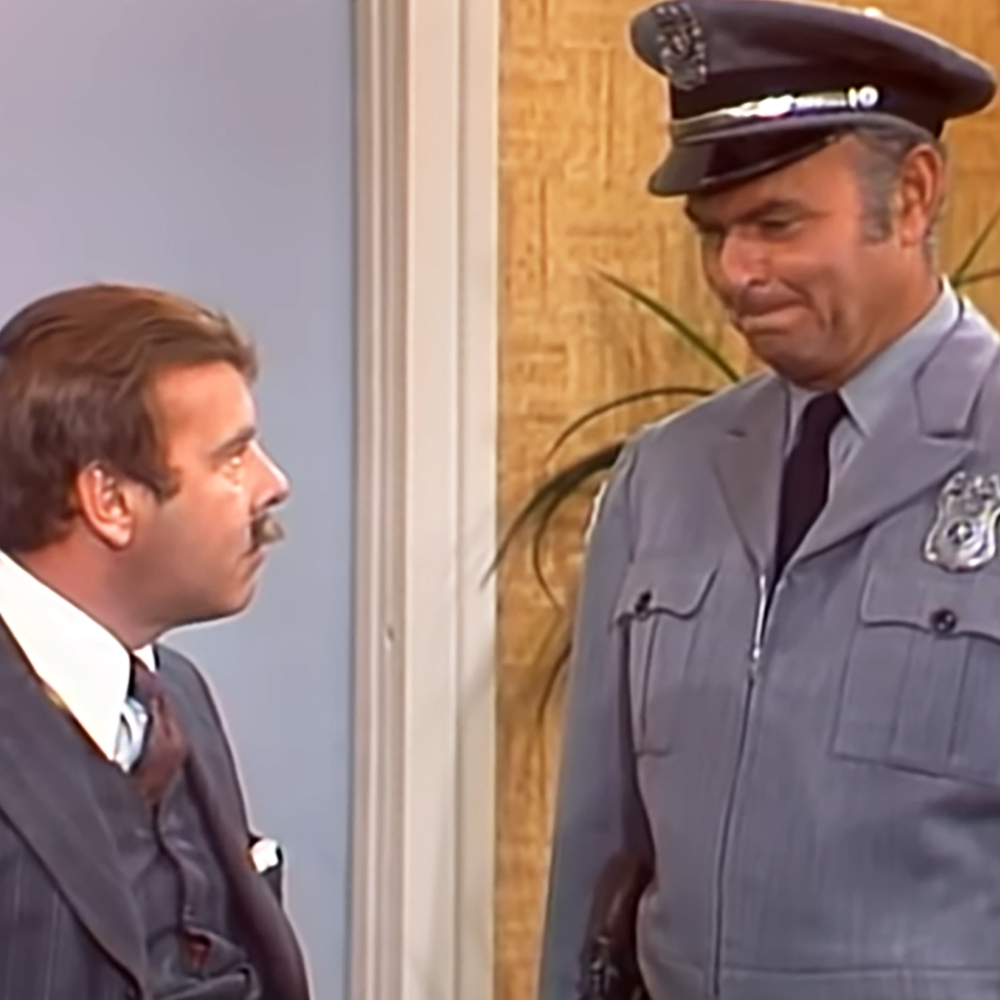 The audience howls with laughter as the two comedians try to keep straight faces while exchanging nonsensical banter using ridiculous accents. Soon, they part ways so that Conway can attempt to acquire coffee again.

Conway inserts coin after coin, but each time the machine fails to produce a proper cup of coffee by serving the beverage without a cup, with a faulty cup, or improper placement of the cup. 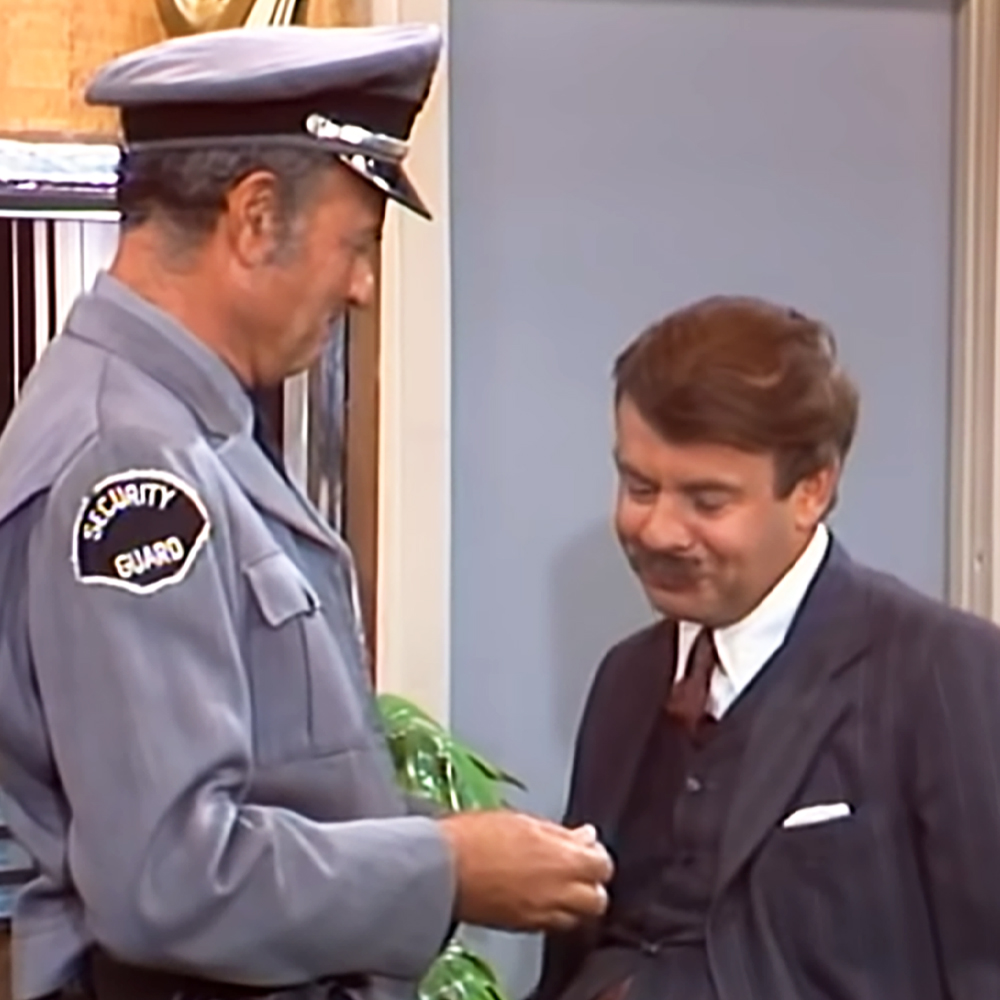 Each round frustrates Conway even more until Korman returns, and Conway snags the guard’s service revolver, firing a shot into the machine, which politely dispenses his cup of coffee.

Carol Burnett steals the show by swooping in at the last minute to commandeer the cup of coffee Conway worked so hard to achieve amid roaring laughter from the audience.