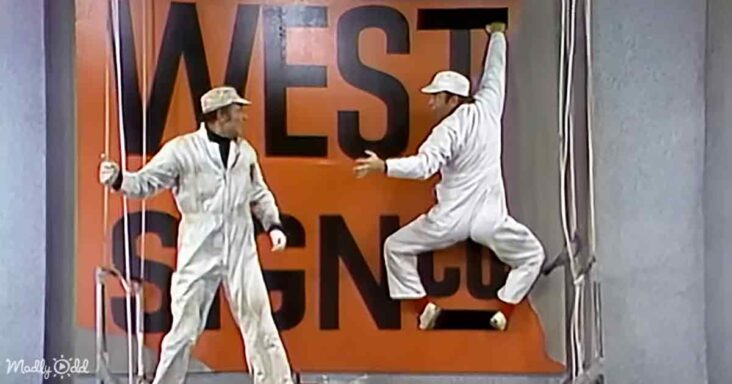 In this hilarious sketch from ‘The Carol Burnett Show,’ Tim Conway is afraid of heights. Tim was always known for his physical comedy and fantastic comedic timing. He was also known for making Harvey Korman break character. The two comics are at it again, this time as window washers. 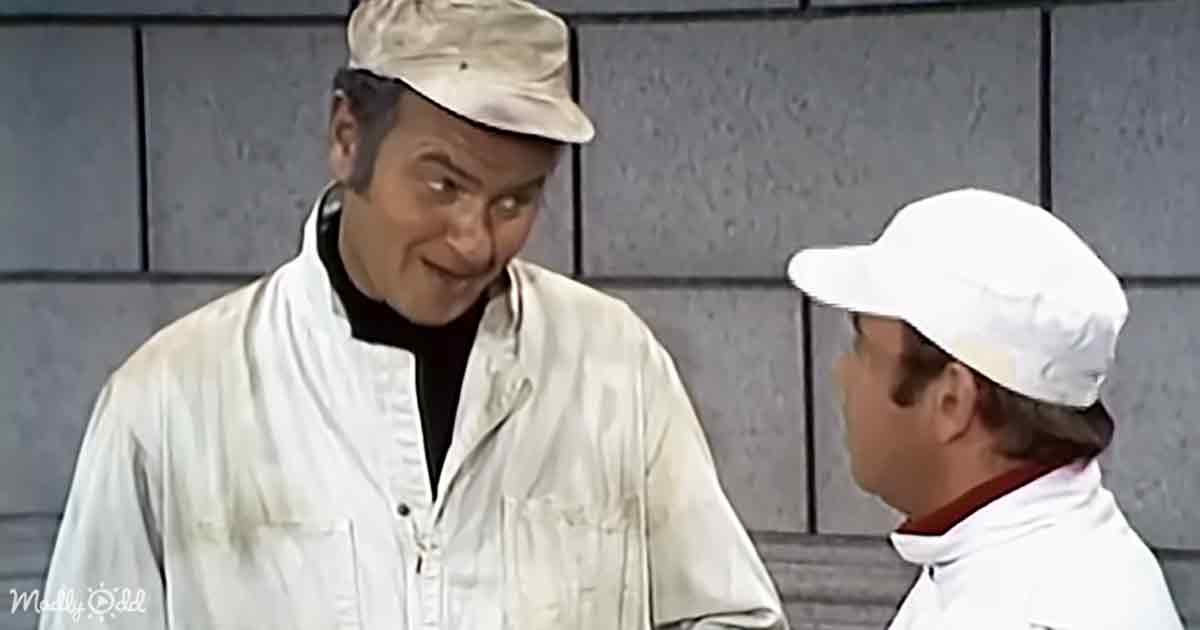 Harvey says, “Where is that apprentice? He should’ve been here an hour ago.” Tim walks up, introduces himself, and gives Harvey a note he must read immediately. Harvey reads, ‘Please make sure that the bearer of this letter, Virgil Frisbee, drinks his milk and takes a nap after lunch.”

Harvey stares at Tim in disbelief, and Tim nods at him. Harvey asks if it’s from his boss, and Tim says, “No, it’s from my Mommy.” Harvey yells at him and tells Tim to get on the scaffold. Tim hesitates and tells Harvey that he is scared of heights and refuses to get on. Harvey picks Tim up, puts him on the scaffold, and tells him not to look down. Tim immediately looks down and screams before they even leave the ground. 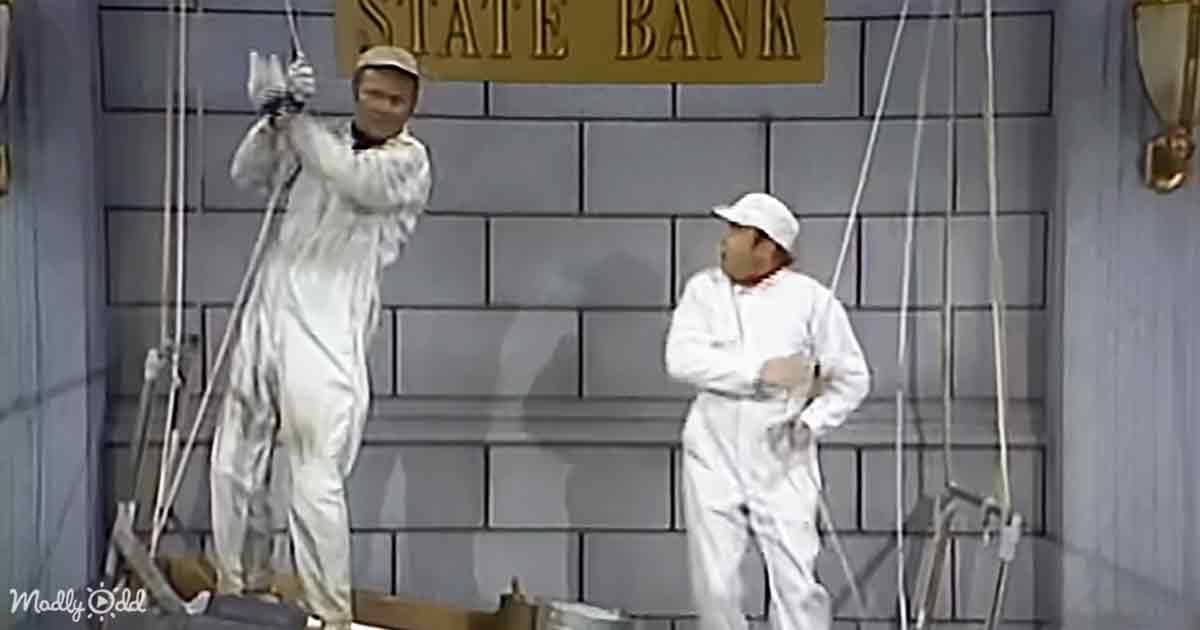 They both pull their ropes to rise up, and Tim is whimpering. Tim says it wasn’t that bad, and he looks down again and lets go of his rope, and they wobble. They get control restored, and Tim is so scared he starts speaking gibberish.

Then Tim says, “My whole life flashed before me. It was boring.” They sit on the scaffold and eat lunch, and Tim accidentally pours his hot soup on his pants without noticing. Harvey asks if he wants an orange and throws it to Tim, but when he tries to catch it, he falls off and barely hangs by a rope. 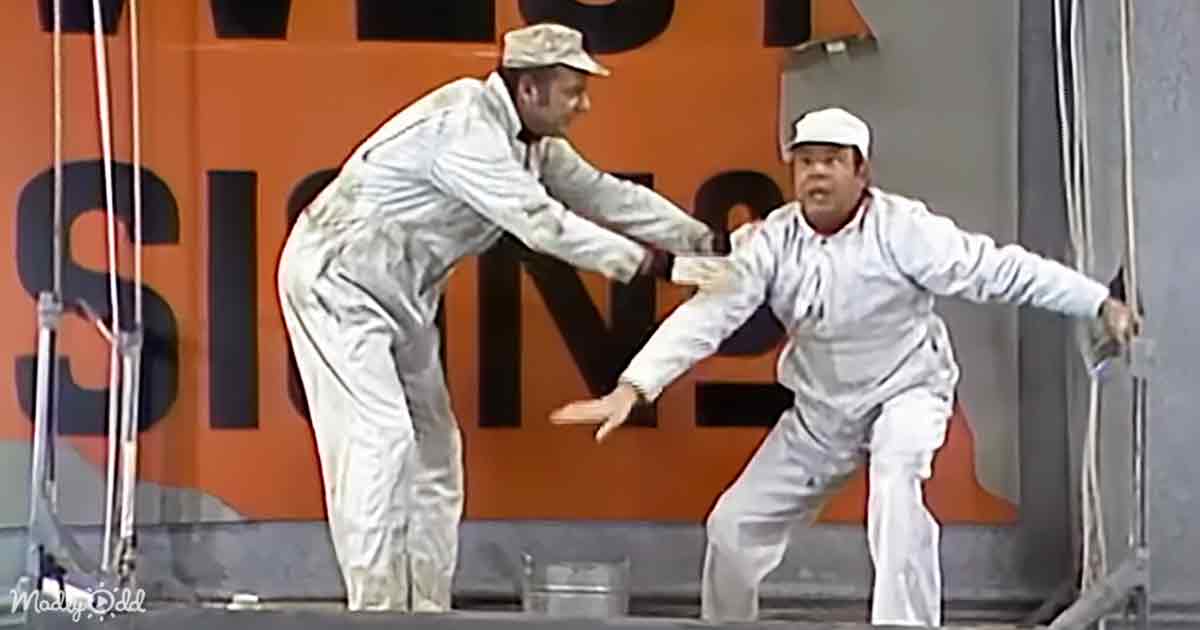 Later in the sketch, Tim finds a dead pigeon, and Harvey tells him to get it off. Tim hesitates to throw it, and Harvey yells at him while they fight over the pigeon. They drop it, and it makes a very loud thud on the ground, and Tim jumps, saying, “Perfect landing. All over the statue.” Harvey loses his hat and takes the scaffold down, leaving Tim hanging off the sign and yelling, “Mom!” 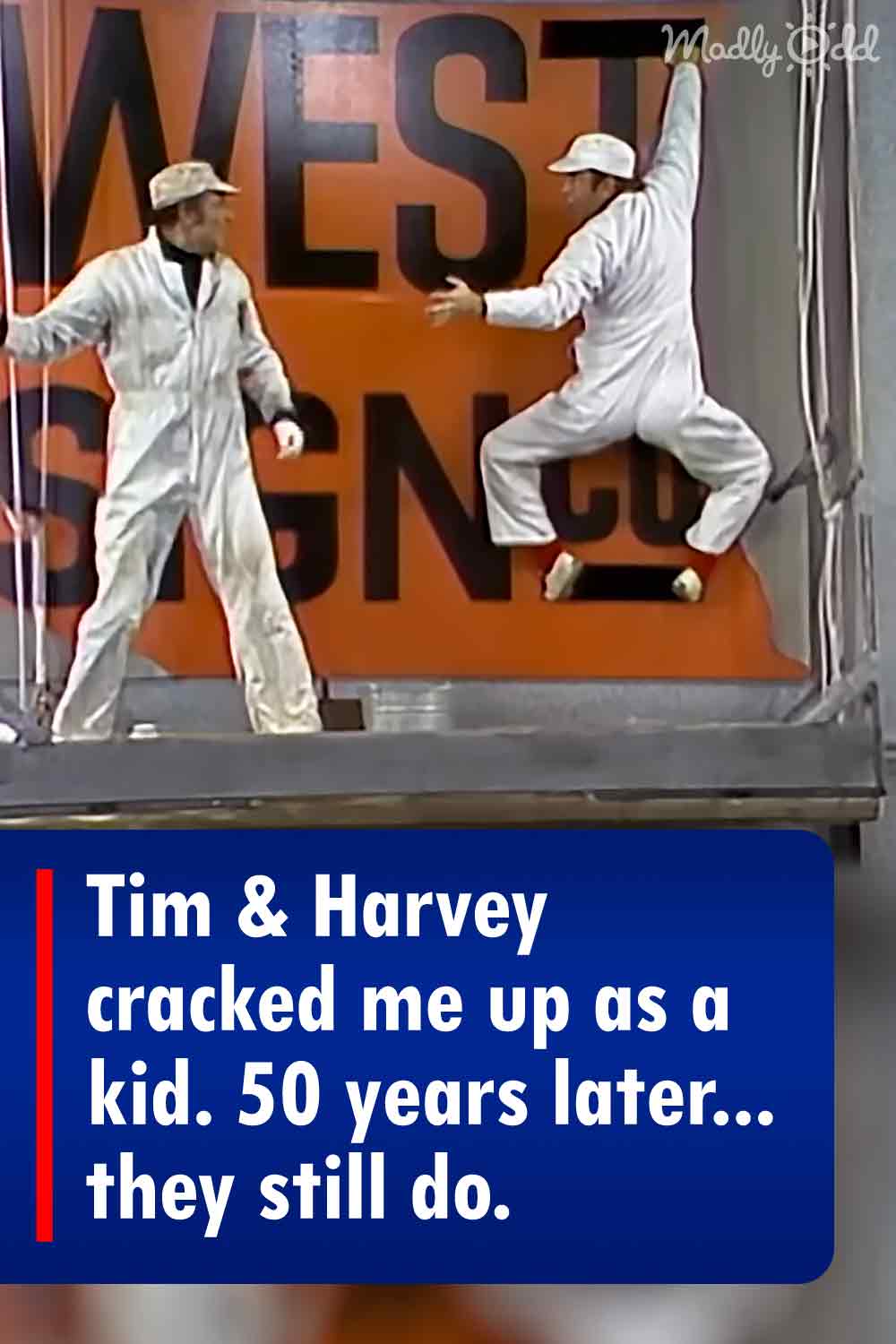