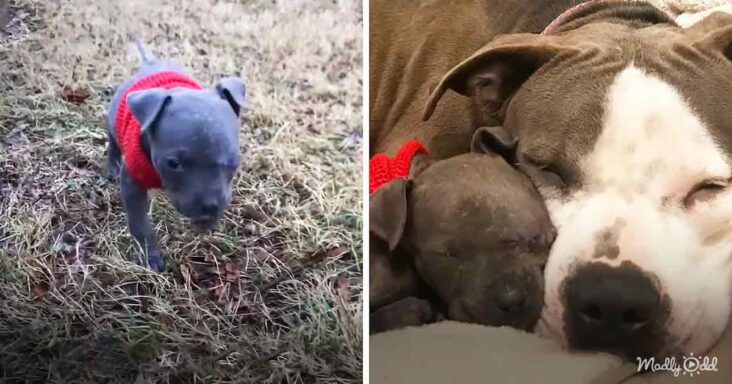 Rescuers found a puppy that looked like a gremlin and had one infected eye. She wanted a mother to take care of her. They named the puppy Raisin. Although Raisin had a ton of personality, that came with time. She was very sick when the rescuers found her. After inspection, the vet said saving Raisin was possible, but people might not want her as a pet. 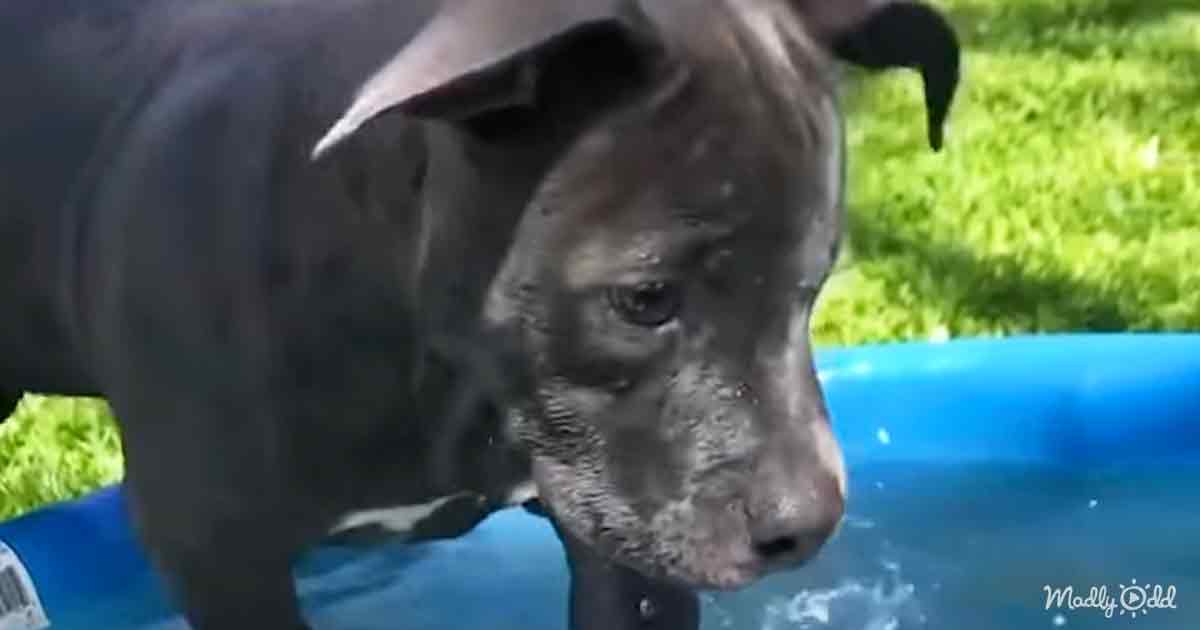 Thankfully, there was a mama dog that wanted Raisin. Rescuers pulled out the mama dog and named her Daya. Although she looked pregnant at the time of her rescue, it was a complicated situation. After a week, when Daya expected to see her puppies, she saw none. This made her very depressed.

Daya’s foster mom saw her situation and thought she needed help to overcome her mental state. So the rescuers decided to bring Raisin and Daya together. But unfortunately, nobody came forward to take both of them. This was when Katie Loveluck and her husband, Nick Loveluck, decided to foster both dogs. 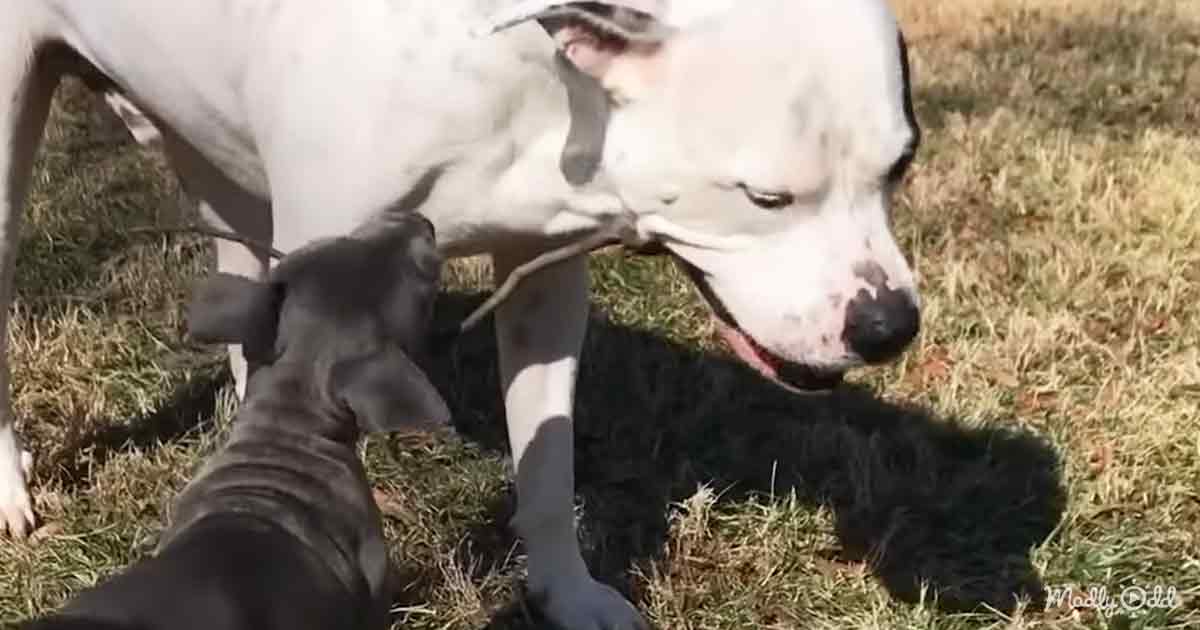 Katie couldn’t see Raisin because she was very tiny. On the other hand, Daya was very receptive to the puppy. The momma dog began grooming the pup as her own. She licked Raisin’s face and ears. Almost immediately, the pup reciprocated and began licking Daya’s face. This made Katie realize that the two would get along fine.

Raisin helped Daya get over her depressed mental state. The momma dog was very maternal and accepted Raisin as her child. At the same time, she was very protective and proud of Raisin. Soon Daya stopped struggling with her life. Raisin was also happy after finding Daya as her mother. Both the dogs benefited from each other’s company. 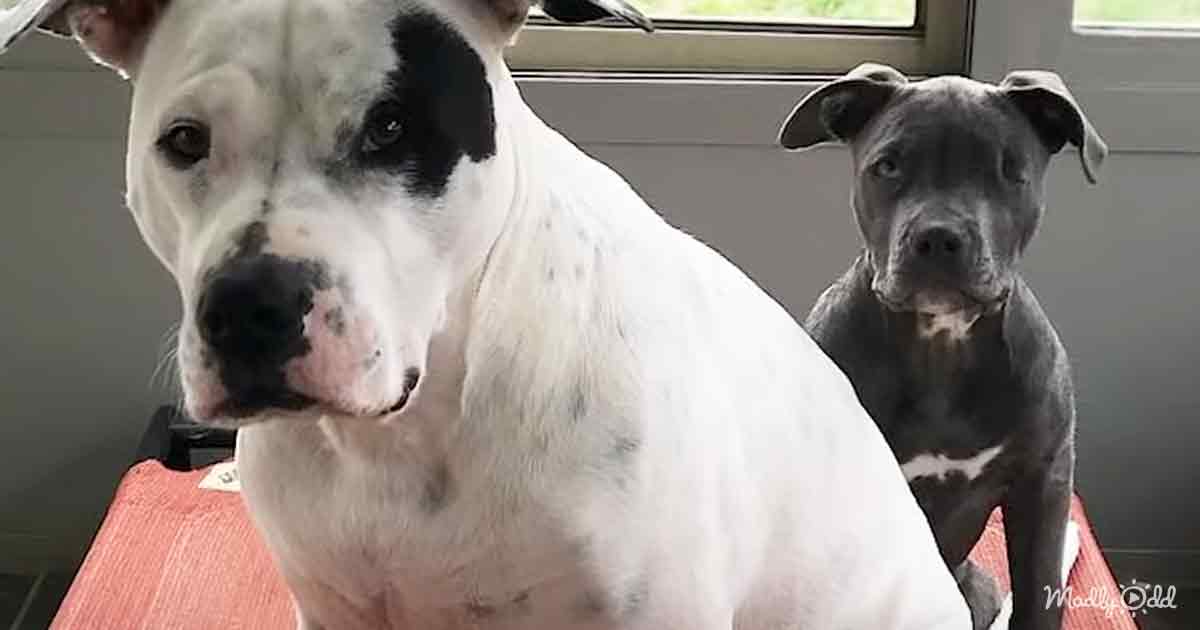 Soon Daya returned to her foster mother. However, Raisin stayed back with Katie. Her bond with Daya helped her get close to Katie’s other dog, Charlie. Although Charlie was a big dog, he was terrified of little Raisin. He didn’t want to hurt the puppy. However, they became best friends once he understood that Raisin was a solid and feisty puppy.

Raisin was so sweet and tiny that everybody around her wanted to protect her. Soon Charlie assumed a lot of maternal qualities staying with Raisin. However, it seemed a foreign concept since he had never been around a pup.