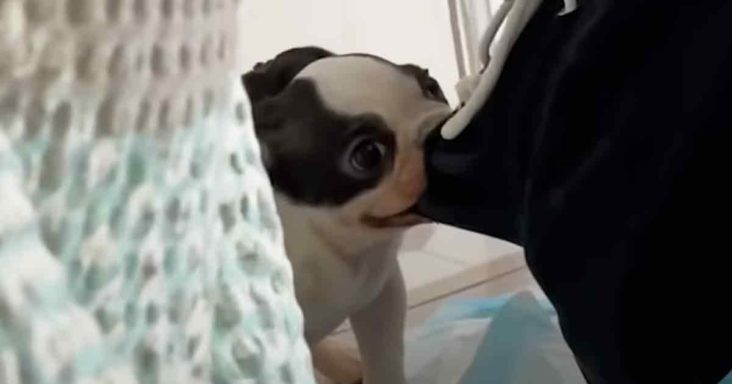 Emilie Rackovan started to foster a little French Bulldog puppy named Dolly. Unfortunately, the dog had an enormous potbelly. She could not hold herself up because her belly was huge. So when the foster mom decided to take care of Dolly, she did not think the puppy really had a chance. 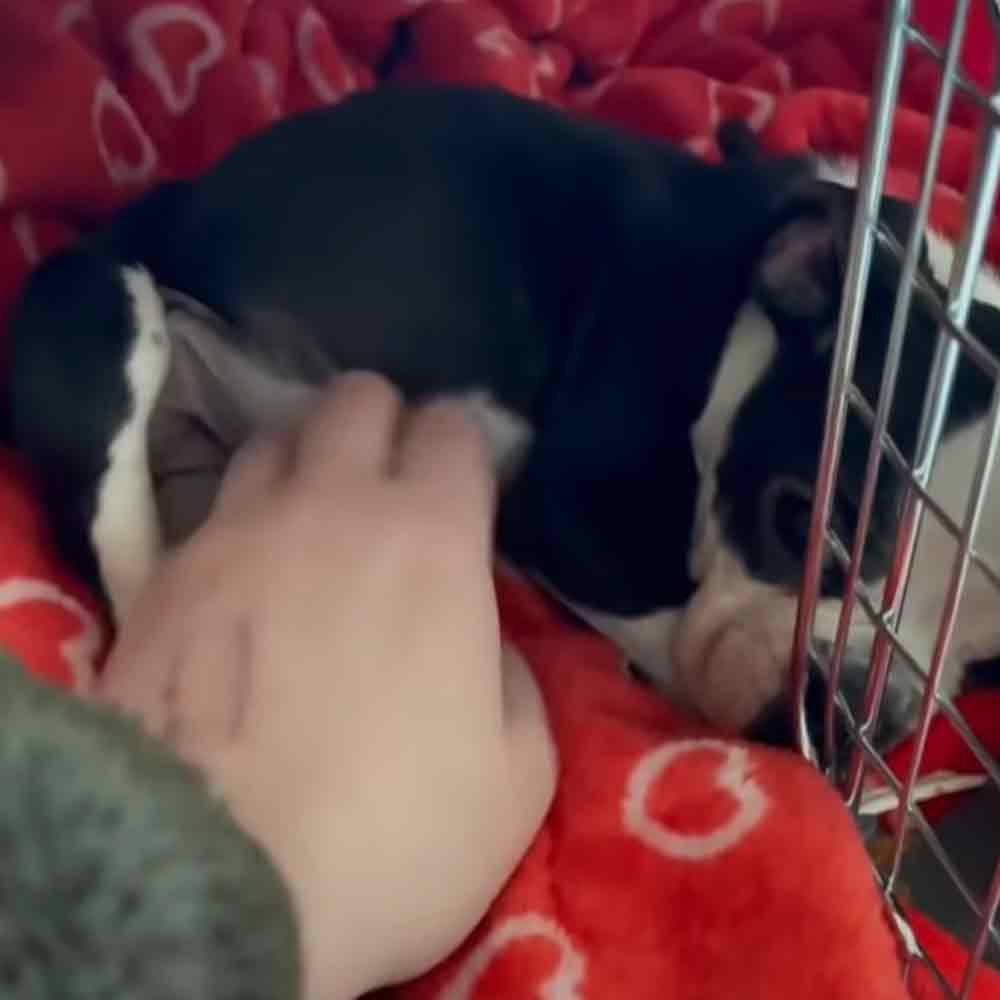 However, she was glad to know that the puppy still had an appetite to eat. The little one was a happy puppy and would wag her tail whenever she saw her foster mom. Emilie felt that the little one would indeed survive. 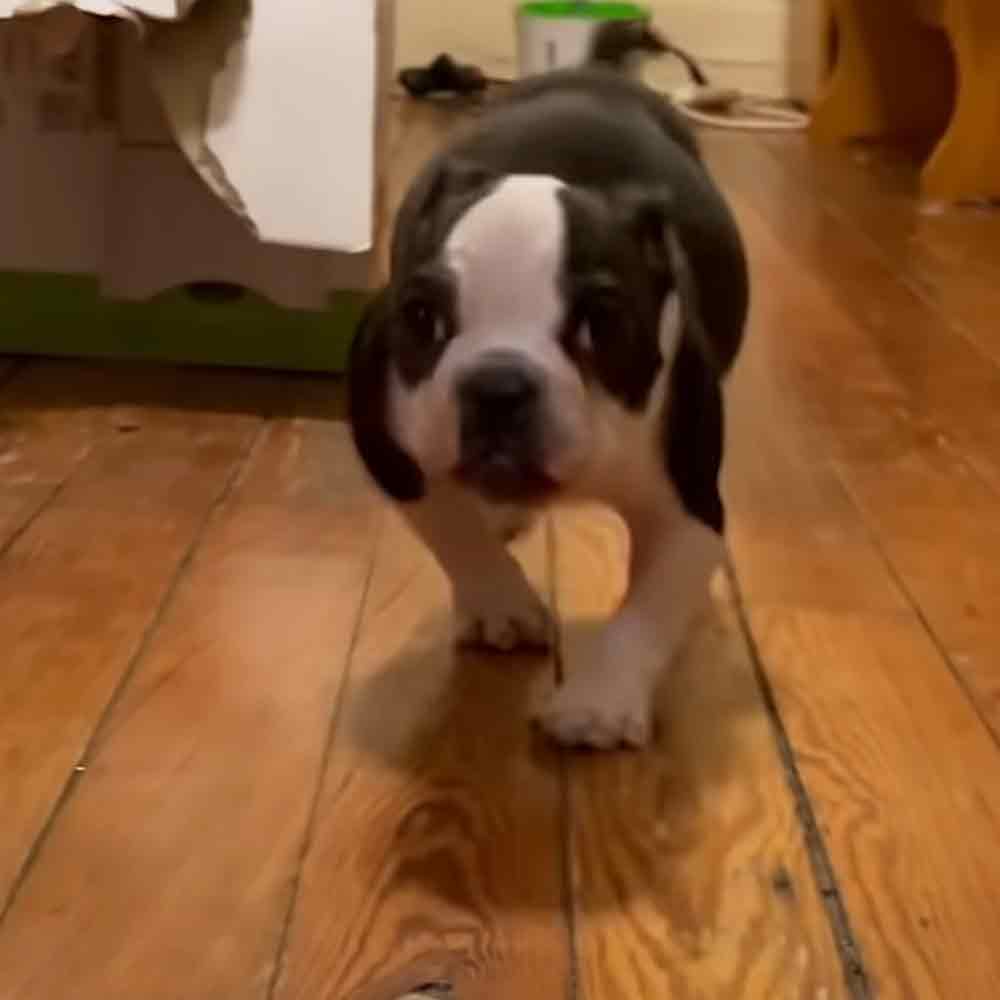 The little puppy spoke gremlin. The puppy was socially awkward, and Emilie thought she was huge. Dolly was an absolute menace. Taking the puppy for a bath or shower was Emilie’s only quiet time.

But Dolly would always pop up and disturb her playfully. Emilie did not have a moment of peace since she arrived. The foster mom was honestly shocked that the little one pulled through. Emilie thought that Dolly was just a beacon of life. 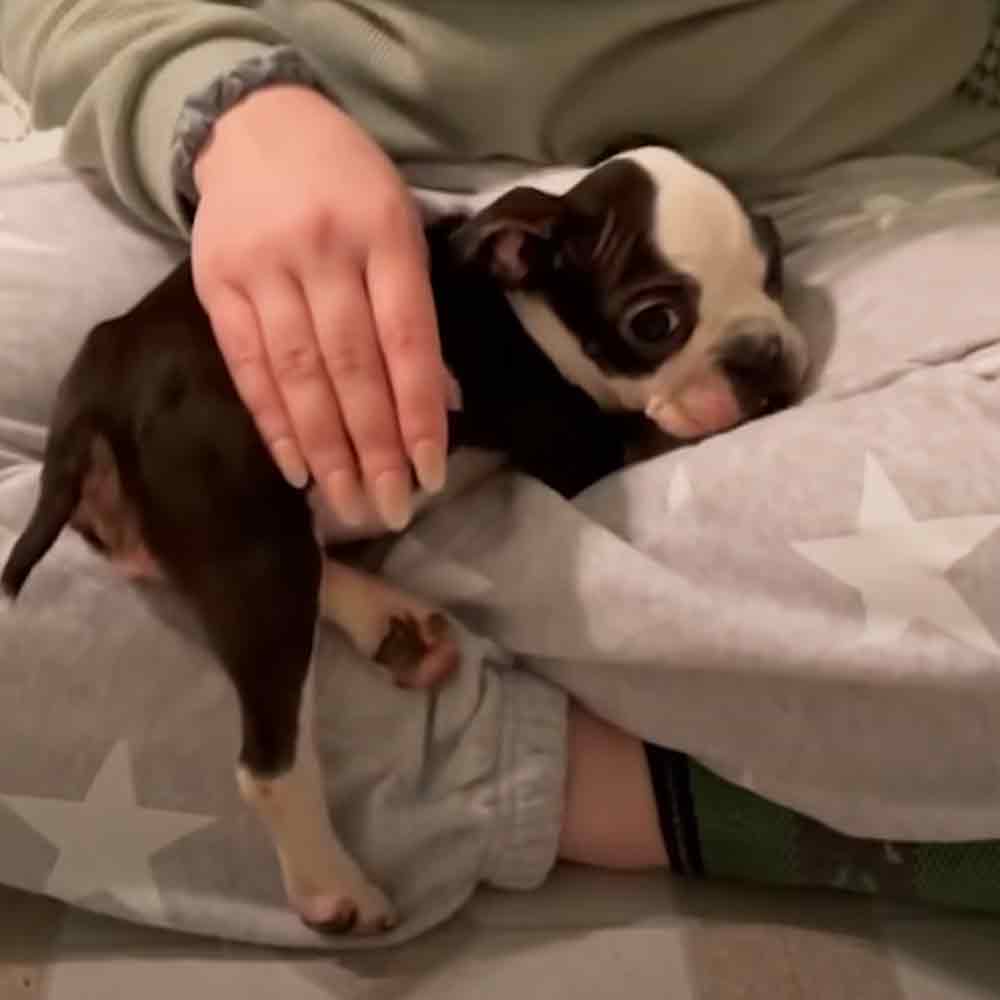 There was no moment that she did not have the best time of her life. She was happy wherever she went. Every time anyone petted her, she would wag her tail like a happy dog.

Emilie believed that she would soon be able to find a fantastic family who would love her. The foster mom knew that whoever adopted Dolly would be the happiest person because she was one of the cutest puppies in the world.