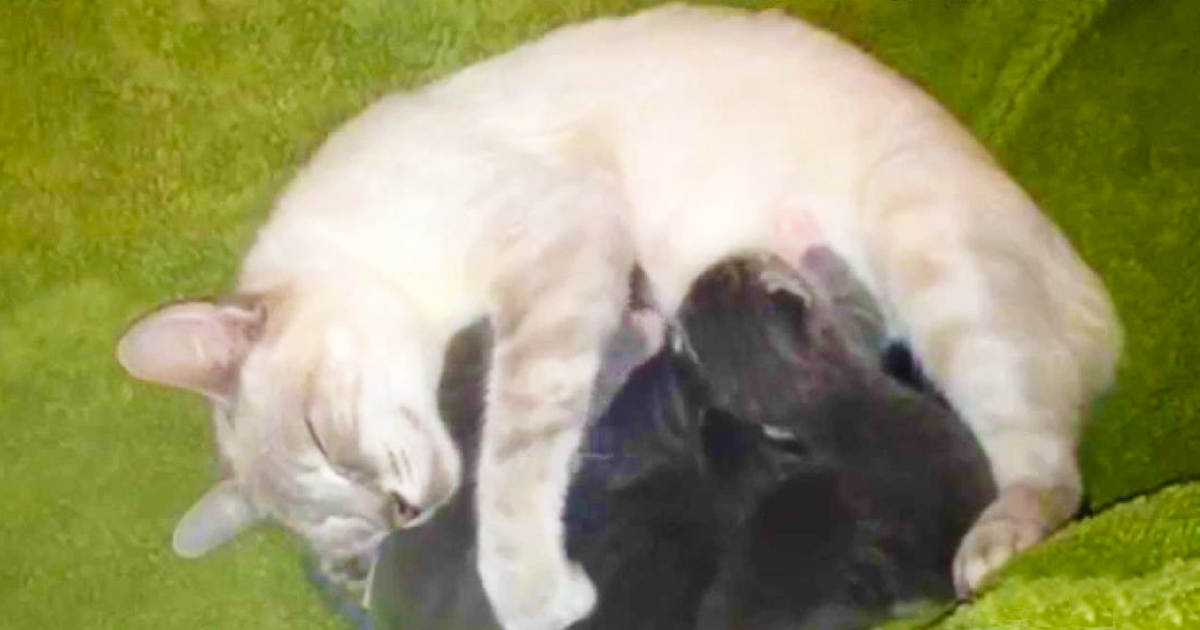 Nature can be fickle sometimes, just as her creatures can be. Motherhood in all forms of nature can be pretty tough, too. Often in the wild, it is survival of the fittest – if a young cub or fawn is faltering and holding back the pack, then it may well be abandoned. There are also instances of an infant animal dying, and the mother being beside herself with grief. Not unlike a human would be.

Back in May of the year 2014, tragedy struck when a Chihuahua mom gave birth prematurely to 4 puppies. Two of them, sadly, didn’t survive, and the other two were shunned by their mom. Perhaps the mom was exhausted and saddened by the loss of two of her pups and couldn’t handle the two surviving – a sort of canine postpartum depression. But, thankfully, that wasn’t the end of the story for the poor tiny puppies.

A 2-year-old cat named Nessy came to their rescue, and since she had just recently given birth to a litter of kittens herself, she knew exactly what to do. She’s a beautiful Siamese-mix cat, and she shows that she has a beautiful heart as well, as she selflessly adopts the two tiny doggies as if they were of her own kind, despite having the difficulty of having a litter of kittens to raise already.

She carried them to the place where the rest of her litter was resting and started nursing them and feeding them as they so much needed. The puppies were finally able to find warmth and comfort in the company of their new kitty siblings, and the scene is just too adorable to be described in words. Your heart will melt like mine did when I watched the video for the first time. It’s just too cute for this world. 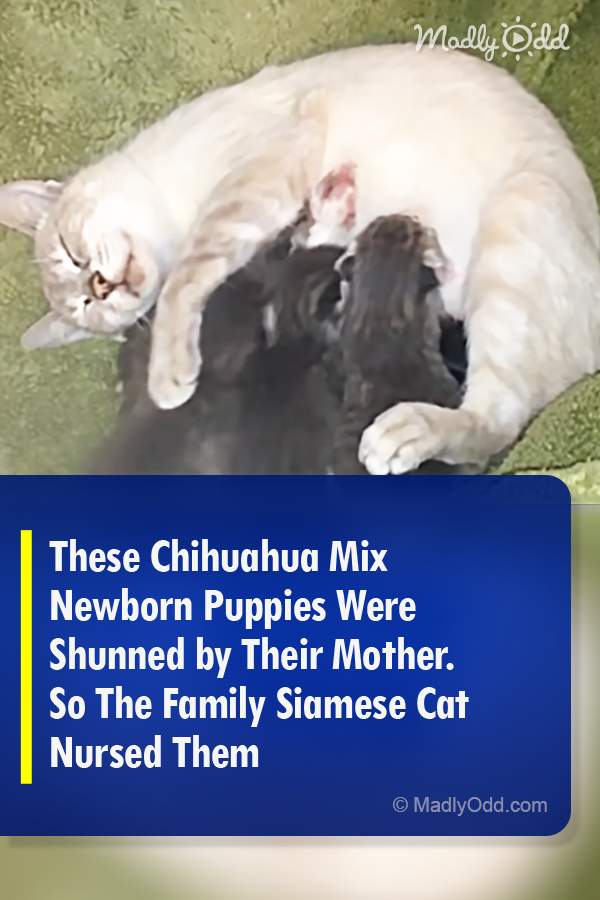