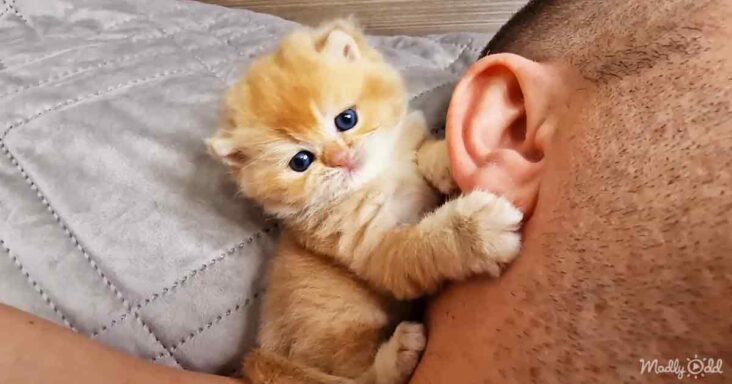 Millions of people’s hearts melted when they saw a one-month-old kitten named Pinky nibbling on a man’s ears. She was undoubtedly looking for milk in the wrong place. 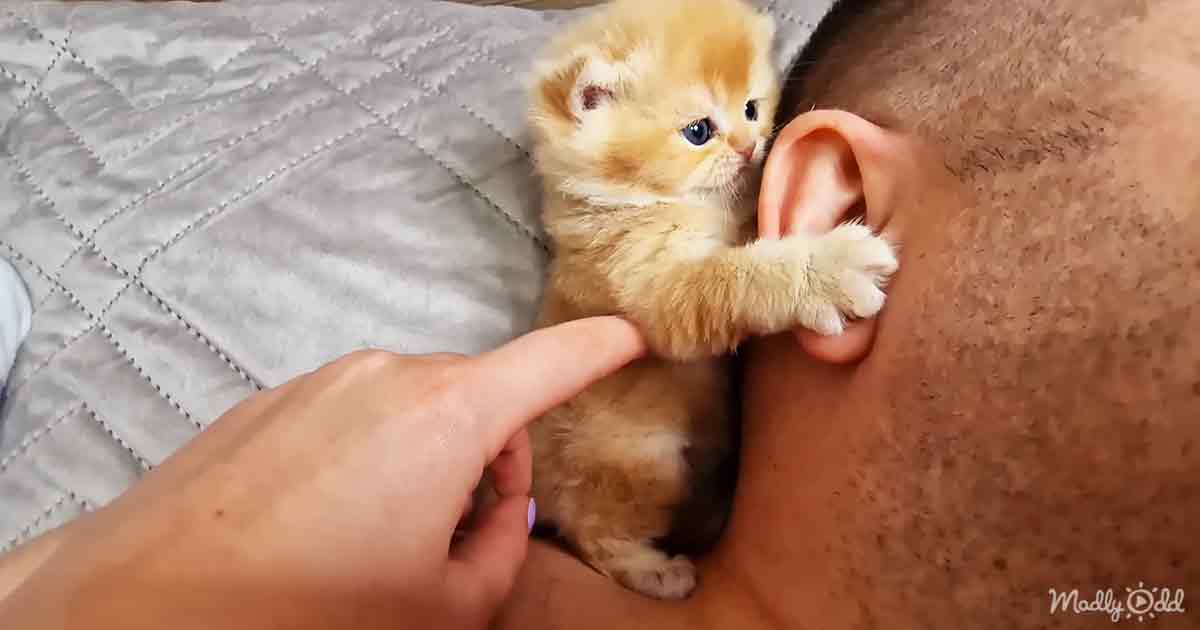 Pinky had bright blue eyes and orange fur. She was smaller than the man’s head and lay right beside him. Then Pinky lightly suckled on his ear and kneaded with her microscopic paws.

Kneading or “making biscuits” is what kittens learn to do when they’re young to stimulate their mother’s milk. It’s a habit they carry with them for life, and they usually do it when they feel at ease. 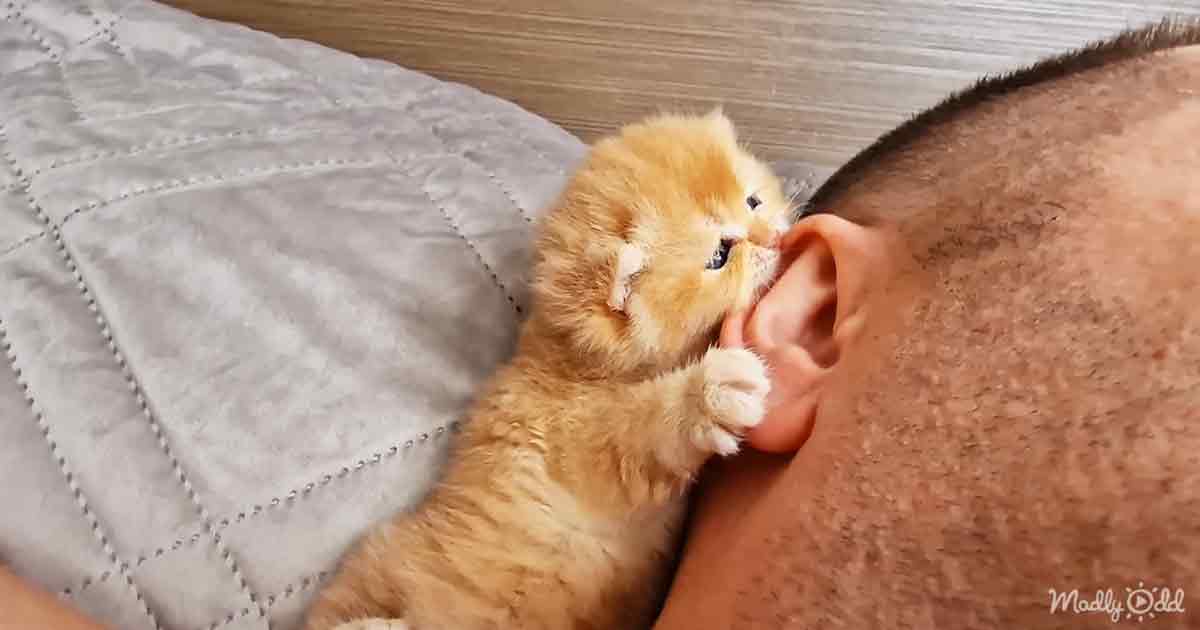 The man lay perfectly still as Pinky used all her might to nibble on his ear and press her paws against him. Another person was recording and couldn’t help but laugh at the cuteness.

Pinky would lightly groom herself every now and then, an action she most likely learned from the other British shorthair cats she lives with. The man was used to this kind of attention from all the felines. 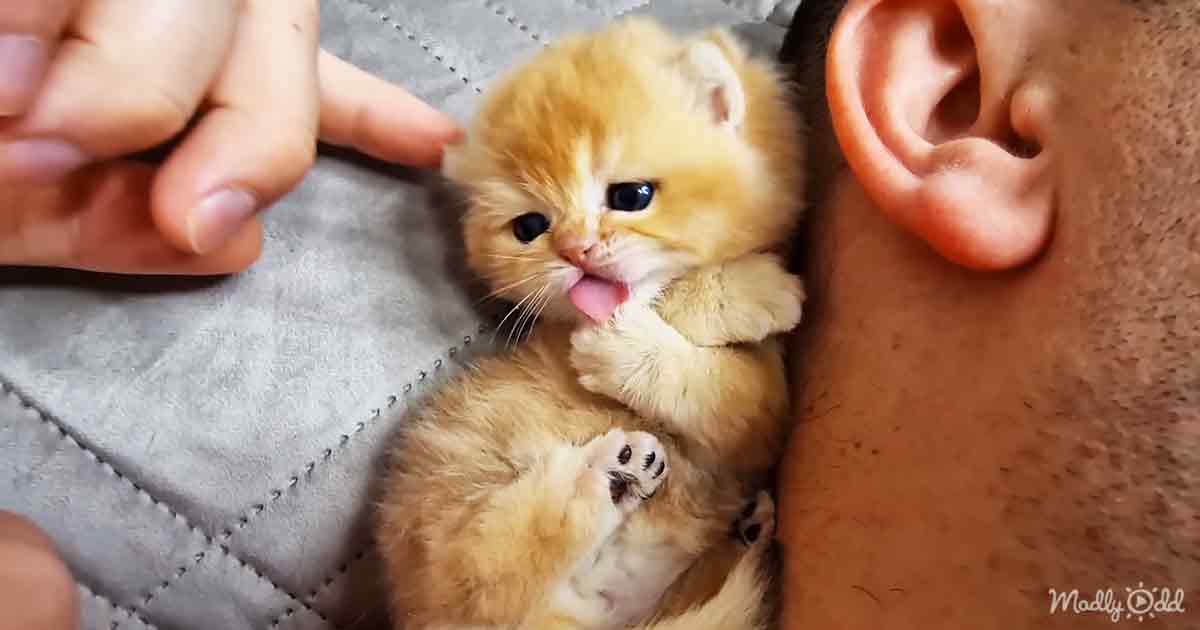 Pinky couldn’t get enough of her human friends. She went right up to the camera and pawed at it until she got tired and went back down.

When she was done with the ear nibbling, she went back to cleaning her own paws. Pinky’s behavior showed that she was comfortable and felt safe around her company. 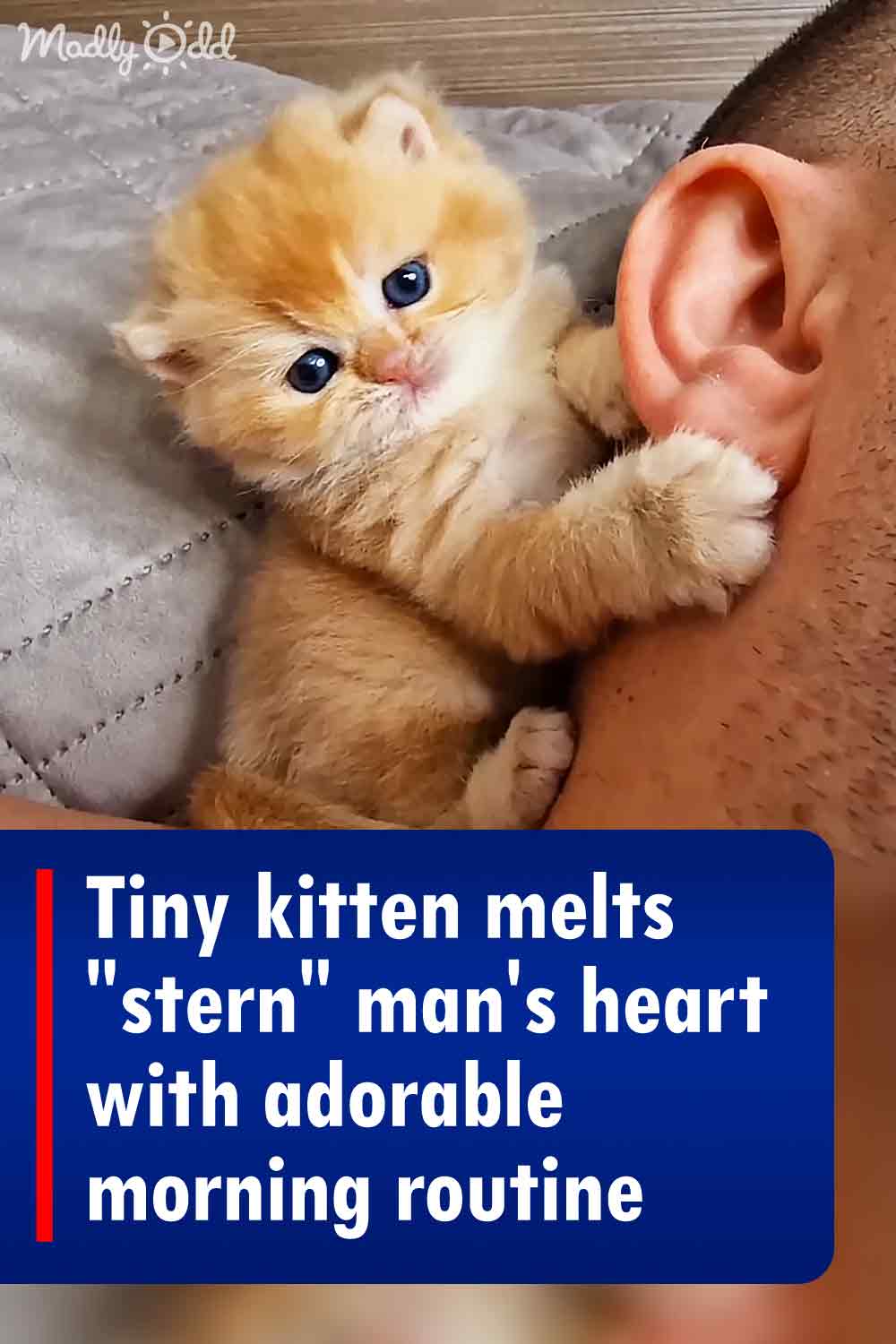