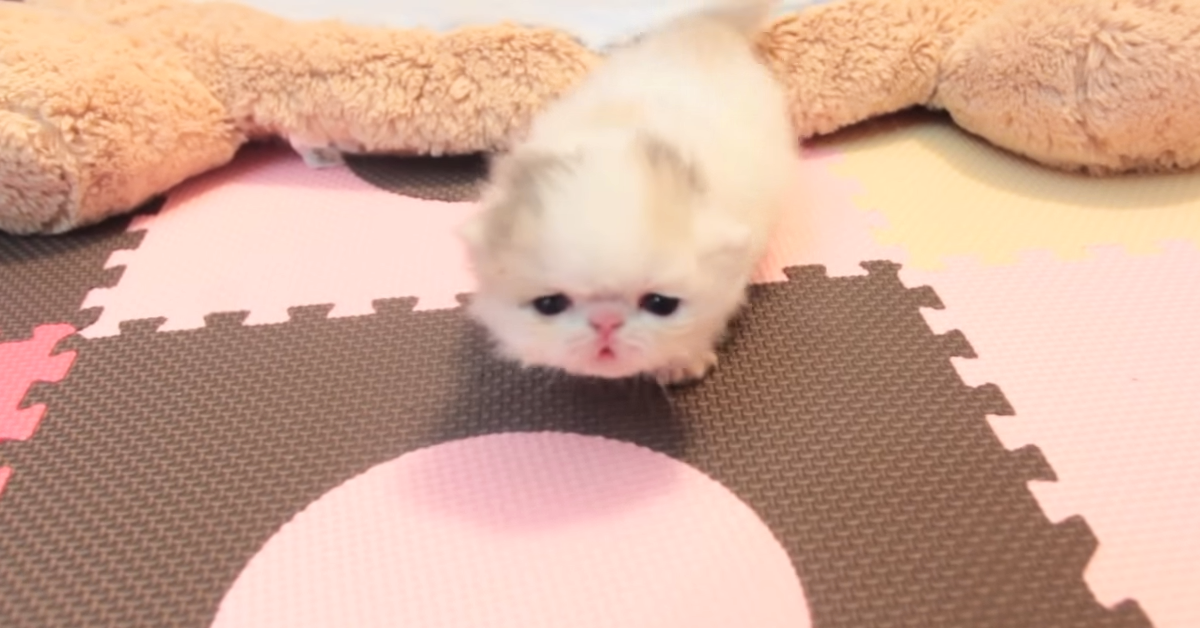 Marshmallow has just passed the 3-week-old mark. Compared to a life of around-the-clock suckling, and sleeping around at age 2 weeks, newborn kitten Marshmallow has developed new moves.

She first practiced holding her head steady, fixating her teardrop eyes on you. Marshy then became able to rest her tushy in a sit position. After that, she started standing on all fours, quickly building up the strength in her limbs to start walking.

At the same time, Marshy began to learn from her mama “Mochi” the art of self-grooming. On a couple of instances, it appears as though Marshy was sucking on her own “thumb” while sleeping. Super cute. Marshmallow is also becoming more and more comfortable spending time outside the nest box.

As Marshy has grown and developed, mama Mochi has also developed stronger maternal instincts, becoming more responsive to her kitten’s needs. One special treat that we’ve noticed is that when Marshy suckles with all her might, her ears tend to flap like wings. .

Watch the video to see the immense love and affection this little three-week-old baby gets from her mommy. It’s so heartwarming.