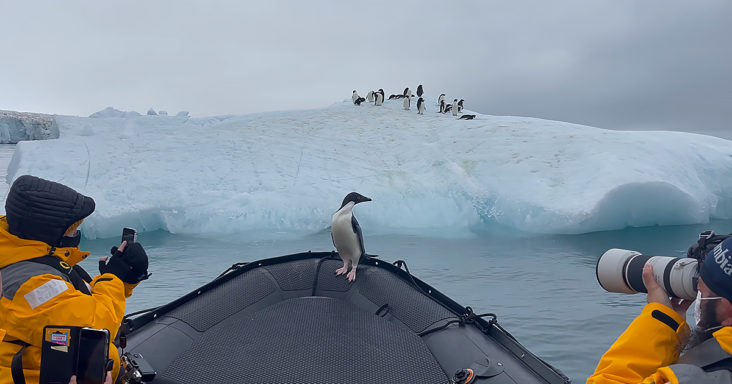 Adelie penguins are the most common penguins in Antarctica. However, to get a close view of these birds was a rare deal. Vladimir Seliverstov, from Russia and many other tourists traveling to Antarctica, had this rare moment captured. 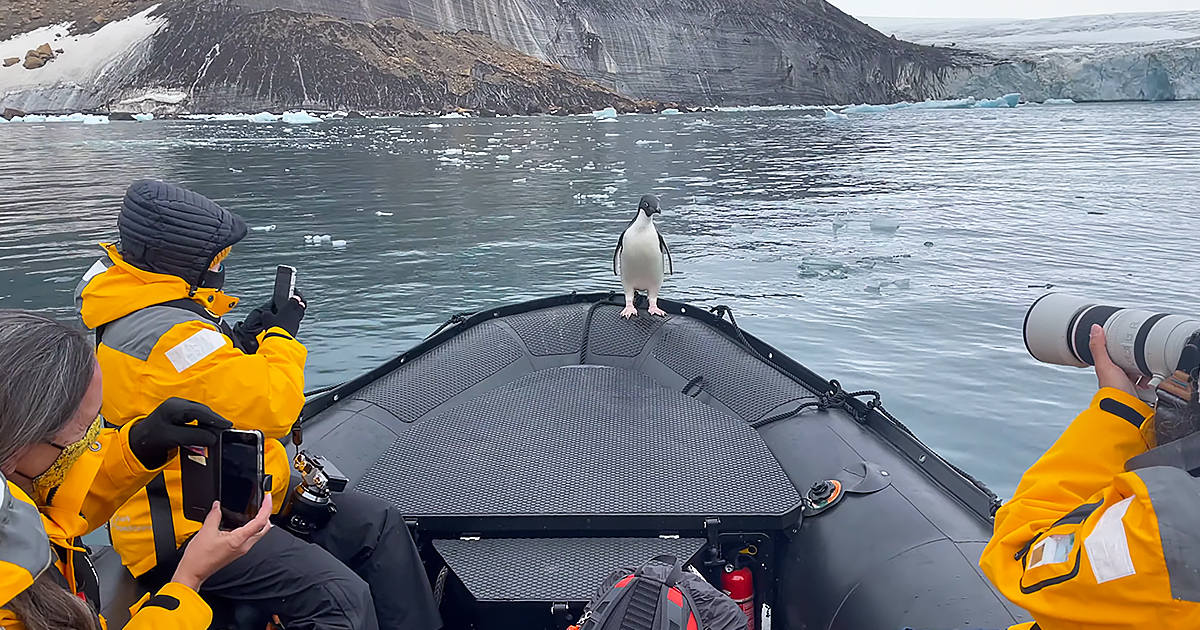 Seliverstov and his fellow travelers were cruising on a Zodiac around an iceberg when they found a penguin swimming for his life. The little fellow was trying to save himself from a hungry leopard seal.

After hitching a boat ride, the penguin did not want to get down into the water. Seliverstov and the tourists were overjoyed, as this was a once-in-a-lifetime opportunity for them. They had never expected such a rare sighting up-close. 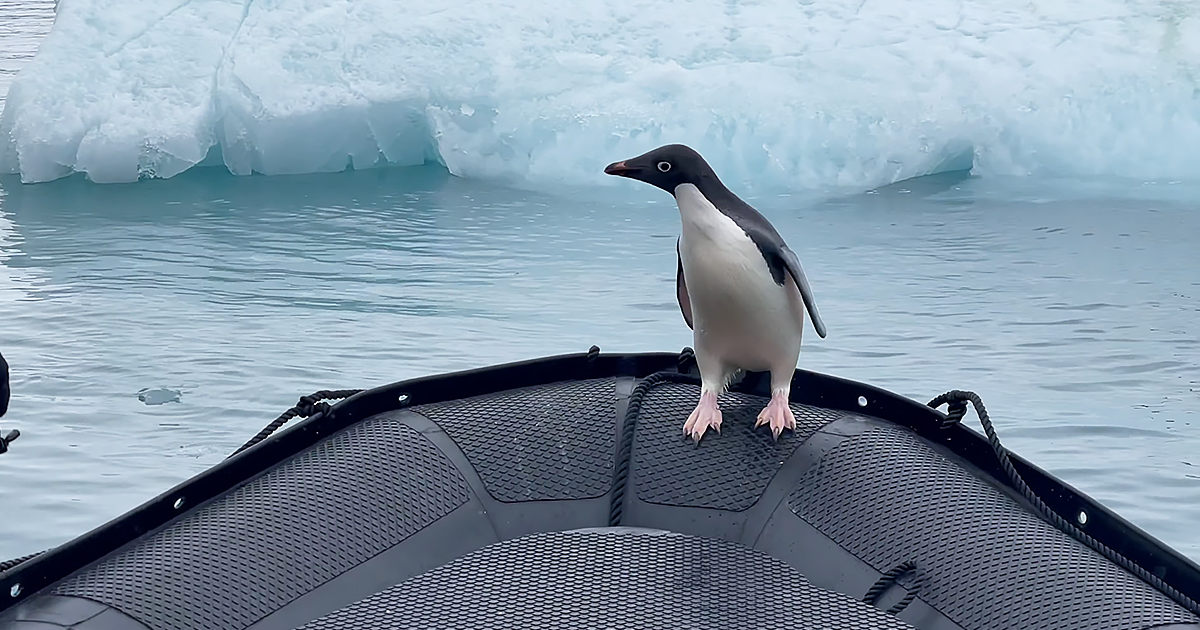 The penguin was very comfortable around the people. The little one looked around quietly. He then stood calmly near the edge for a few seconds and kept on looking towards the people while everyone took a snap of him.

As the penguin was going nowhere, the kind people decided to lift him. Then, the boat turned around slowly and moved towards the iceberg where the penguin’s friends were waiting for him. 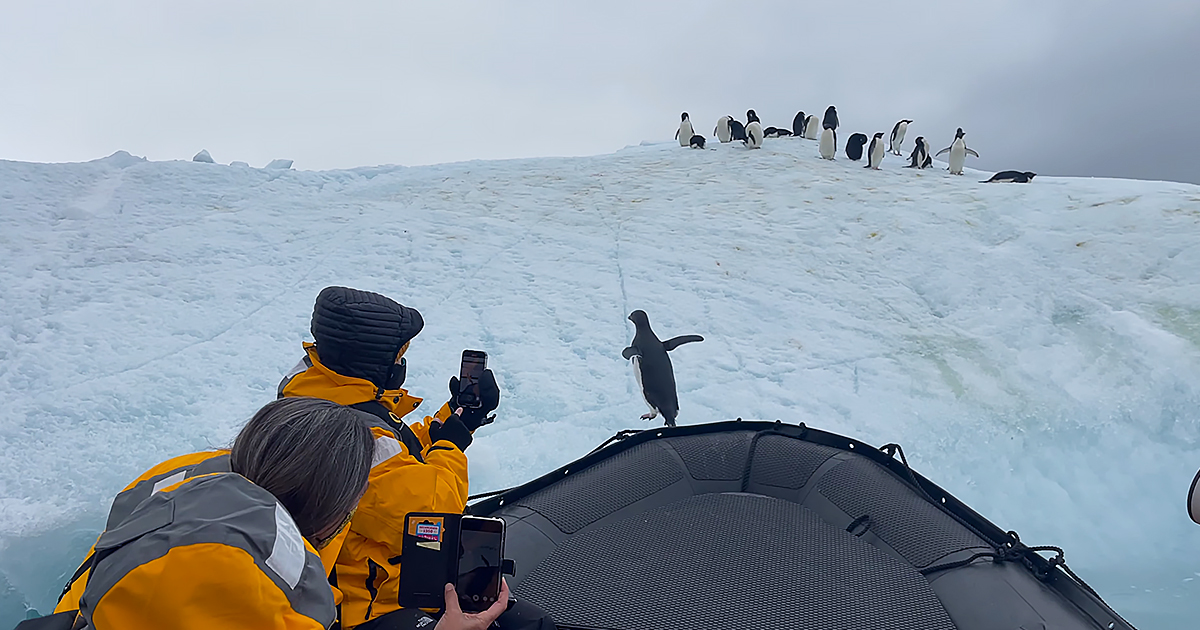 One of the persons on-board even spoke with the penguin. He told him, “You’re going to make them jealous.” What he meant was that as the Adelie penguin got a lift on the boat, his friends would be jealous.

When the penguin reached the iceberg and tried to get out of the boat, one of the female tourists told the little one, “You can do it.” After that, everyone cheered for the clever yet adorable penguin. The penguin soon jumped and walked away to his friends.