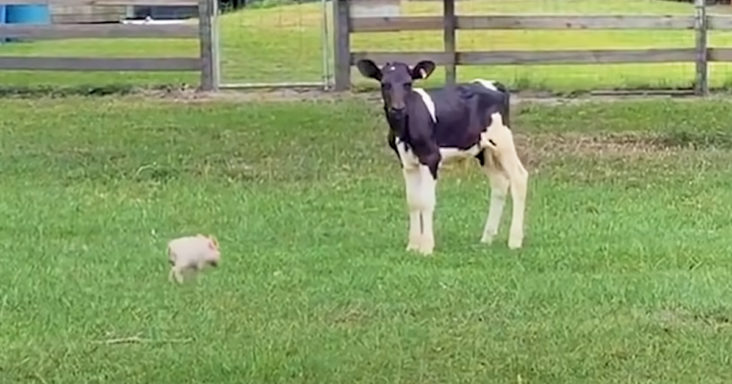 Critter Creek Farm Sanctuary had received a call from South Florida, SPCA, about a unique piglet and calf they had rescued. They asked Erin, who worked at the sanctuary, to take them in. 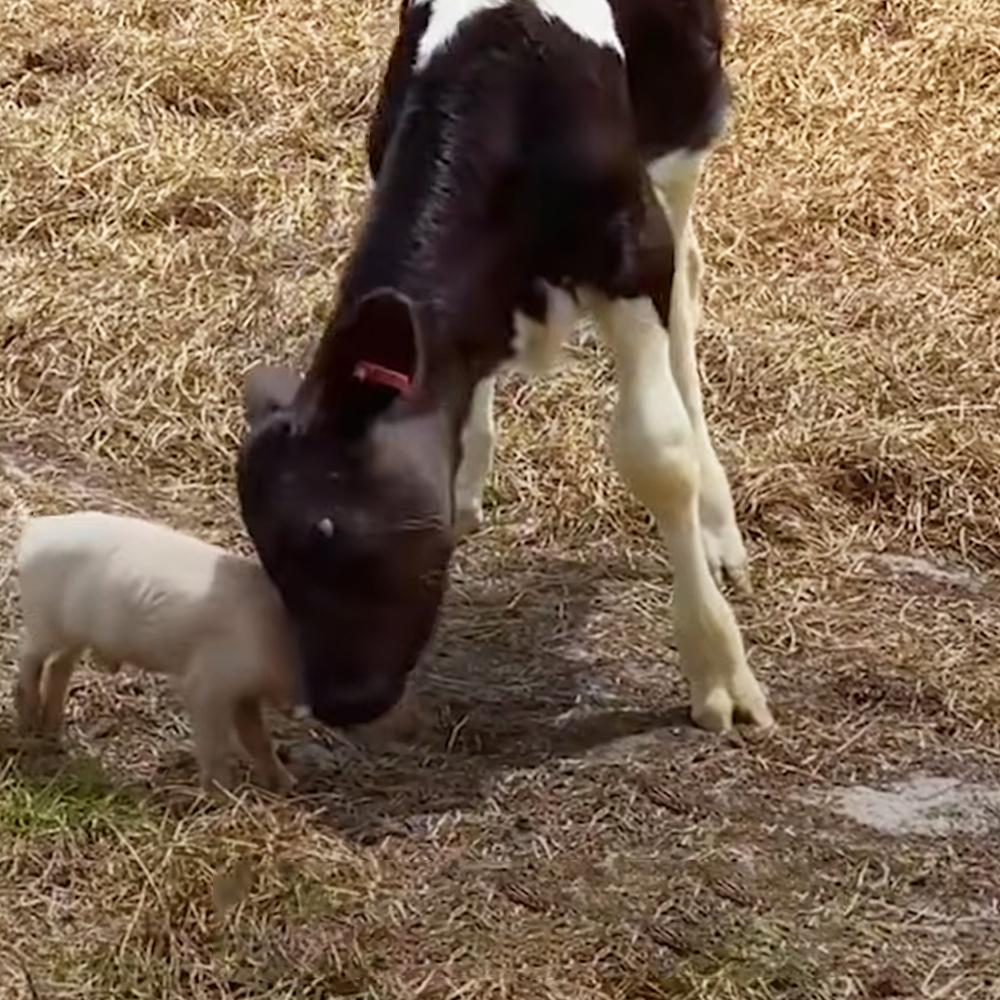 The SPCA team informed Erin from the start that both the animals needed to stay together. So Erin and her team were thrilled to bring Lionel, the calf, and Amos, the piglet, to the sanctuary.

The little piglet Amos thought that the calf Lionel was his mother. So whenever he was scared or needed to feel safe, Amos would run to Lionel, and the calf would clean the little piggy and rub his head on him. 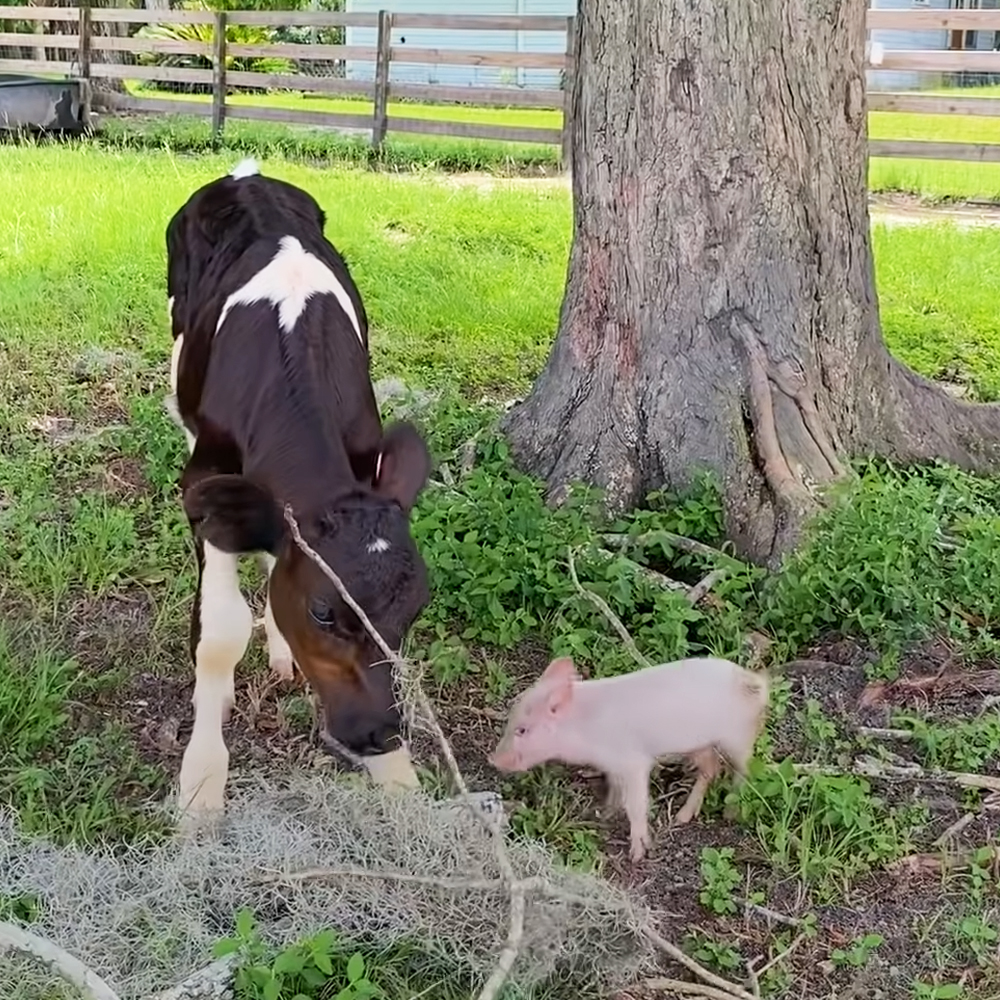 Both the animals were a bit hesitant to come out of the stall in the beginning. However, once they came out, they made new friends. This was when both of them relaxed a bit. Lionel would run around in the field and do zoomies and high kicks. 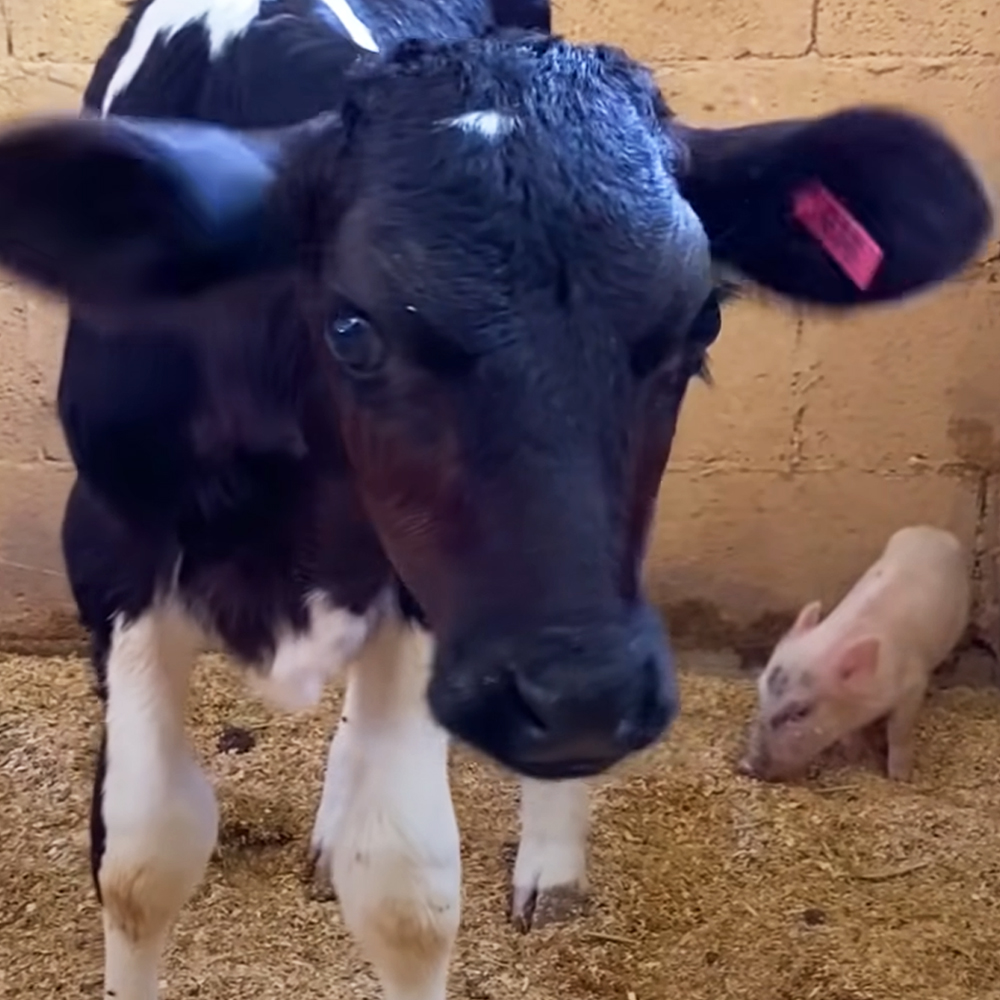 Both of them had lost their families, and thus, they chose each other as their family. That was what kept them together. Both the animals had a fascinating dynamic. Amos obviously loved mud, and Lionel was not so fond of it. So, to be with his friend, Lionel would just follow along, and both of them would come out with adorable little mud socks.

On the other hand, Lionel loved hay piles. Amos, however, was not convinced that it was an exciting thing to do but followed his friend. According to Erin, when two different species survive together, they learn other things. It’s heartwarming to find how animals can find love in the darkest situations. 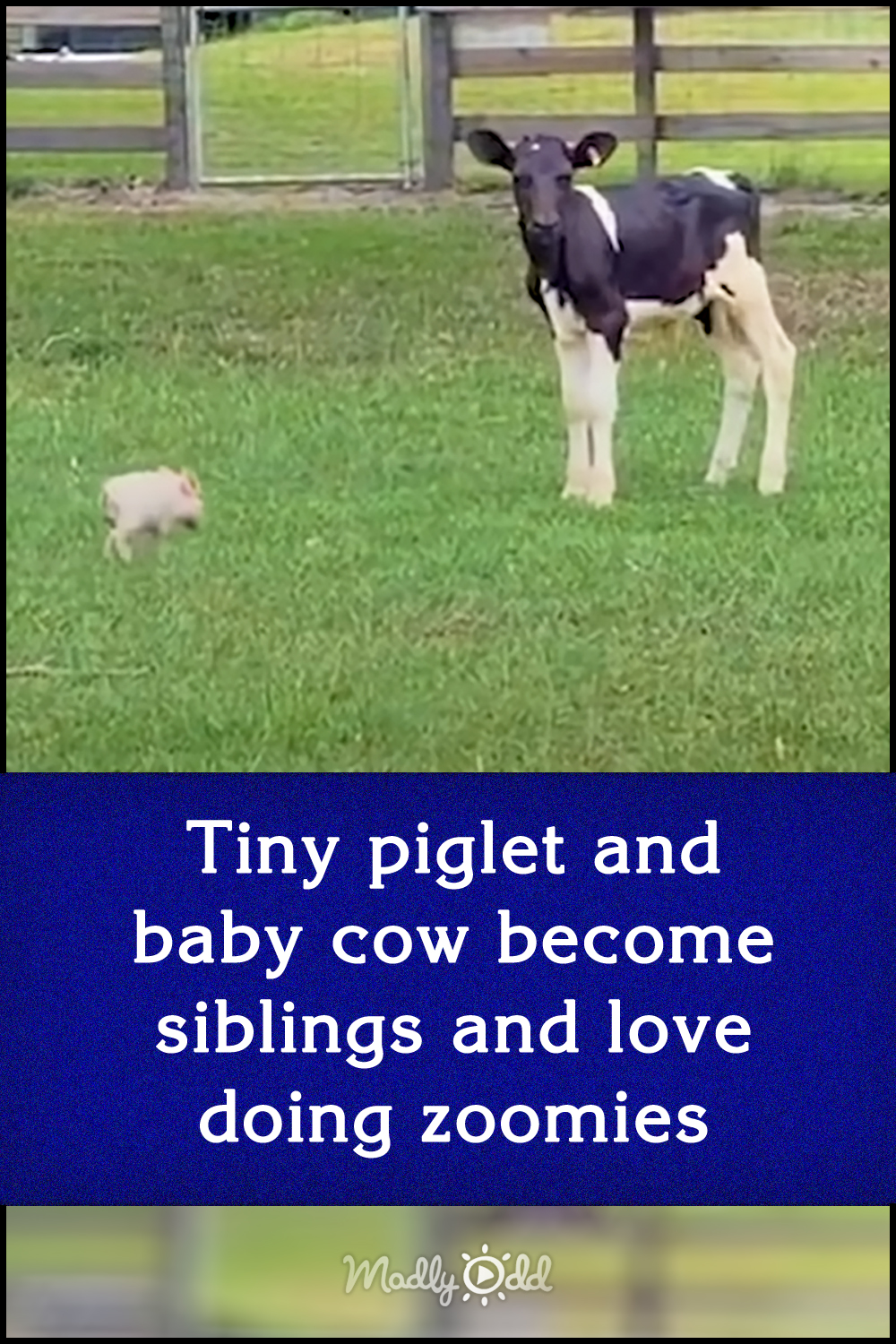