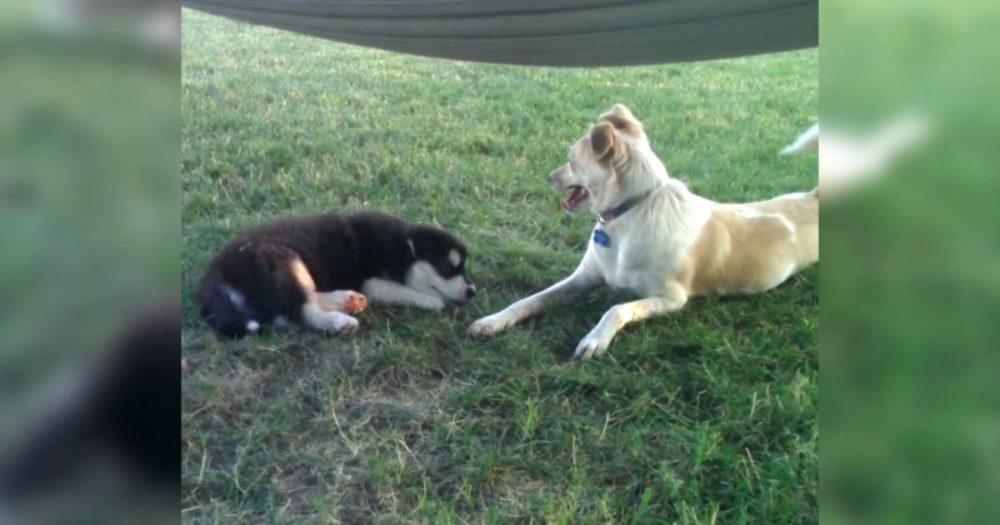 Dogs are probably one of the most adorable creatures in the world. And their puppies are even cuter if that’s possible. Puppies tend to be more playful and restless than their older counterparts. Take for example the cute little pup featured in the video below. You are going to be in hysterics when you see this.

This puppy was playing with his older brother. He is very lively and enthusiastic, but the older pooch looks like he wants to relax for a bit. The puppy however doesn’t give him a chance to unwind. He is really determined about playing with the dog. That’s when the puppy lets out an adorable bark. You are going to be in stitches when you see what the older dog did in response. 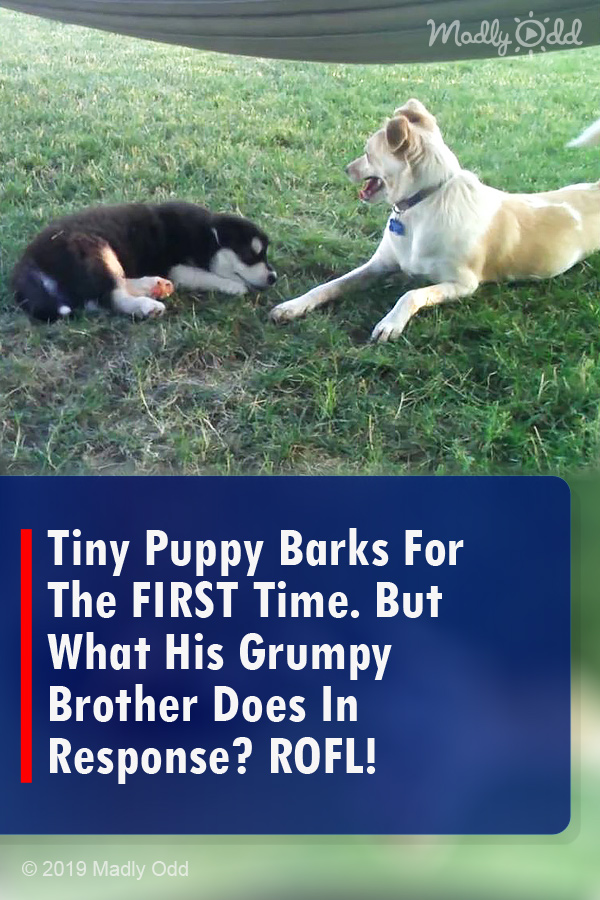