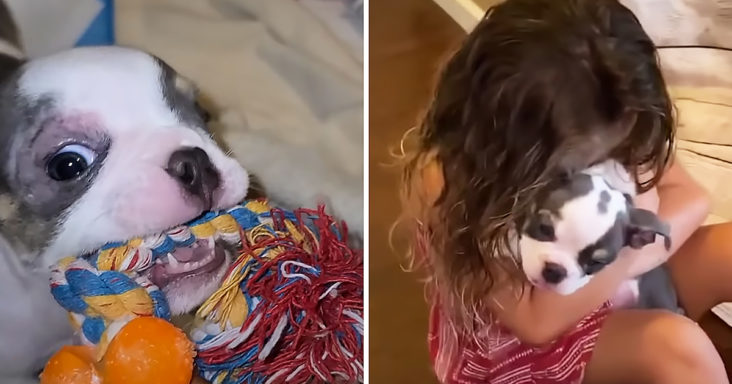 A tiny puppy who was just 1.2 pounds had a great deal of attitude. First, the dog would try to chew on Paola’s pants and watch. Then, later on, he would just chew on anything he could grab.

He was definitely not a calm puppy and had more energy than Paola had imagined. When the puppy would get excited, he would just chew on anything. The puppy was staying at Paola’s home temporarily. She was afraid that he would not get adopted if he did not stop biting.

However, Paola’s daughter Aliyana observed that if the dog would ever hurt her, he would go right to the door and start crying. Aliyana instantly knew she could help the puppy. 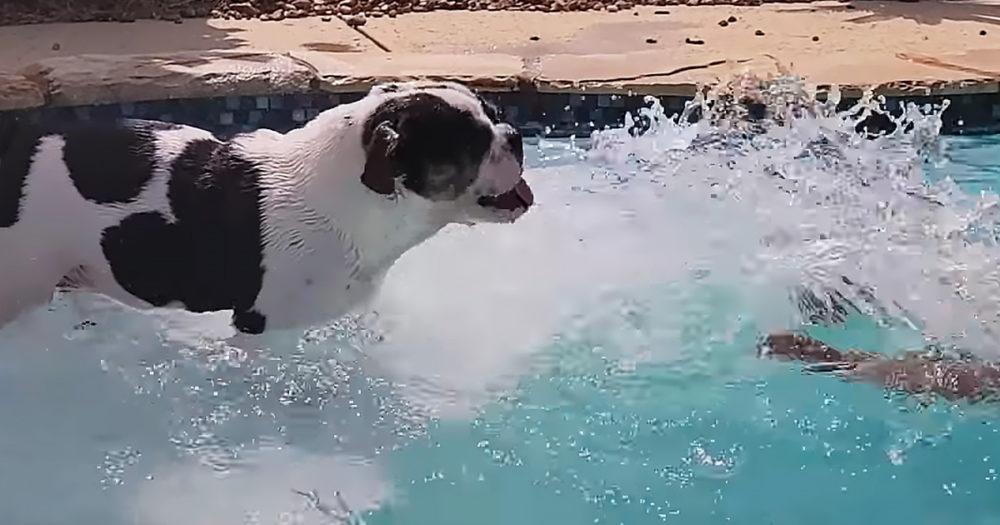 Even the dog had chosen his human. Aliyana started to train the dog with toys at first. Later the dog found his favorite blanket and would chew on it. This was still better as they used to get a ton of them for him.

As he grew, he started to sleep on his back which was too cute to miss and looked funny. Aliyana and the puppy were very fond of each other. They are always up to something. Even tearing her school books.

This is when Paola decides to adopt the puppy for her daughter. Aliyana was super excited to see the tag. The puppy was just so special for the little girl, and Paola was just glad that they could keep him.

The two genuinely belong together. The puppy now has a happy home and a caring family to take care of him and lives a happy life with his new family.