Mother Nature can sometimes throw us the most unexpected curve balls imaginable. She is always good for a surprise when you least expect it. Take the story of “Abbey” the Dachshund, and “Bone Digger” the “Barbary” Lion. These two inseparable friends were born within days of each other and grew up together on a small wildlife park in Oklahoma. Since they were pup and cub, the two best friends have spent every day of their lives together.

G.W. Interactive Zoo’s Park Manager, John Reikene, had this to say about the incredible relationship these two unlikely friends share “The most amazing thing is the bond that they have built”. Even if Abbey is taken away from Bone Digger for a short time he paces up and down his enclosure crying until they are reunited. Abbey and her three companions, also Dachshunds are constantly licking the magnificently-manned-mammal and just love being around him.

Abbey is definitely Bone Digger’s favorite and just loves playing with her. She chases him around his enclosure, then the tables are turned and he chases her. The play can sometimes get rough, but no one is ever hurt. When you watch the clip below you will be just amazed at the strength of their bond and loving toward each other. It is truly beautiful to watch how two animals from totally different worlds can get along so easily.

John goes on to say, “he (Bone Digger) even bit at the fleas like you see dogs do to each other, it’s just crazy what they do” and he is right, to see such a majestic beast as a lion de-fleaing the likes of Abbey, the tiny sausage dog is something that you will never witness again in your life. The trust that abbey shows is just amazing, she has no fear at all from her gigantic play mate, there is certainly a great deal of trust there, but then again, I suppose these two best friends don’t know any different.

Bone Digger is very protective of his adopted canine family and makes sure that they are ok. Manager John is the only person that Bone Digger will allow in his enclosure as he will chase anyone else out, anyone of course except Abbey and her posse. “I’ve never had any fear of him, and nor does Abney”. Lions are an animal that demands respect, but these are also capable of being very gentle creatures indeed.

John finished off by saying “the lesson that you get from Abbey and Bone Digger living together is that, he is a wild animal but he can be tamed, and the dog is a tamed animal, but it can be wild. There is a little bit of each animal in either one of them.” 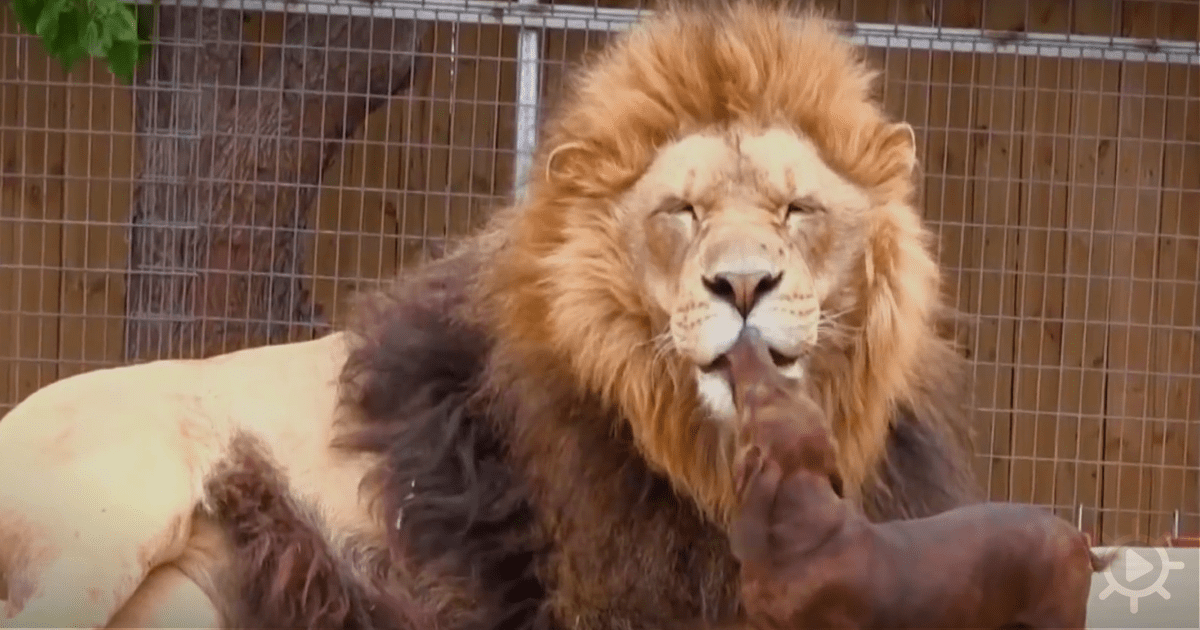